The white, one-story building at 521 E. Poinsett Street in Greer may be unassuming, but the amount of activity inside is astounding.

Daily Bread Ministries’ Greer Soup Kitchen serves 100-120 meals seven days a week but feeding Greer’s hungry and homeless is just the beginning of what the organization’s more than 500 monthly volunteers are accomplishing.

Established in 1990, the soup kitchen was started when concerned citizens observed that people in their own town were going hungry. Receiving no government or United Way funding, the nonprofit organization relies on donations of food and funds from individuals, churches and businesses. And while many food banks and pantries have experienced a decline in donations during the COVID-19 pandemic, the shelves at Greer Soup Kitchen stay stocked.

“It’s a God thing,” says Executive Director Martha Bennett. “If it weren’t for the city of Greer and the area around Greer, I don’t know if we could operate. People are so giving and so loving, and they truly understand that we’re helping people, loving them and trying to get them to a better way of life.”

In addition to canned goods and non-perishables, Greer Soup Kitchen receives a daily delivery of whole pizzas from Little Caesar’s and breakfast biscuits from Chick-fil-A. Donations of fresh produce from Lowes Foods supplies the organization’s restaurant-style kitchen where everything is made from scratch, says Bennett, the former owner of Chelsea’s Café & Catering.

The organization also takes care of Greer’s younger citizens in need. A Summer Lunch Buddies program provides hot, well-balanced meals during the week to many students at Woodland and Chandler Creek Elementary Schools and gives them backpacks of food to eat over the weekend.

To help keep ingredients fresh and flowing, volunteers and recipients this year planted an organic garden behind the soup kitchen that soon will be teeming with fresh vegetables and herbs. 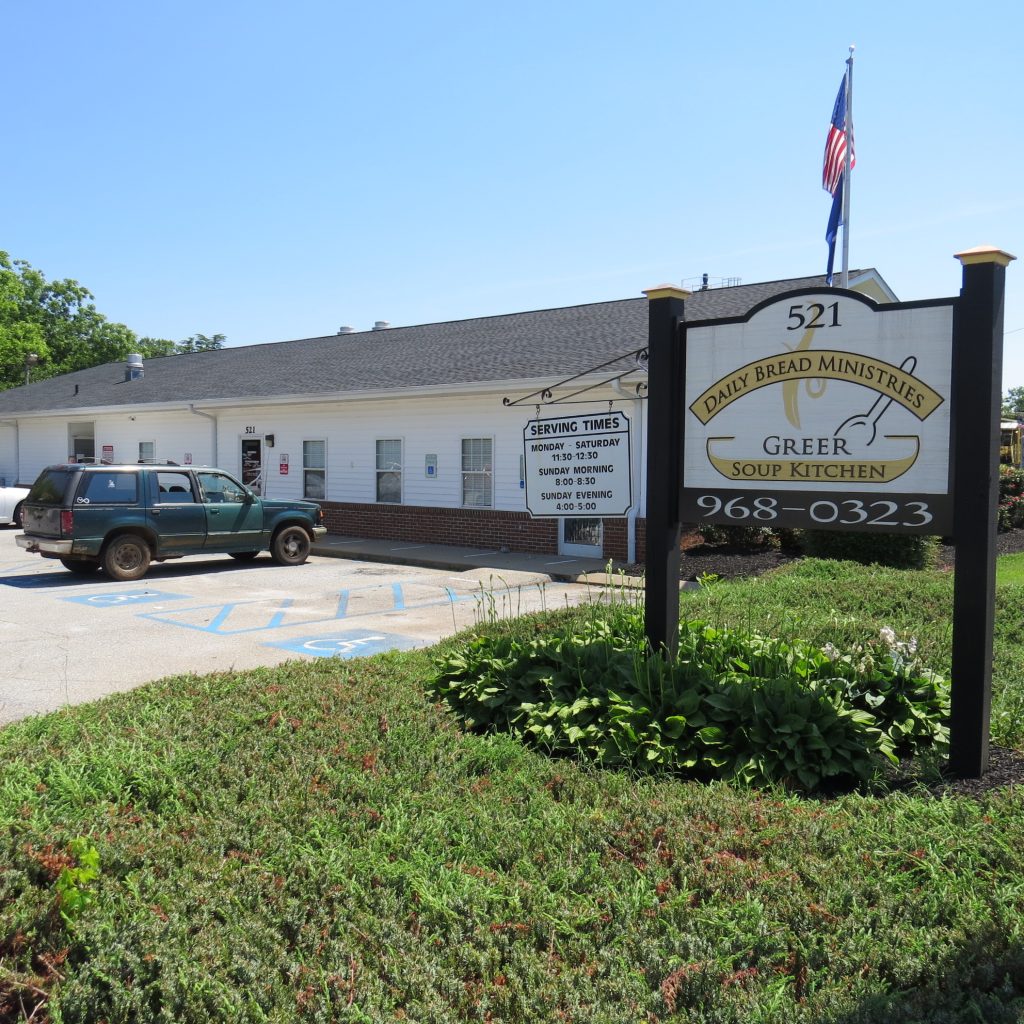 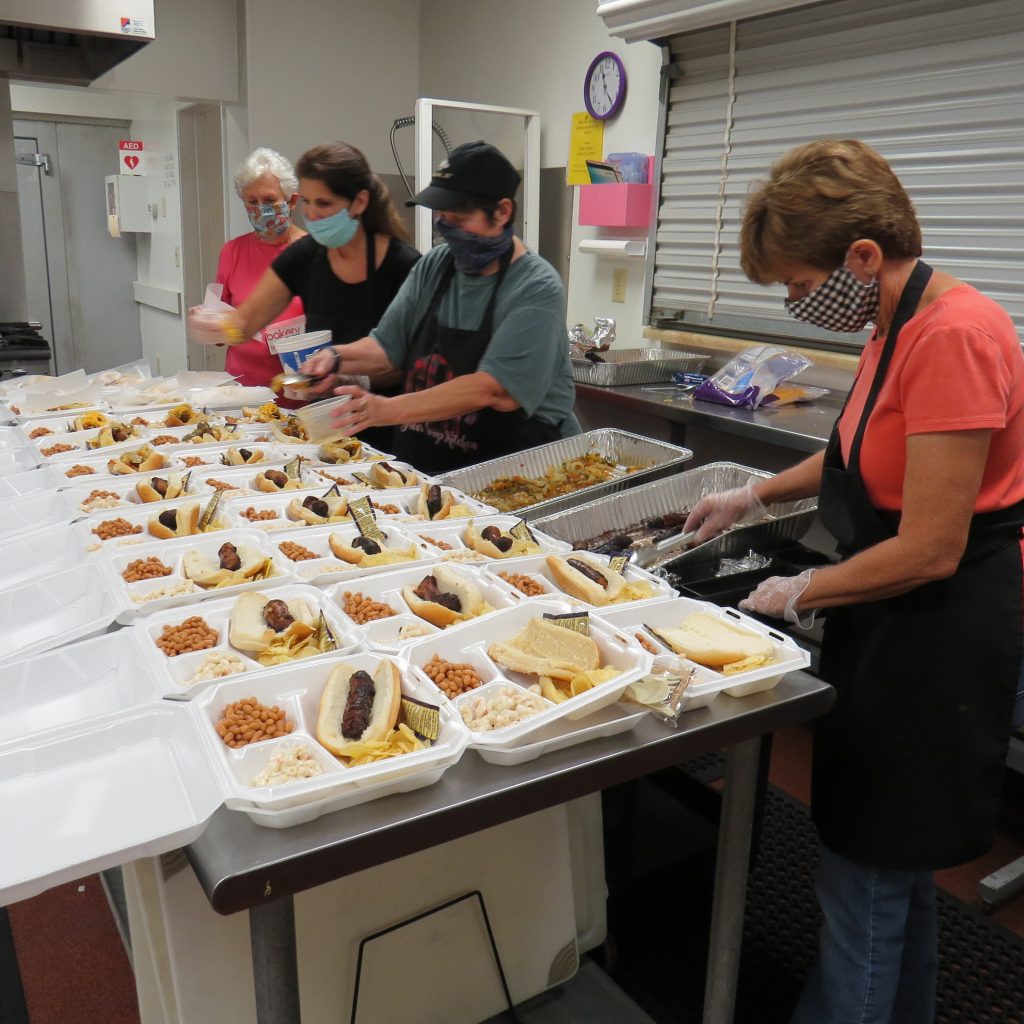 Greer Soup Kitchen is served by more than 500 volunteers per month. 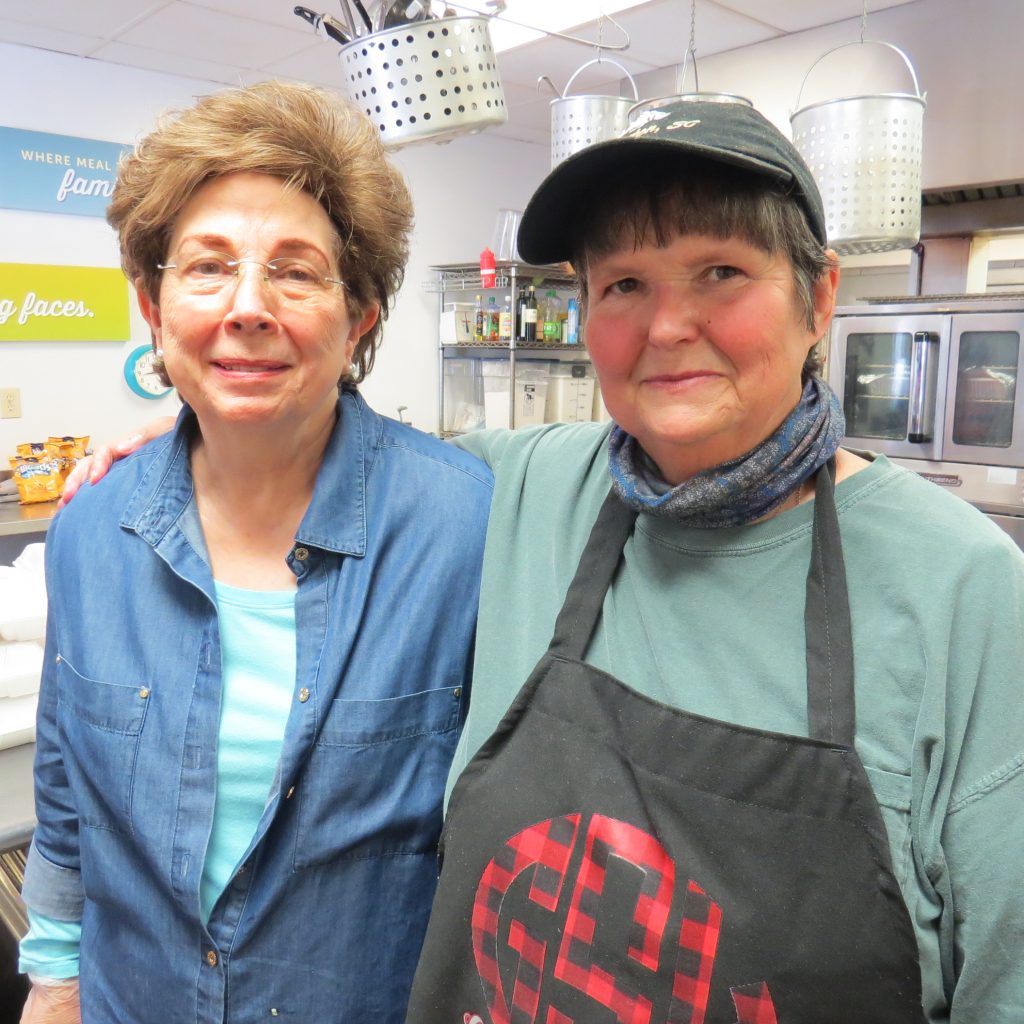 “Ours is a community garden,” says Greer resident Diane Dilworth, a three-year volunteer at Greer Soup Kitchen. “We’re growing squash, six kinds of tomatoes, cucumbers, basil, dill, oregano and more for use in the soup kitchen and to share with people so they can have fresh vegetables. And some of our older and homeless recipients are enjoying the garden by maintaining their own beds.”

Across the parking lot from Greer Soup Kitchen, Daily Bread Ministries operates four apartments for homeless families as temporary housing to allow them to get back on their feet. Housing includes a 90-day program managed by trained counselors and a licensed mental health professional.

And just two weeks ago, the nonprofit organization broke ground for five tiny homes being built next to the soup kitchen to house homeless individuals.

“We have so many individuals in Greer who need a place to stay,” Bennett said. “They’re living in cars, in the woods, in tents. So many things we take for granted, they don’t have for some reason that we don’t judge. We’re trying to get them back into society and living with God.”

For Bennett and volunteers like Nancy Webb who has been involved with the organization for 22 years, time spent at Greer Soup Kitchen is time fulfilling God’s call to love and serve one another.

For more information on the Greer Soup Kitchen and programs of Daily Bread Ministries, visit GreerSoupKitchen.com.