GREER, S.C. – If you’re looking for something spooky, Greer Heritage Museum has you covered!

“We’re adding on a brand new [ghost] tour this year that starts in the cemetery. It tells stories of the people who are buried there and their lives. Then it makes its way through the back side of town and some of the back alleys, telling stories of things that happened in the past that many people have forgotten about,” Greer Heritage Museum Director and “original Ghostmaster” David Lovegrove explained.

The new cemetery tour is titled Murders & Mayhem. It is lead by Lovegrove. 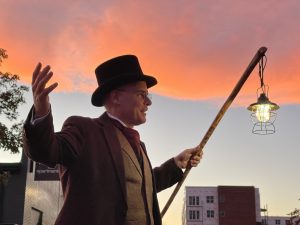 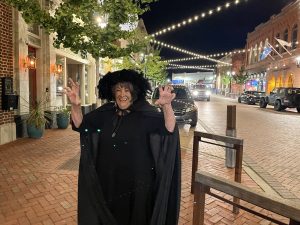 If cemeteries aren’t your thing, the museum offers another option.

“We call it our classic tour. It’s titled Ruffians & Scoundrels because Greer was founded as a town with a lot of alcohol and no police force. The result was a rough and rowdy place, and a lot of the ghost stories stem from that rowdiness. So, it goes through the early history of Greer, telling the stories of some of those people, some of the wild things that happened in those years, and it’s really rooted in the history of Greer,” Lovegrove said. “The cemetery tour tells completely new and different stories [that are] still rooted in real things that really happened.”

The Ruffians & Scoundrels tour starts at Greer Depot and wanders through Trade Street. It is lead by Cora Newcomb.

“Every tour ends in the museum,” Lovegrove explained. “We give you an opportunity to see the museum itself, and we even tell you a ghost story or two about the building.”

The tours are offered every Friday and Saturday in October. Tickets are $6 for children ages 5-15 and $12 for adults.

“They sell out very rapidly. We keep adding more, and people keep filling them up. So, it’s really something that fits our audience. It’s something that people really love and want to do,” Lovegrove explained. “We really aim these to be completely family-friendly. The reality is we’re talking about people dying and murders and there is some of that, but we handle it in a very family-friendly, lighthearted way. They’re very fun, and it really is appropriate for all ages.” 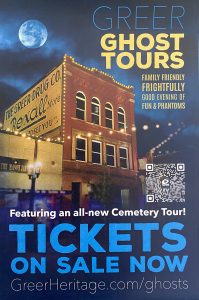 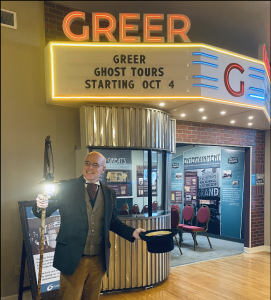 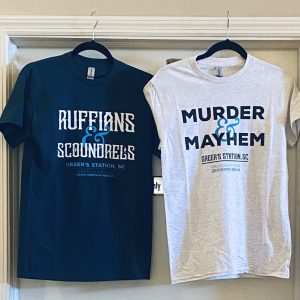 Of course, we had to ask David about his favorite ghost story.

“Okay, I’ll tell you the spookiest one that I just ran across this week,” Lovegrove said. “While I was doing research in the cemetery itself, a gentleman walked up to me and said, ‘Do you know about the hands over here?'”

“And I said, ‘What hands?'” Lovegrove explained.

Lovegrove said the gentleman’s grandfather told him that you can see hands coming out of one of the graves at night. Lovegrove then researched the man, Isham Mayfield, who was buried in that grave, and he found that Mayfield was sleepwalking one night and fell into a well and drowned.

“I can only image that maybe he’s trying to climb his way back out,” Lovegrove said.