Tucked away off Mauldin Road in Greenville is a 25,000-square-foot building that for seven months out of the year resembles Santa’s workshop.

It’s the home of the Greenville Woodworkers Guild where, in 2020, members recorded 1,800 volunteer hours to make 1,100 toys for 14 area charities to distribute at Christmastime. And so it has gone for the past four decades, with the Guild celebrating its 40th anniversary in 2021.

“We typically have somewhere around a thousand toys to distribute amongst the organizations, and they run the gamut from little cars to 3-D puzzles to airplanes to tractors,” said the guild’s Executive Vice President John Arnold, who serves as co-manager of the toy program. “It’s just a great program and there is no cost to any of the organizations that get the toys.”

From April 1 until the end of October, about 20 guild members gather every Tuesday from 9 a.m. until Noon to create hand-made toys for the holidays. Guild members decide each year what they’d like to make, with materials and workspace provided to members by the nonprofit organization. The only outside contribution for the toy program comes from a local John Deere dealer which donates the brand’s iconic green and yellow paint for the hand-crafted tractors.

The toy program has been an integral part of the Greenville Woodworkers Guild since the beginning, expanding over the years to support about 15 organizations such as Ronald McDonald House, Meyer Center, the Children’s Hospital, and the police and fire departments in Mauldin, Simpsonville and Fountain Inn. 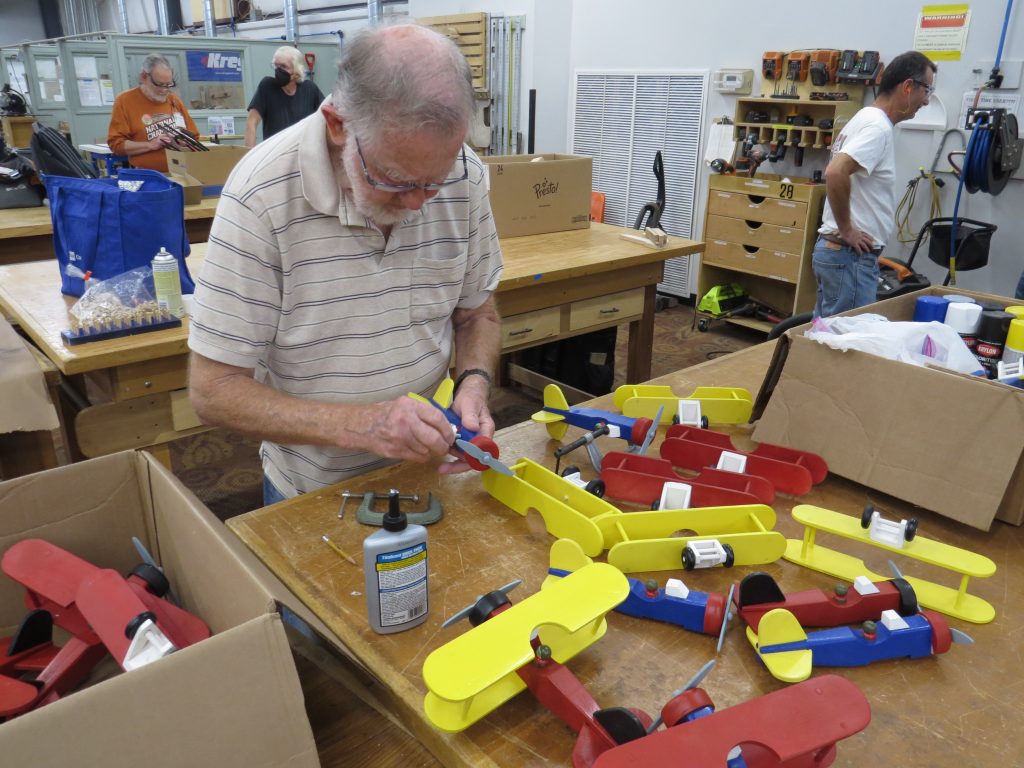 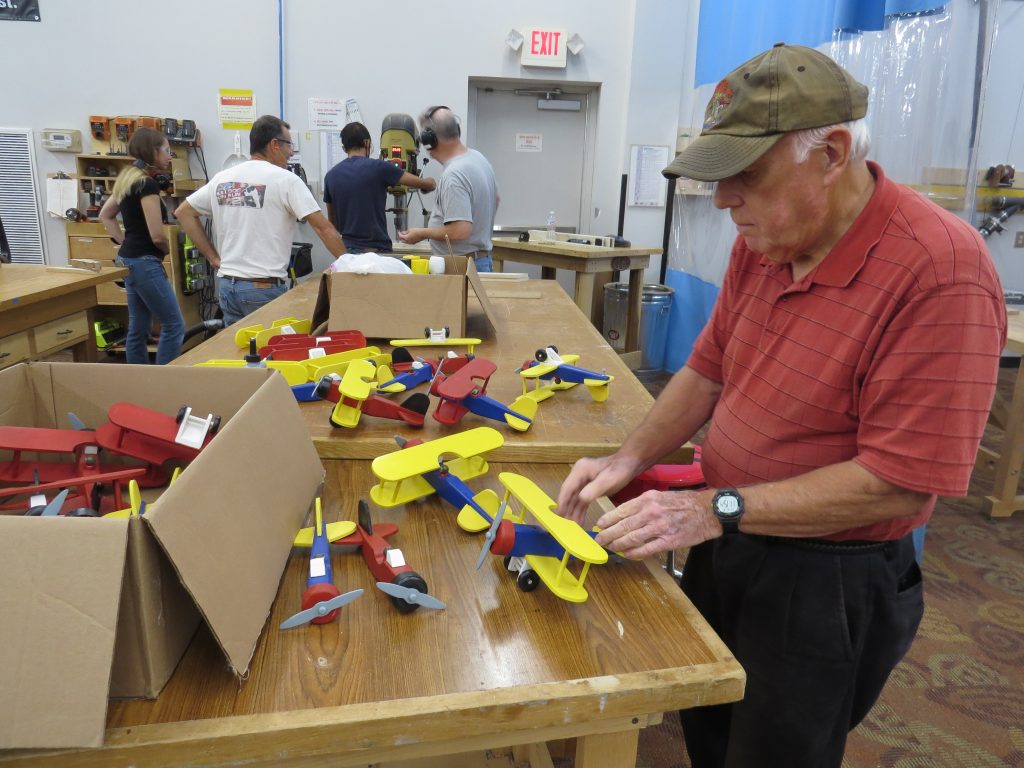 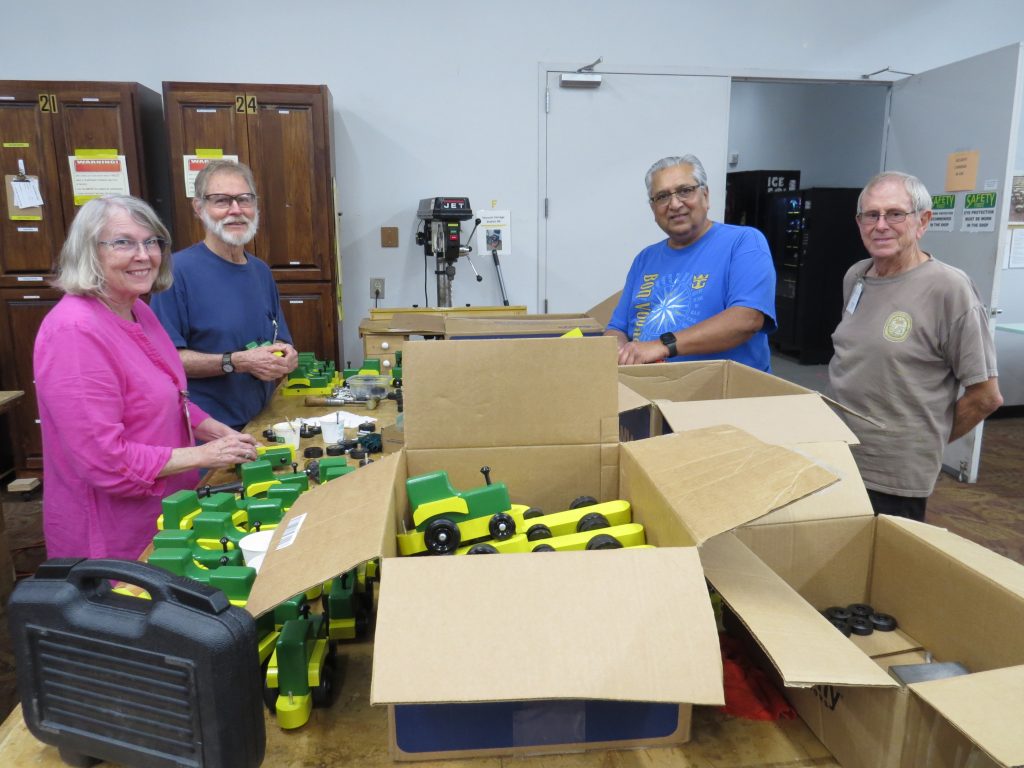 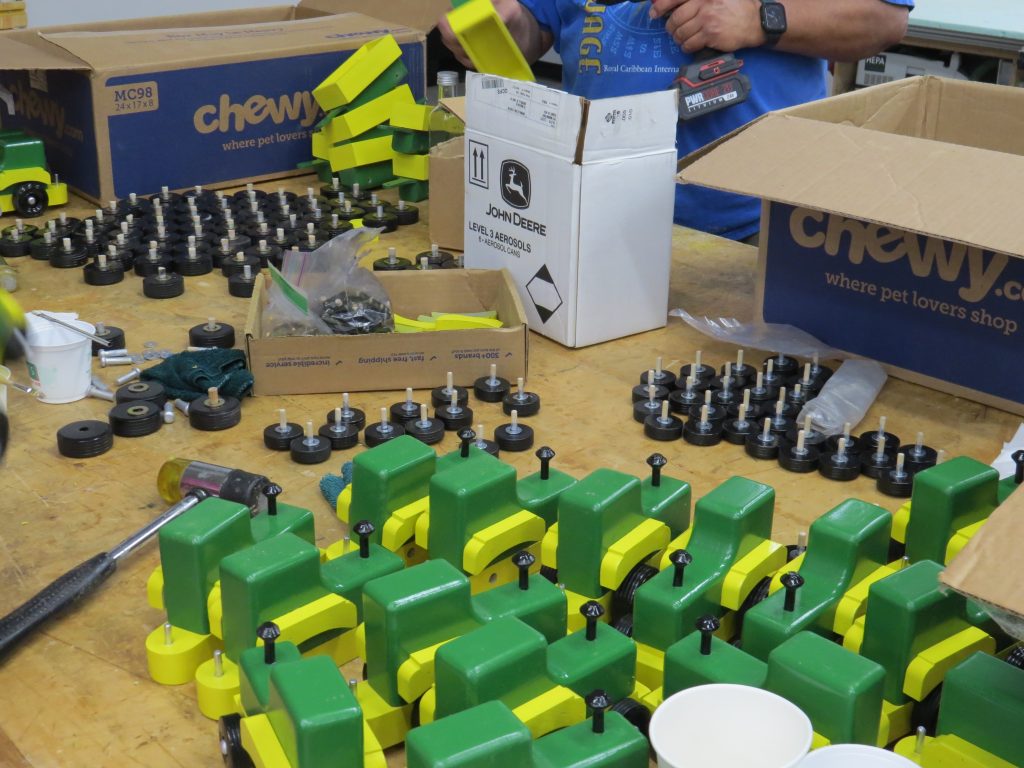 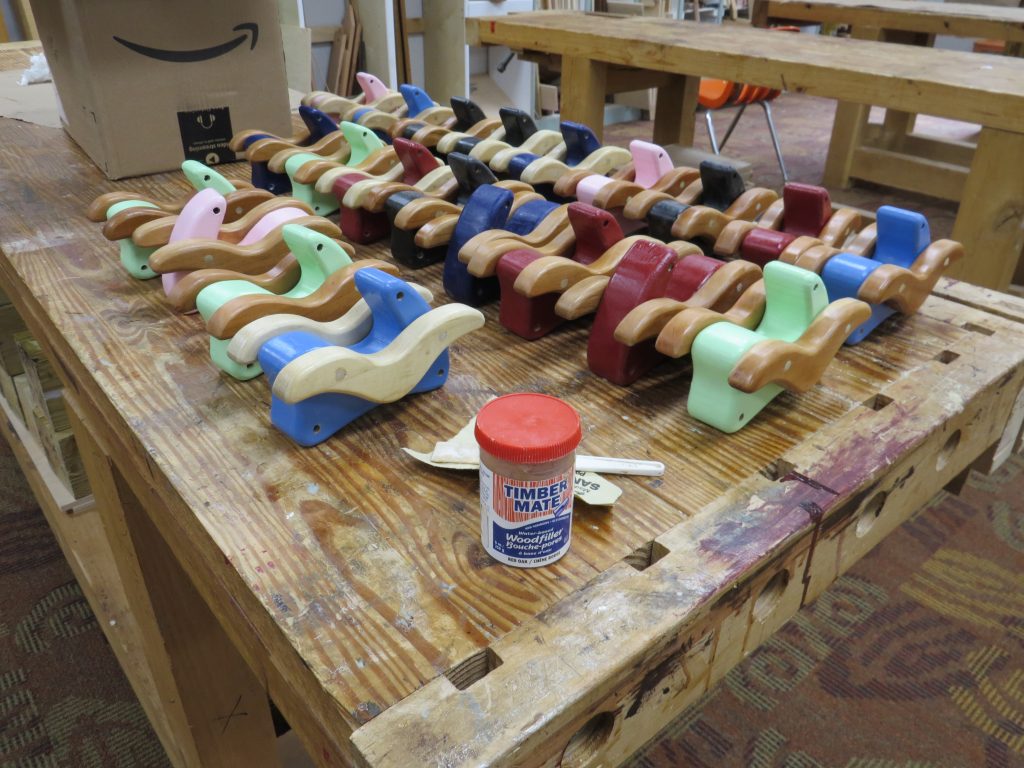 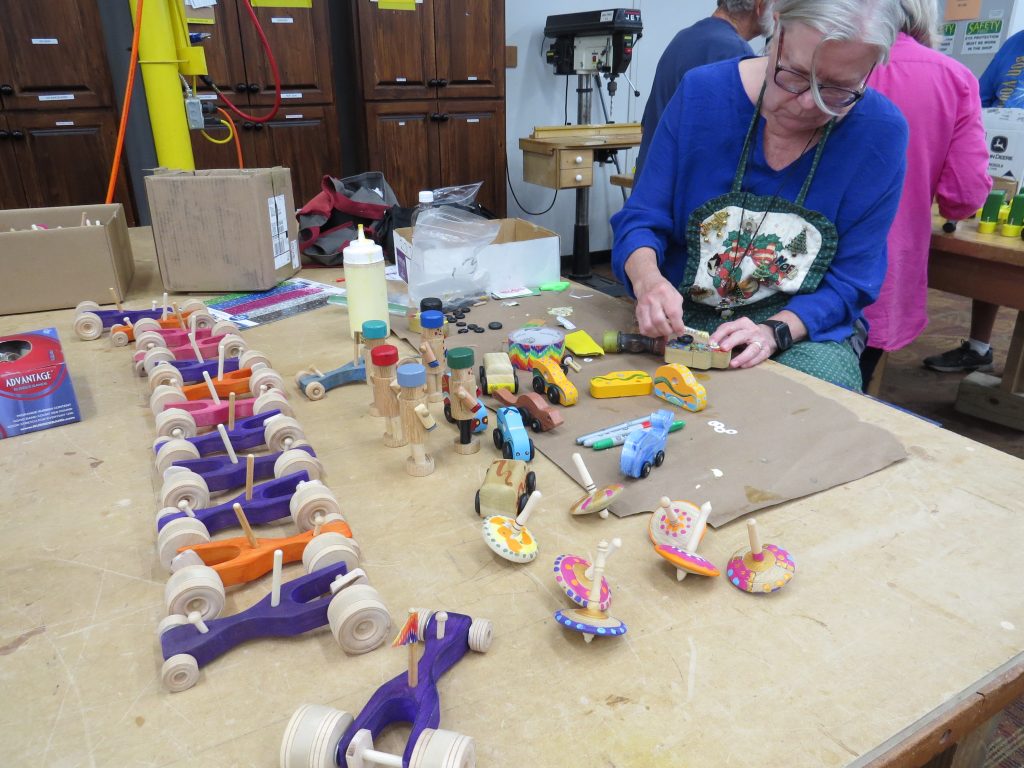 But the toy program is just one of the charitable opportunities offered by the more than 800-member organization, said Program Chair Rob Barhorst.

“We’ve done things for the city like the Cancer Survivors Park, we made the benches for that. We do things for the Meyer Center and we provide things for the hospitals,” Barhorst said. “Various organizations come to us and we make a determination whether or not we’re able to help them.” Organizations typically purchase the materials for a project, with the Greenville Woodworkers Guild providing labor at no charge, he said.

Other charitable programs include the Beads of Courage whereby members make wooden bowls and boxes to hold the numerous beads received by children undergoing medical treatment for severe illnesses.

“Some of these children get hundreds or thousands of these beads,” Barhorst said. “We make bowls and lidded boxes so they can put those beads in them. I don’t how many hundreds or maybe into the thousands of those we’ve made for the local hospitals.”

Another charitable program offered by Greenville Woodworkers Guild is Urns for Veterans.

“We found out that our indigent veterans were being buried in plastic bags and plastic boxes in our national cemeteries, and we said that was not a good way to do things,” Barhorst said. “John and I designed an urn that was acceptable to the national cemeteries and we’ve now produced close to 200 urns and they give (indigent veterans) full military honors. We take care of the Florence, Anderson and Beaufort cemeteries.” 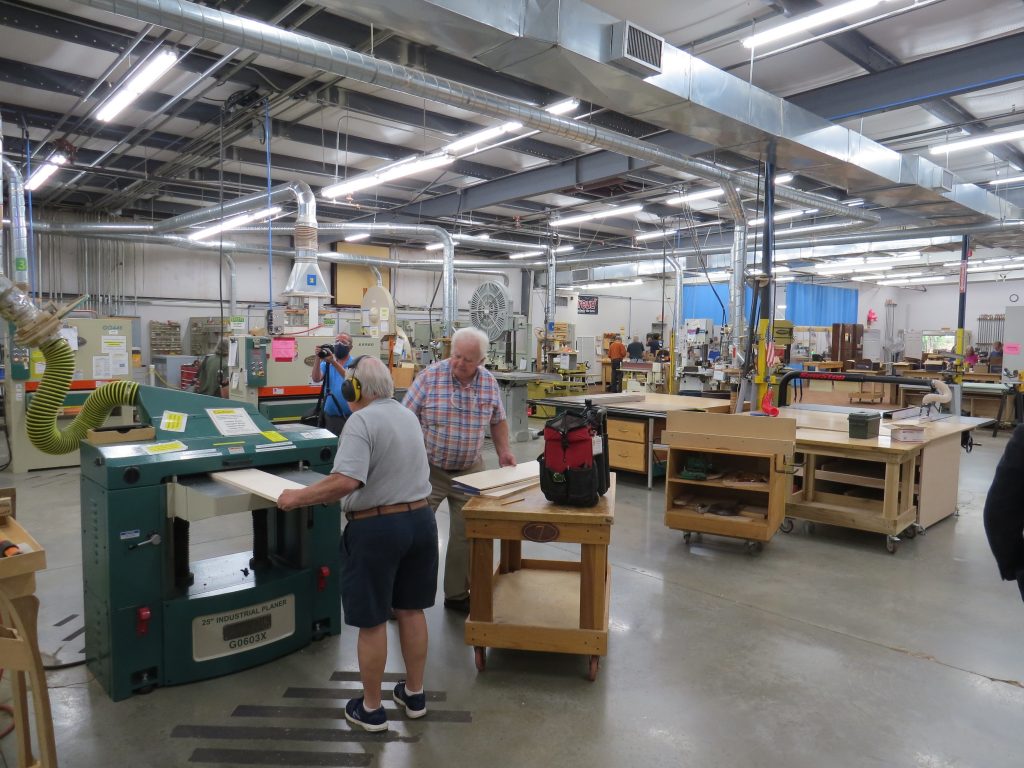 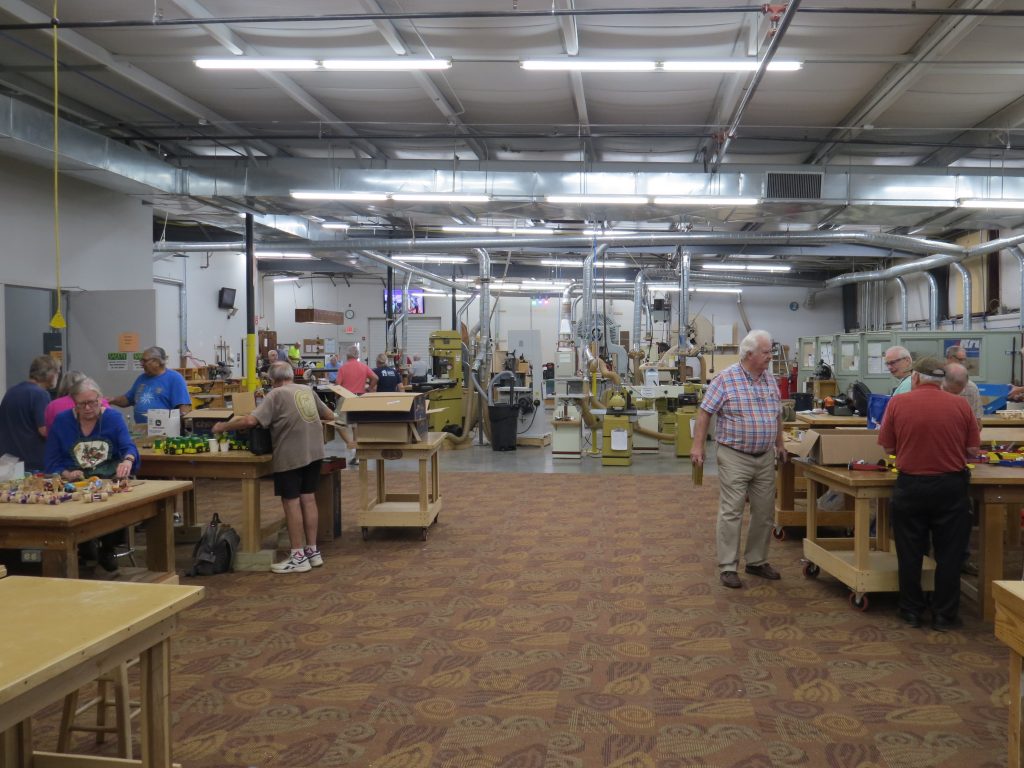 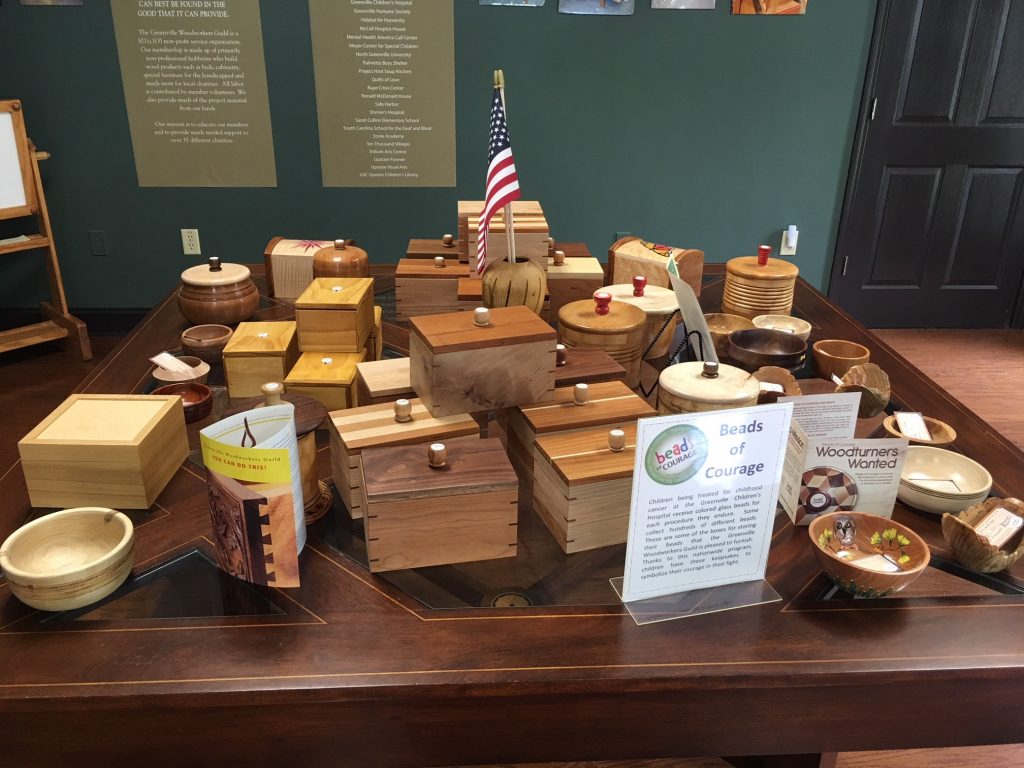 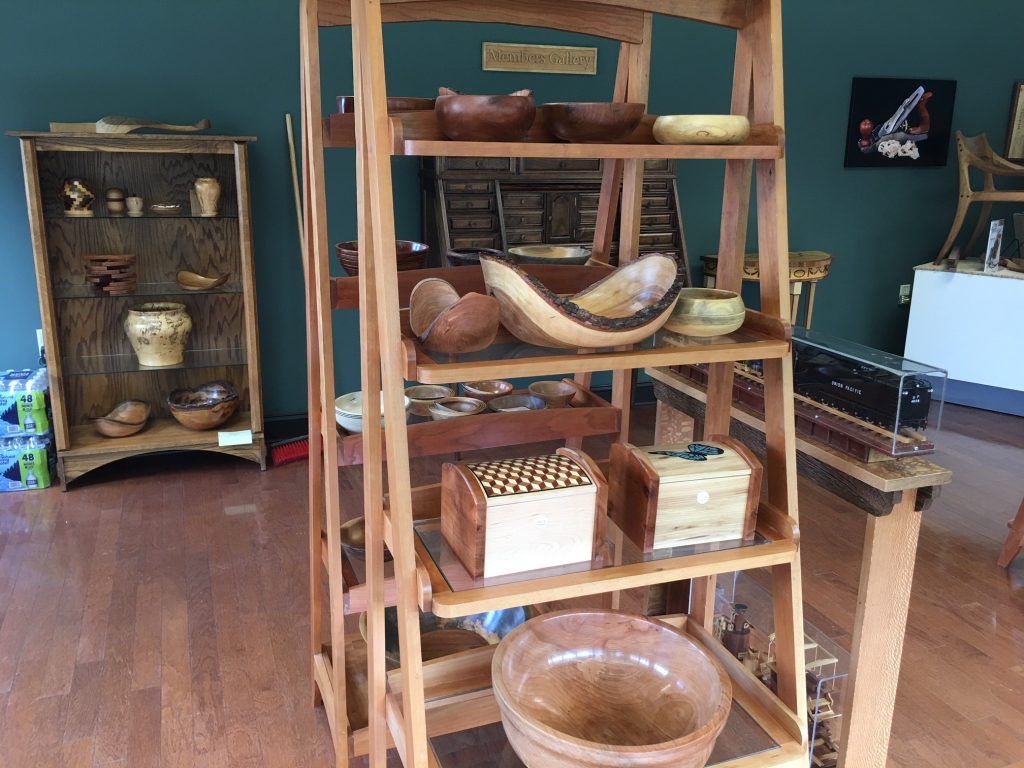 The Greenville Woodworkers Guild has three tenets: to participate in charitable projects; to improve the skill of woodworking for its members; and to raise the awareness of woodworking as an art form. There is an initial fee of $200 to join and an annual membership fee of $150, which gives members seven-day access to the facility and equipment, and the ability to purchase lumber at a reduced rate.

Members also receive certifications to operate the various types of equipment through classes and one-on-one training.

The Guild is funded by dues, donations, lumber sales and a biannual tool sale that is open to the public, the most recent of which added $20,000 to the Guild’s bottom line.

For more information on the Greenville Woodworkers Guild, call 864-299-9663 or visit GreenvilleWoodworkers.com.