The Greenville community celebrated the addition of two new 40-foot Proterra Catalyst E2 buses to the county’s public transportation fleet with a ribbon-cutting ceremony at the Greenlink transit center in downtown Greenville on Friday. The two new buses are Greenlink’s first electric buses.

Those who missed the ribbon-cutting ceremony can see the new buses at the Greenlink + Proterra exhibit at the iMAGINE Upstate Festival to be held on Saturday, April 6, from 11 a.m. to 5 p.m. in downtown Greenville. 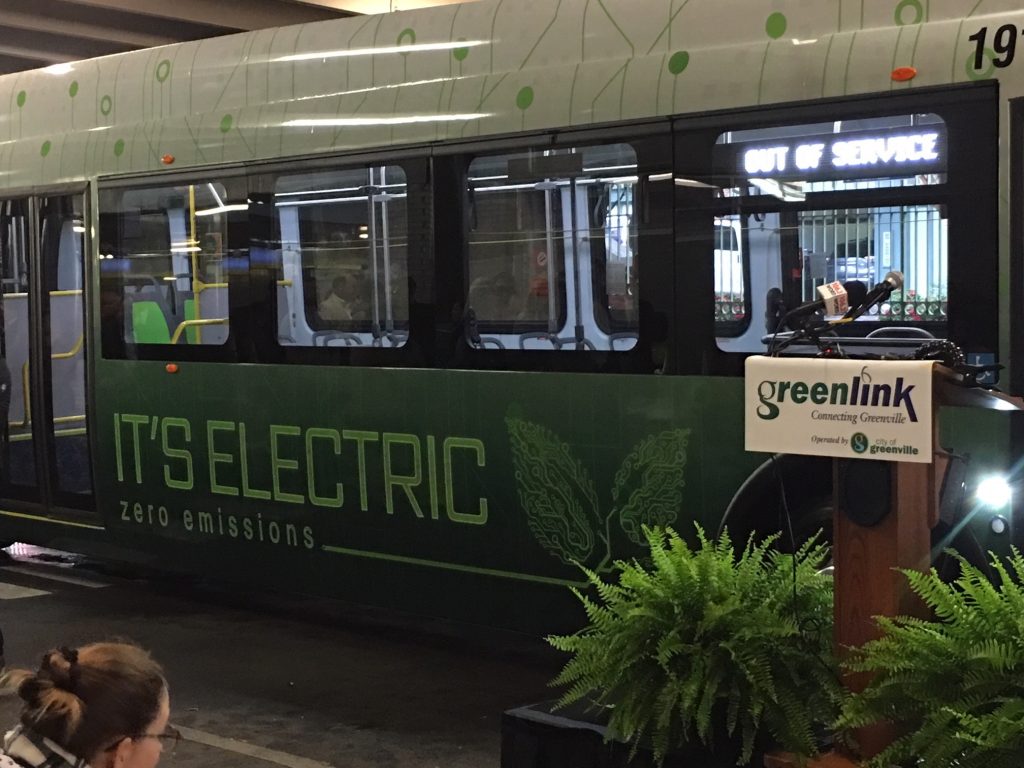 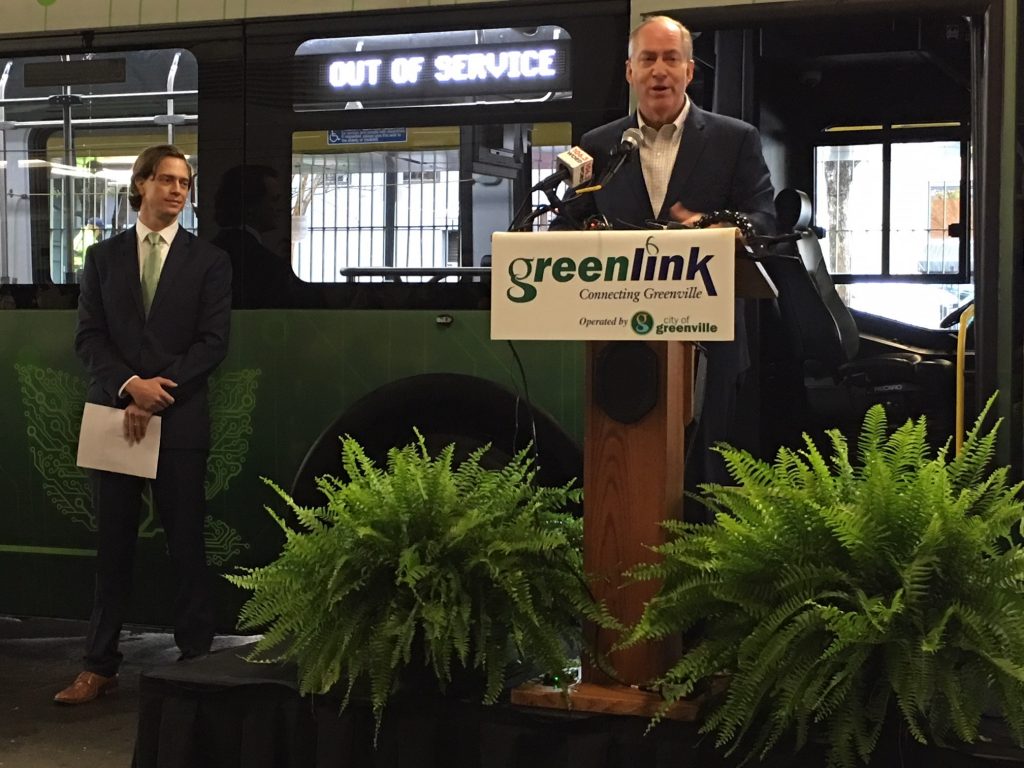 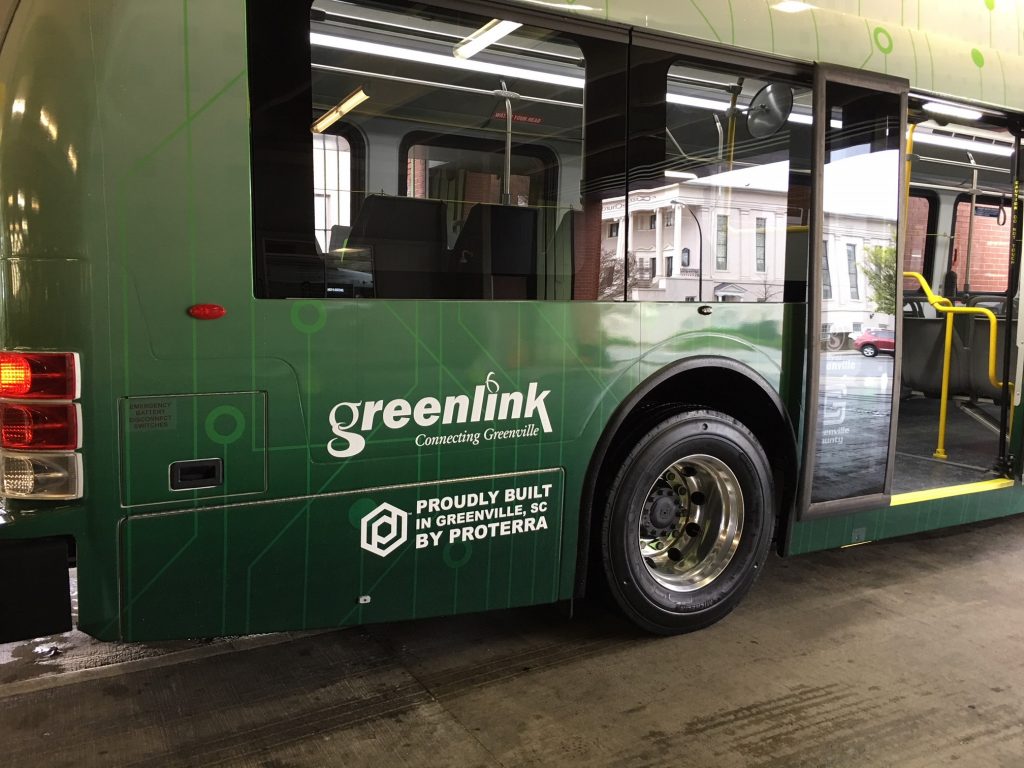 New electric buses are part of the Greenlink fleet.

Greenville Transit Authority (GTA) was able to purchase the new buses with a 2017 Federal Transit Administration grant of $1.45 million awarded through FTA’s Low or No Emission (Low-No) Vehicle Program. The program funds the development of transit buses and infrastructure that use advanced fuel technologies. GTA used the grant award to purchase the two zero-emission, battery-electric buses and charging equipment from Proterra. 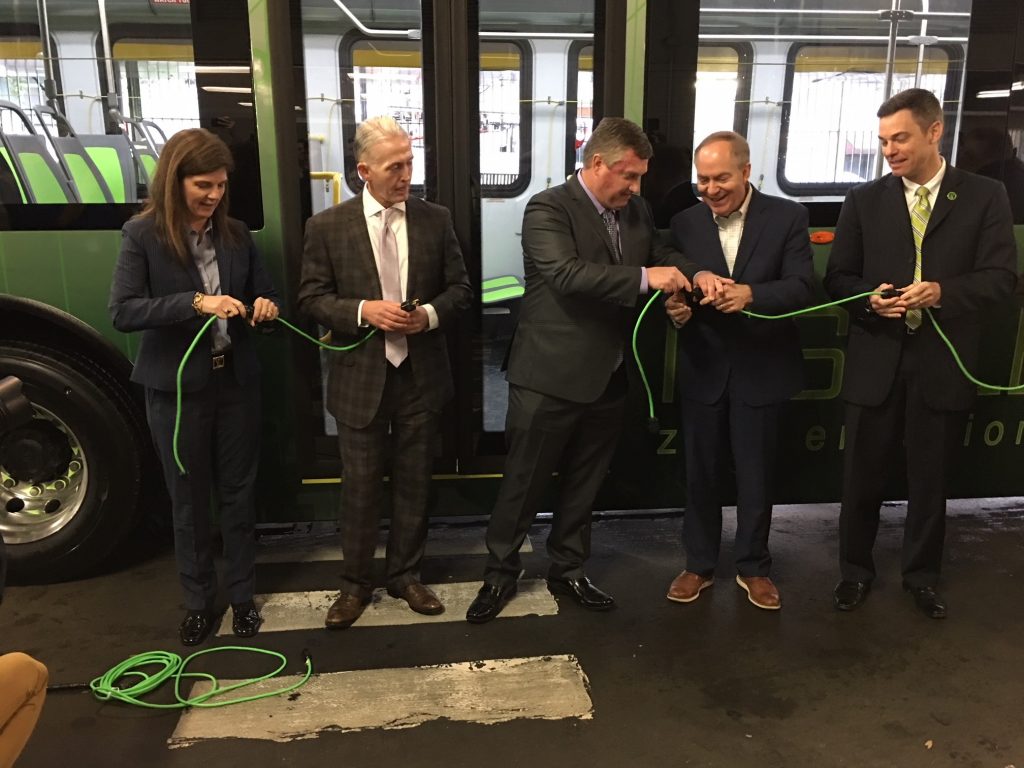 Officials prepare to ‘plug in’ the new electric bus. 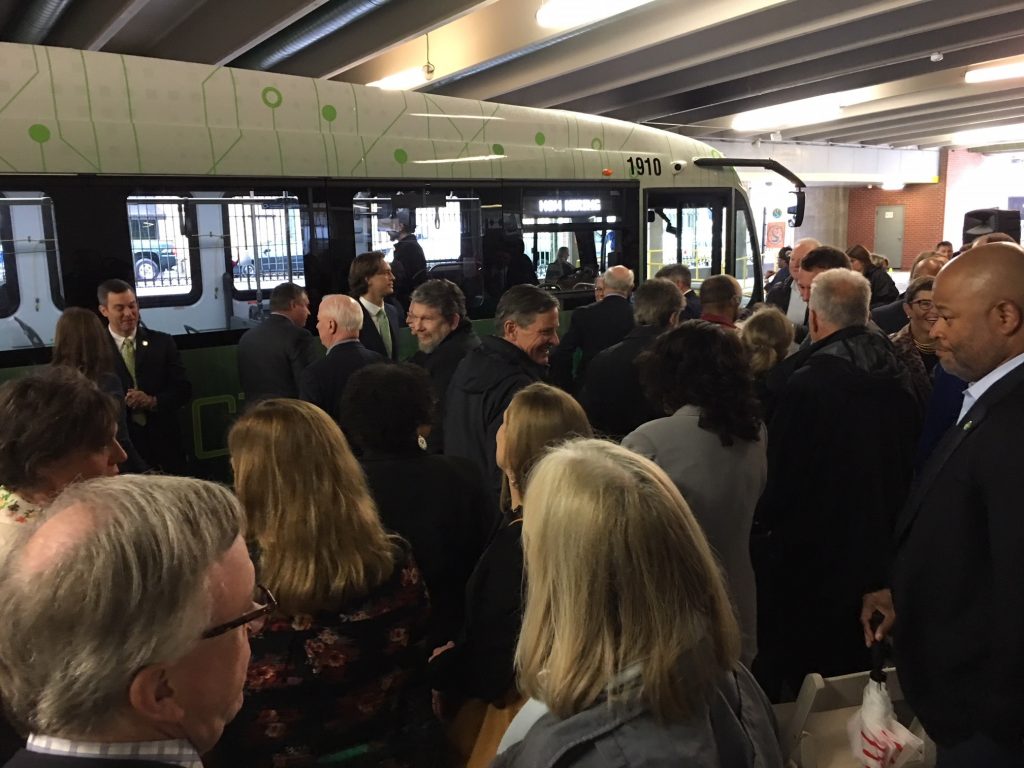 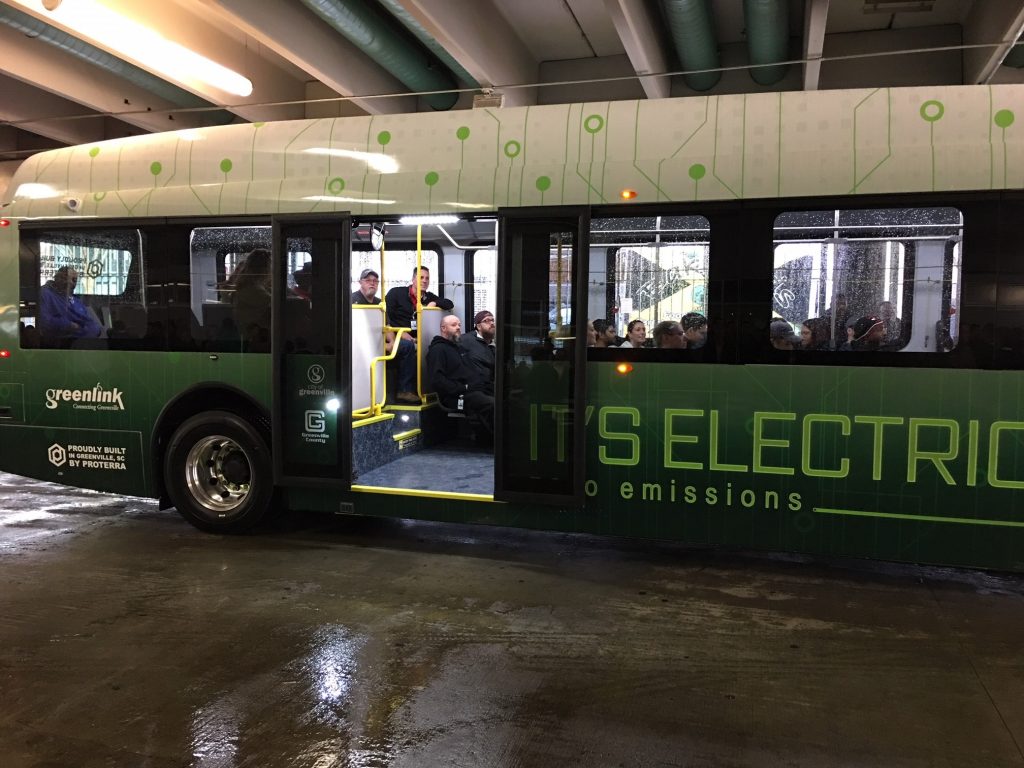 Attendees got the chance to try out the new electric buses.

This initial purchase was matched by an appropriation from the S.C. Department of Health & Environmental Control and local contributions from Hughes Development Corporation and Human Technologies, Inc. The original order was then expanded to include two more Catalyst E2 buses, with a $1 million capital infusion appropriated by the City of Greenville and leveraged with existing federal appropriations.

Greenville Transit Authority received 57 letters of support for the 2017 Low-No grant application and according to Gary Shepard, Greenlink’s public transportation director, the introduction of new bus technology would not be possible without the support of the Greenville community.

“The public is excited to see Greenlink partner with Proterra and deploy buses that were built here in Greenville,” said Shepard. “Our customers are looking forward to a more reliable experience as the buses will replace outdated, undependable vehicles.”