When it comes to summertime desserts, it’s hard to beat Key Lime Pie.

Gail Richards of Chesnee entered her version of the tasty treat in the Carolina Eats Summertime Desserts Recipe Sweepstakes presented by Ingles. Richards was drawn as a finalist in the quarterly Carolina Eats sweepstakes and received a $250 Ingles gift card. She also is entered in the drawing to win the sweepstakes’ grand prize, a $500 gift certificate from Hampton Furniture in Anderson. Richards also appeared on WSPA’s Your Carolina show, preparing her recipe alongside Ingles Chef Jasmin Queen and Your Carolina co-host Jamarcus Gaston.

“Key limes are a bit more citrusy than a regular lime, so you get that tartness. Then, you also have that sweetness from the condensed milk,” Richards said. So, it’s a really good dessert.” 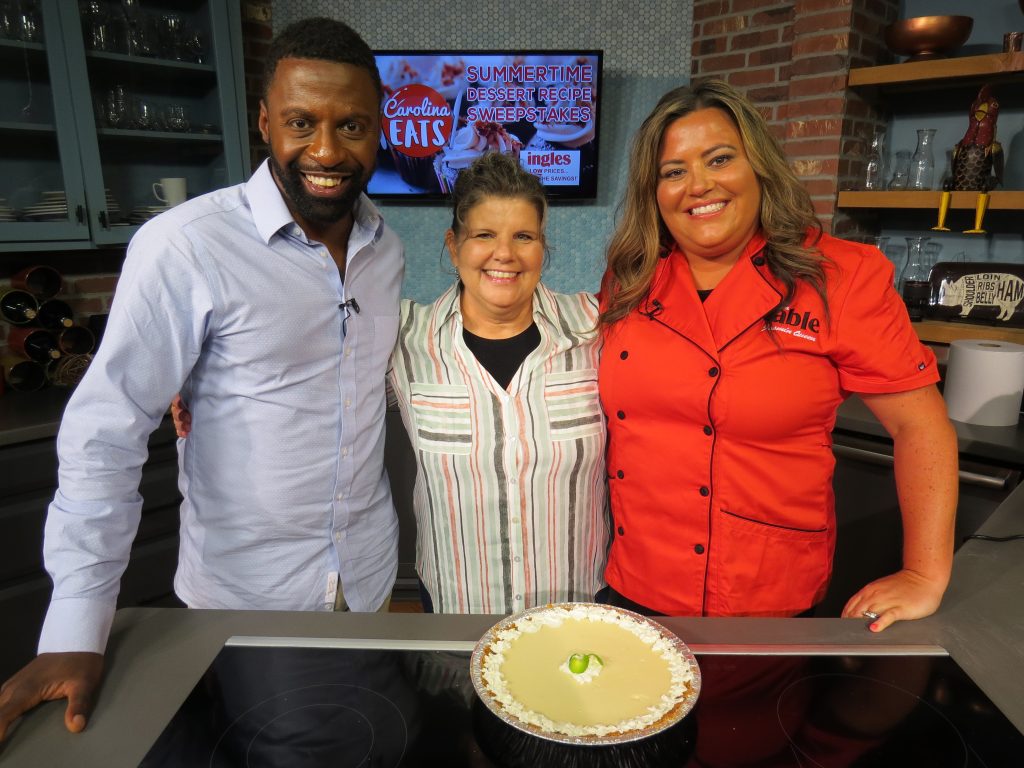