A survey once ranked the top 10 activities that take the most coordination. Flying a helicopter ranked first. Playing the organ was second.

After 50-plus years on the bench and 36 years as organist and professor of music at Furman University, Dr. Charles Tompkins plays the massive pipe organ at Furman’s Daniel Chapel with grace and noteworthy ease. On March 17 at 8 p.m., the public is invited to enjoy a free concert by  Dr. Tompkins as part of the Hartness Organ Series.

A gift from the late Tom and Edna Hartness in honor of Bobby and Becky Berry Hartness, the 42-stop organ made from African Mahogany features 2,929 pipes ranging in size from less than one inch in length to a little more than 16 feet.

The arrival of the powerful pipe organ on Furman’s campus is part of Paladin lore.

In 1998, two years after the opening of Daniel Chapel, the late Robert Shaw, conductor of the Atlanta Symphony Orchestra and Chorus, held his summer chorale institute at Furman. 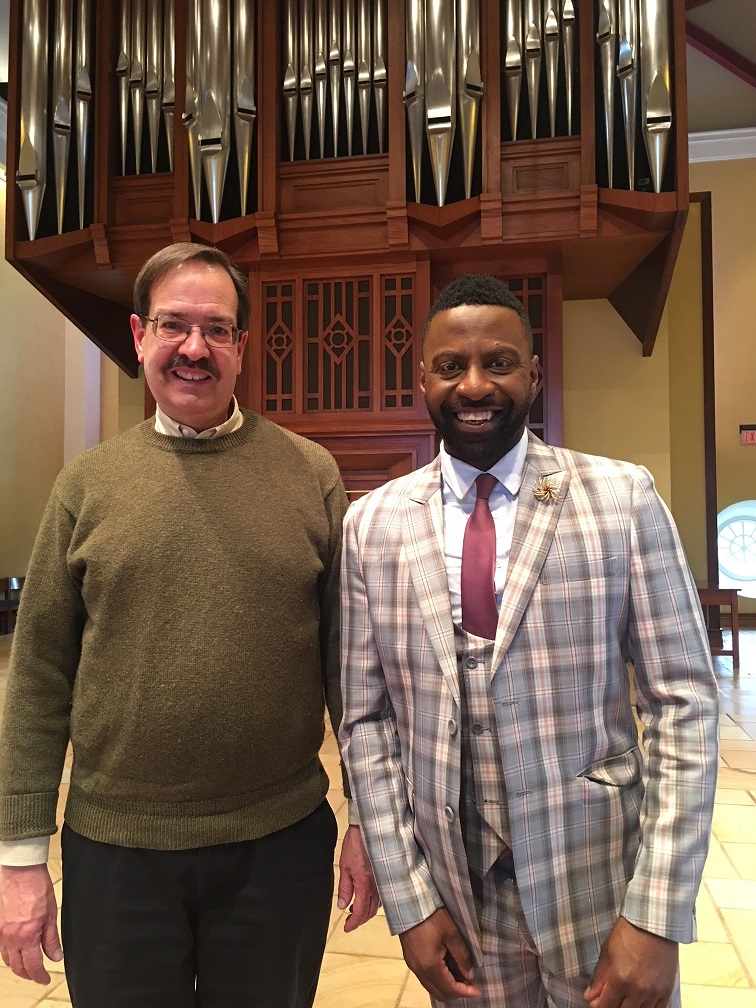 “Robert Shaw was up here conducting, and they were doing things with an electronic organ that they had brought in for the occasion,” Tompkins explained. “The story is that either someone said to Tom Hartness or Tom Hartness himself said, ‘This room needs an organ.’ Within two weeks, I was told by the development office that Tom and Edna had given the money.”

This year marks the nineteenth Hartness Organ Series which includes two recitals by visiting organists and a third by a member of the Furman faculty.

On March 17, Tompkins will present works by Sweelinck, J.S. Bach, Vierne and Price, as well as Vincent Persichetti’s 1960 “Sonata for Organ.” And since his recital is scheduled on St. Patrick’s Day, Tompkins will include Irish melodies and hymns, including those composed by Bob Powell who served as organist and choir director at Christ Church Episcopal Church in Greenville for 35 years.

A graduate of the Eastman School of Music in Rochester, NY and the University of Michigan, Tompkins is an active recitalist, performing at prestigious venues in the United States and abroad every year.  International engagements have included recitals at Notre Dame Cathedral in Paris and St. Paul’s Cathedral in London.

For more information, contact the Furman Music office at 864-294-2086 or FurmanMusicAdmin@Furman.edu.