Food is the focus of Pumpkintown General Store and Café makeover

After retiring in 2005, Bill Alexander ate breakfast at Pumpkintown General Store and Café every morning for 12 years.

“I kept telling the owner that I wanted to buy this place when he retired,” Alexander said one recent, rainy Saturday morning. “I would sit over in that corner where just a few tables and the counter were the café, and I would plan out the changes I was going to make.”

In 2017, Alexander got the chance to put his makeover plan into motion when Harry Monroe ended his stint as owner of the historic Pumpkintown General Store and Café after 27 years.

Old photos displayed throughout the café show horses and vintage Esso gas pumps in front of the original clapboard structure at the crossroads of Table Rock Road and Highway 8 in Pickens County SC. The sign from that era reads ‘Pumpkintown Gro. Burgess & Son.’ 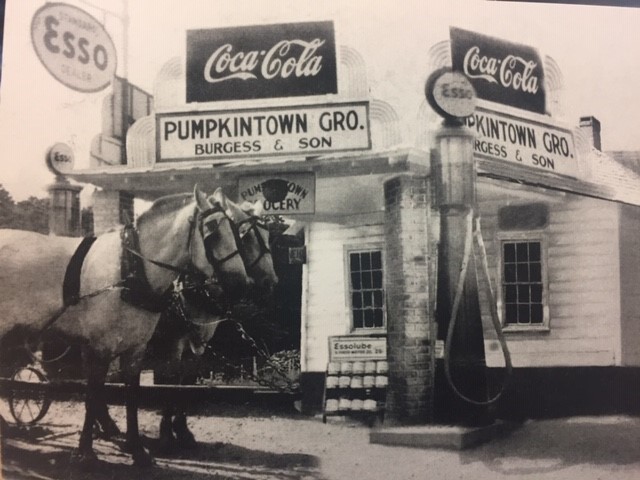 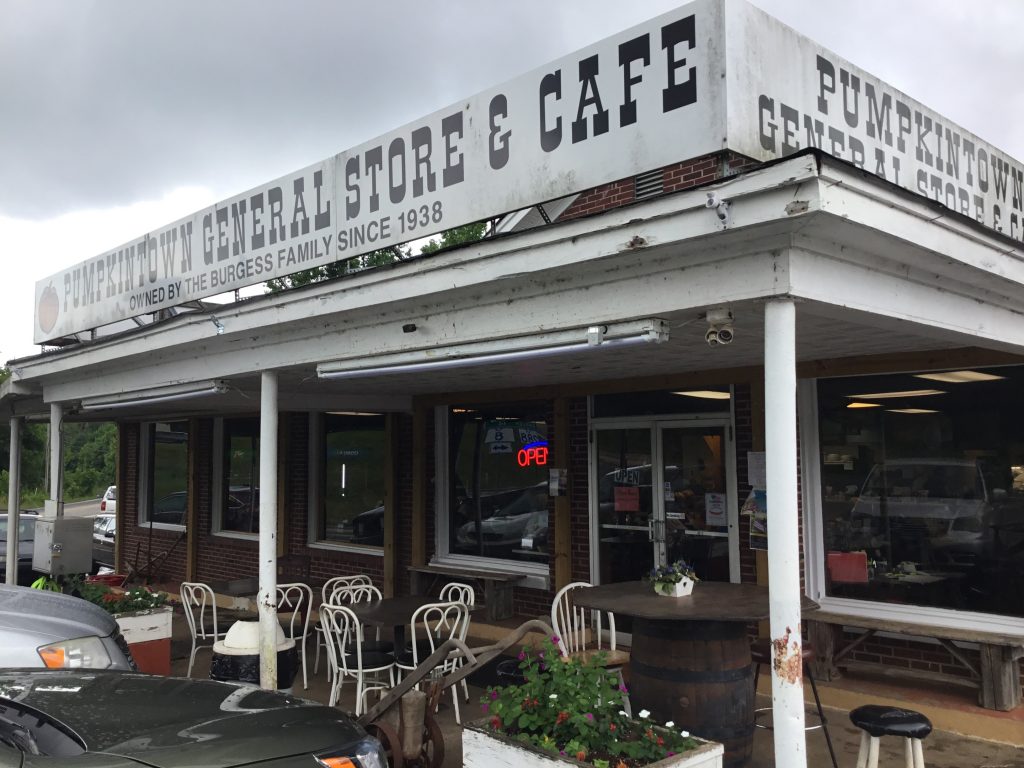 A larger brick structure was built in 1953 and with it came a new sign touting ‘Pumpkintown General Store & Café.’ While that later sign remains, Alexander has turned the onetime general store into an 80-seat café known for its breakfast menu complete with country ham and old-fashioned grits, and a lunch menu that arguably features one of the best hamburgers in the Upstate.

The racks and coolers that once covered the row of large windows across the front of the store have been replaced by cozy booths. A few general store items like loaves of bread, bottled water, soft drinks and first aid supplies remain, but the focus of Pumpkintown General Store and Café is now good food and good service. 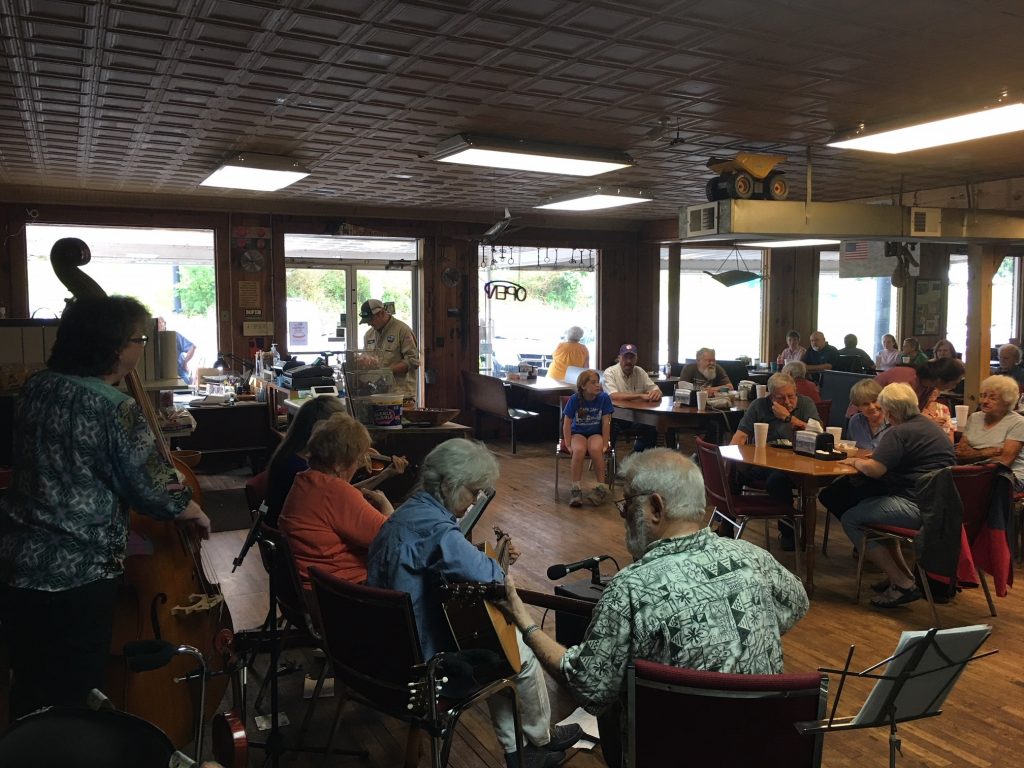 The Heartstrings perform for the lunchtime crowd. 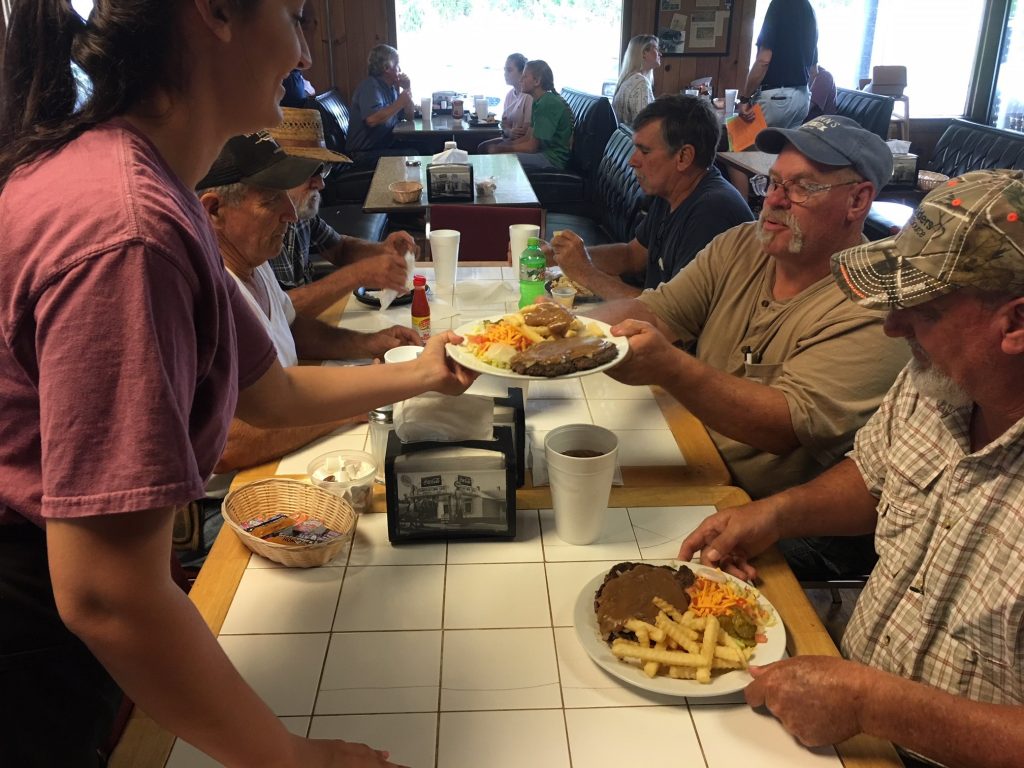 When Alexander talks about his café grits made with heavy cream, grouper on the griddle, and beef that is aged for 28 days, you think there might be some culinary training in his background. “I drove a truck for 32 years and I ate out every meal,” Alexander explains with a knowing smile. “People want two things – good food and good service, so I look for the best food products I can find. I’ve also got a great staff, two of whom were here when I bought the place.” 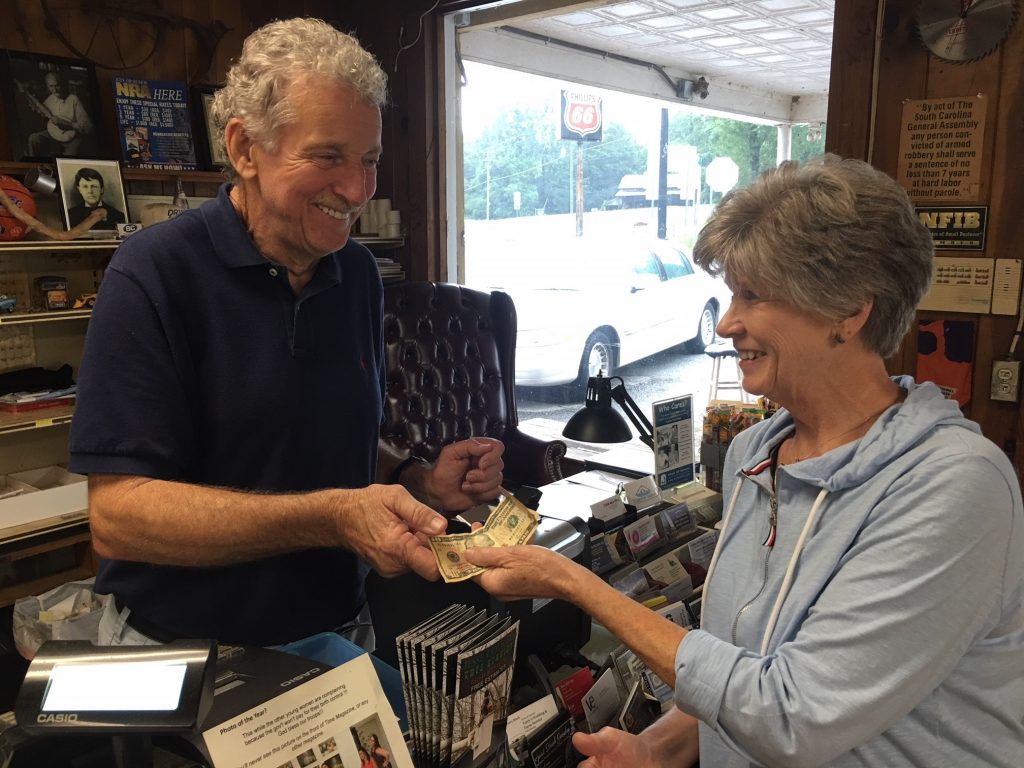 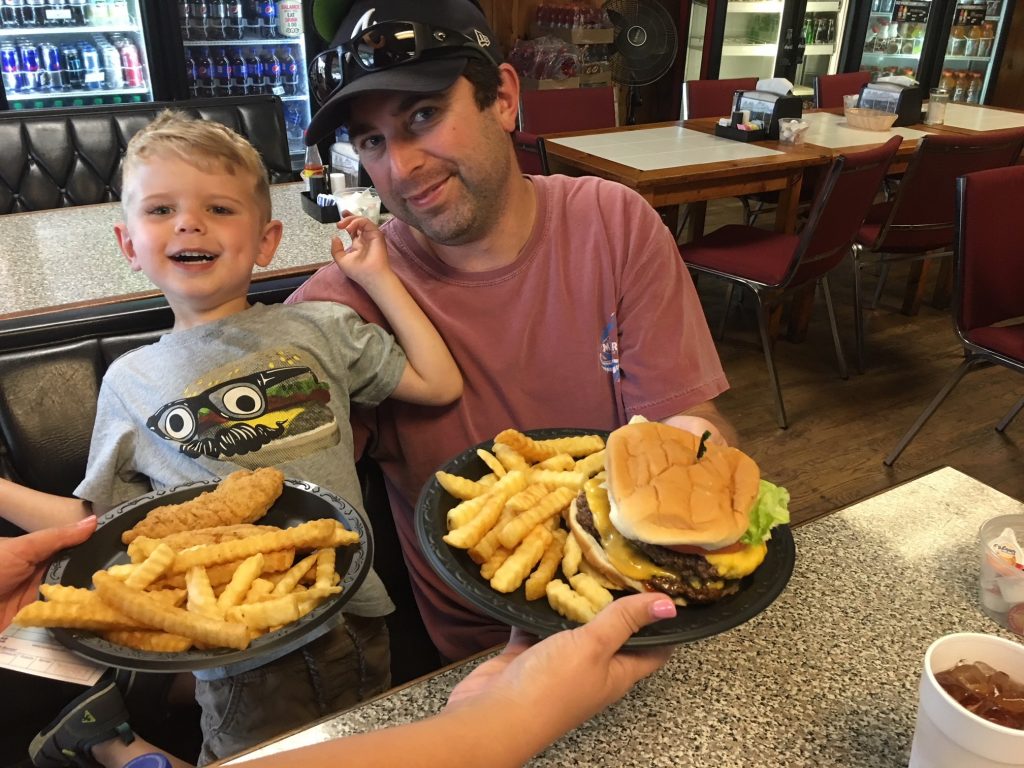 Graham Crowe and his son, Tucker, tried the hamburger and chicken nuggets. 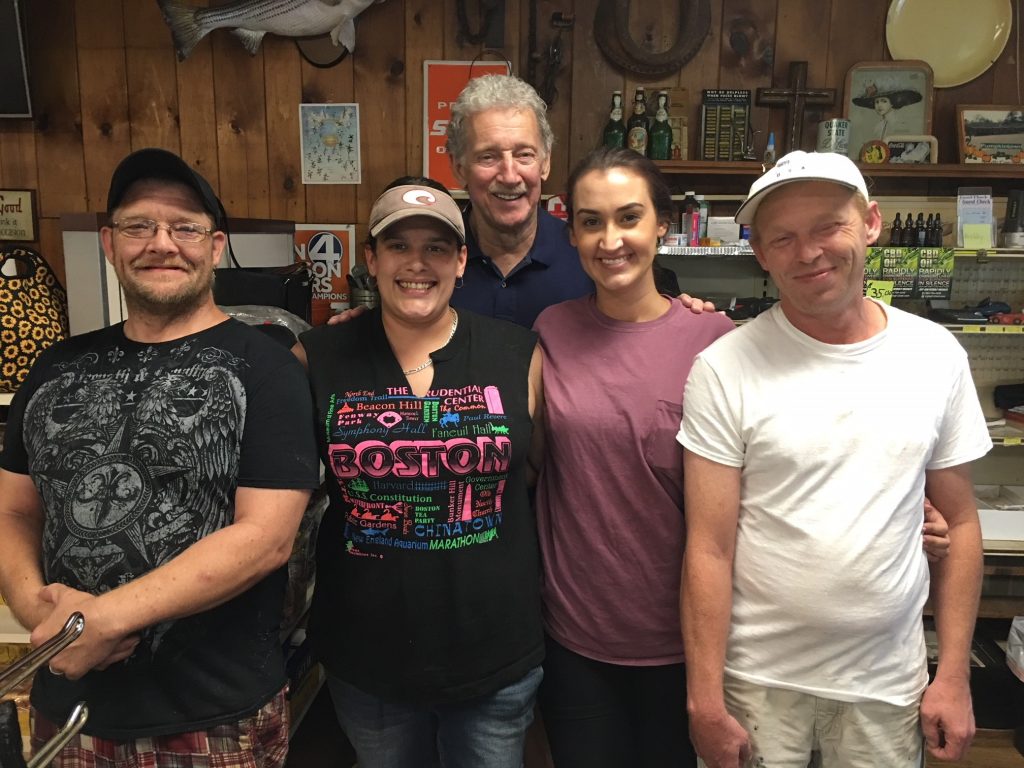 Bill Alexander and the cafe staff.

On that recent Saturday as the breakfast crowd thinned, area bluegrass band Heartstrings began setting up for a two-hour performance during lunch. A steady stream of locals along with those from neighboring counties stopped by for hamburger steak, club sandwiches, hot dogs and those famous hamburgers.

“We’re becoming known for our hamburgers,” Alexander said. “We’ve got people coming from all over now that have heard how good they are.”

Travelers Rest resident Graham Crowe and his son, Tucker, were part of the Saturday lunchtime crowd. “My grandparents are locals,” Crowe said, “but I haven’t been in here in three or fours years. I can tell you that the hamburger is wonderful, and Tucker is really enjoying the chicken nuggets.”