Nathan Witt’s passion for woodworking began at eight years old when he would sneak into his father’s wood shop to carve and turn.

As a young teen, his talent and ability earned him a spot in an adult woodworking class where he developed a passion for wood carving.

“I really love to carve but the eyes and the hands don’t work like they once did, so most of what I do now is turning wood on a lathe,” the Taylors resident says.

Two years ago, Witt’s hobby became a side business when he and his wife, Heather, opened Fiddlesticks Woodwerx.

“Heather said I was always outside fiddling around, so we came up with Fiddlesticks and it’s a pretty good fit,” Witt says with a smile.

A machinist with Stewarts of America in Simpsonville, Witt says Fiddlesticks was born after he broke his ankle.

“I decided I wasn’t going to be sedentary, so I built a She Shed for Heather to get her out of the shop and to give her a place to put all her stuff,” Witt said. “Once she was out of the shop, I started collecting more wood. I started small and now I’m into a lot of markets.”

You’ll find Fiddlesticks Woodwerx on Facebook, but also in several retail locations around the Upstate including The Main Collective in Taylors, The Shoppes on Trade in downtown Greer and Made on Main in Simpsonville, as well as at many shows and farmers markets throughout the region.

Then there are the sentimental pieces made from special trees that have been damaged or destroyed.

“A friend at work brought me wood from a tree that went through his sister’s house in Florida during a recent hurricane,” Witt said. “He asked me to turn a bowl out of it as a keepsake.” 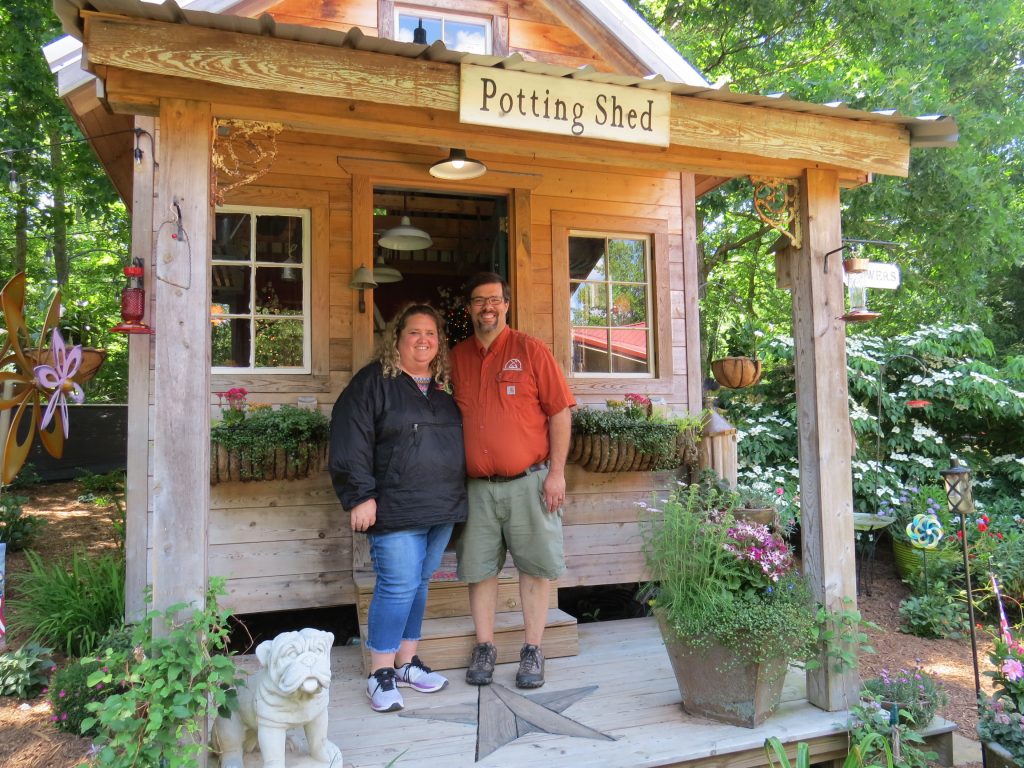 Nathan and Heather Witt on the porch of Heather’s She Shed. 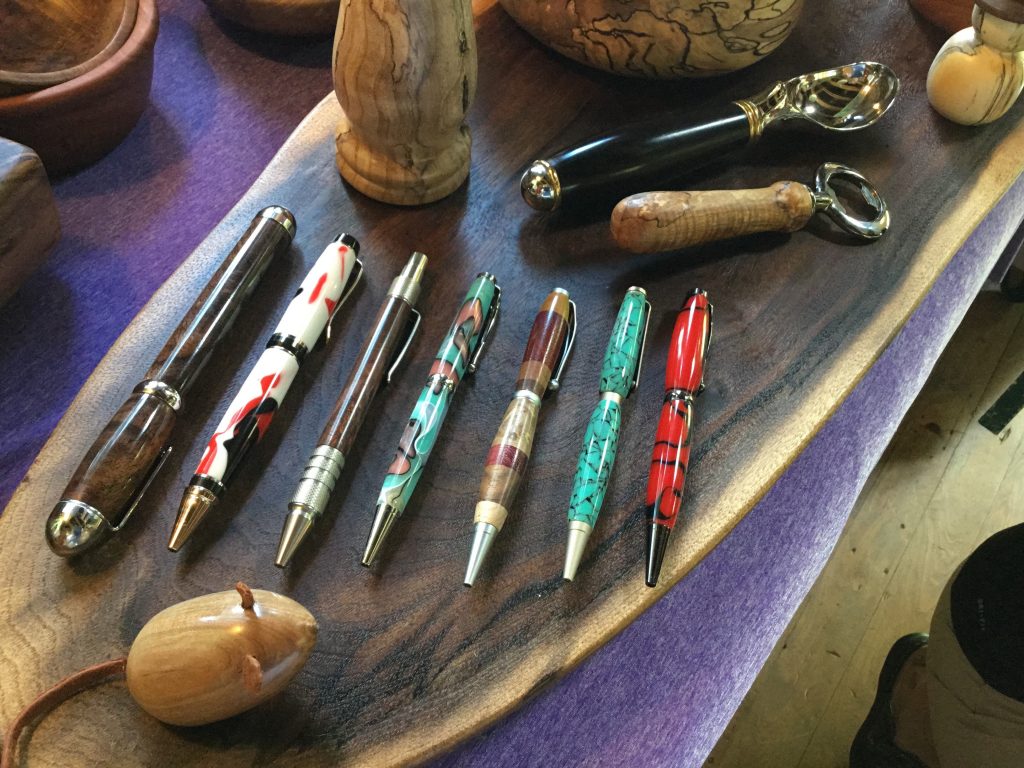 Custom made pens by Fiddlesticks Woodwerx. 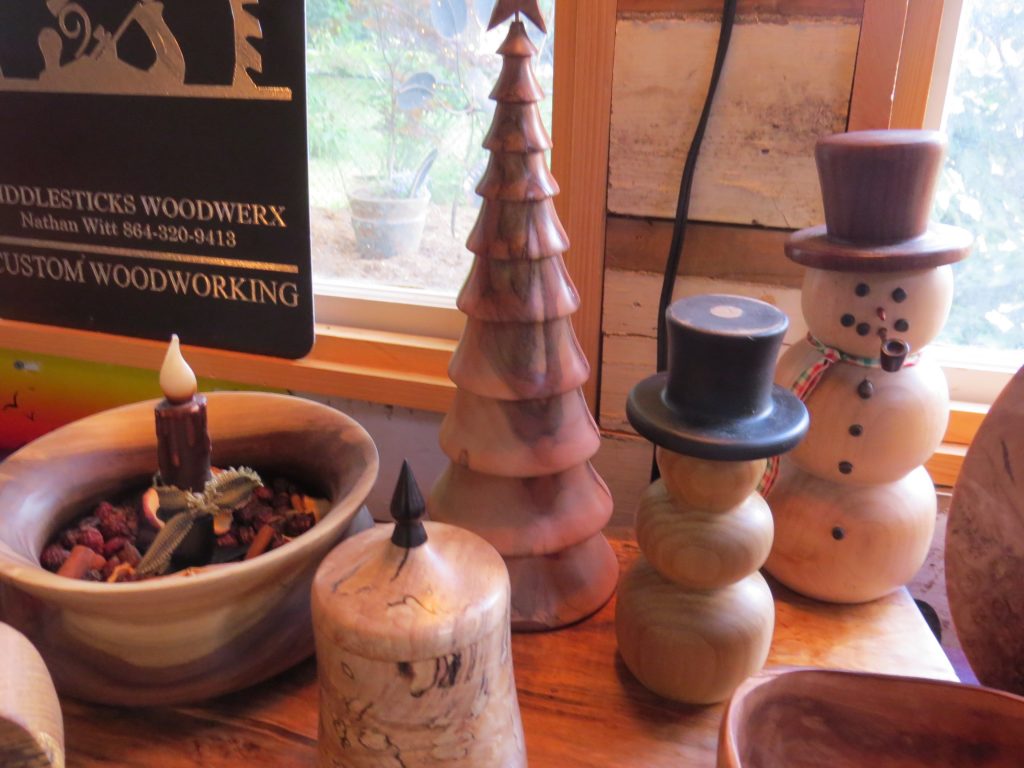 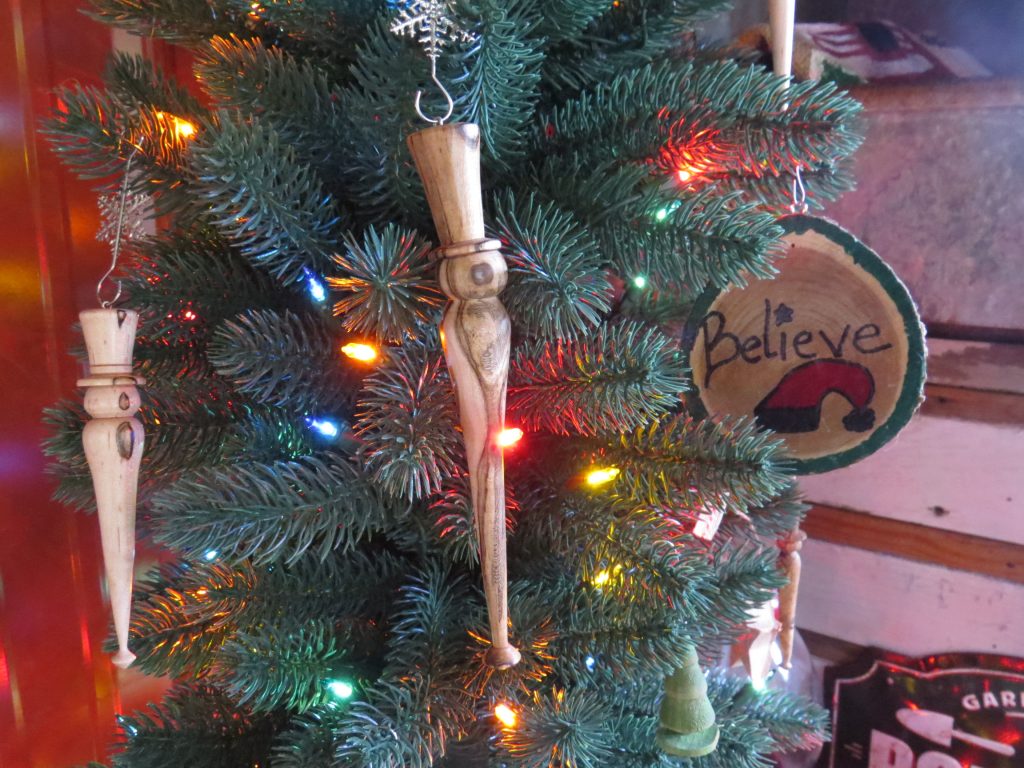 Snowmen icicles are a Fiddlesticks favorite..

From sawmill scraps to pieces found along the side of the road, almost all of the wood used at Fiddlesticks Woodwerx comes from the Upstate. Some of Fiddlestick’s most interesting pieces come from flame box elder and burl wood that Witt has transformed into beautiful bowls, tables and more.

“The distinct red color in flame box elder occurs when a bug gets into the tree and lays its eggs,” Witt explains. “If you get the tree in time, you get these really nice colors that look like flames. Maple also gets these colorful bug trails and it’s called ambrosia maple.”

Spalted wood, where the tree dies from the inside out leaving unique colors and characteristics, is another Fiddlesticks favorite.

“Nothing is thrown away around here,” Witt says. “Even the smallest pieces of wood can be turned into a cup or a bowl, or our mice that have become so popular.”