We recently posted a list of seven Upstate towns with unusual names, starting with Sugar Tit. Here are seven more interesting Upstate town names, but not only are their names interesting, the towns are too, so plan your visit soon.

If you’ve visited the South Carolina Welcome Center along I-85 just over the Georgia state line, you’ve been to Fair Play. 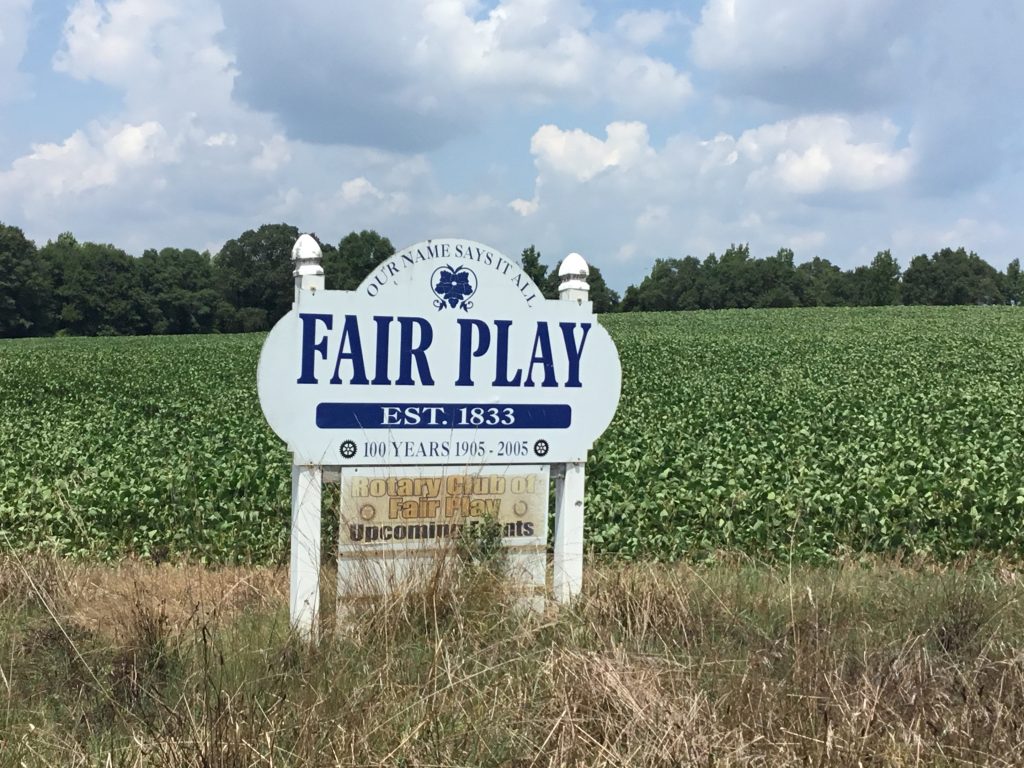 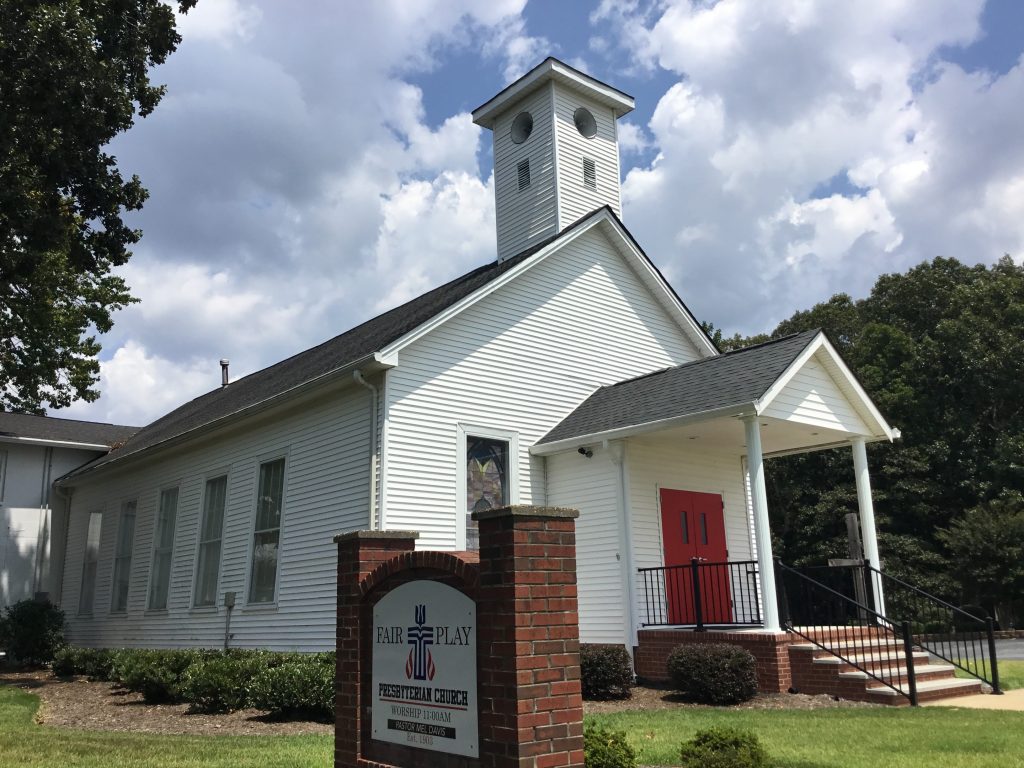 Located in Oconee County near Lake Hartwell, tradition says that the name Fair Play stems from an incident in which a bystander implored two brawling pioneers to “play fair”.

This town in Spartanburg County was named for – you guessed it – the cattle pens located near the original town site. 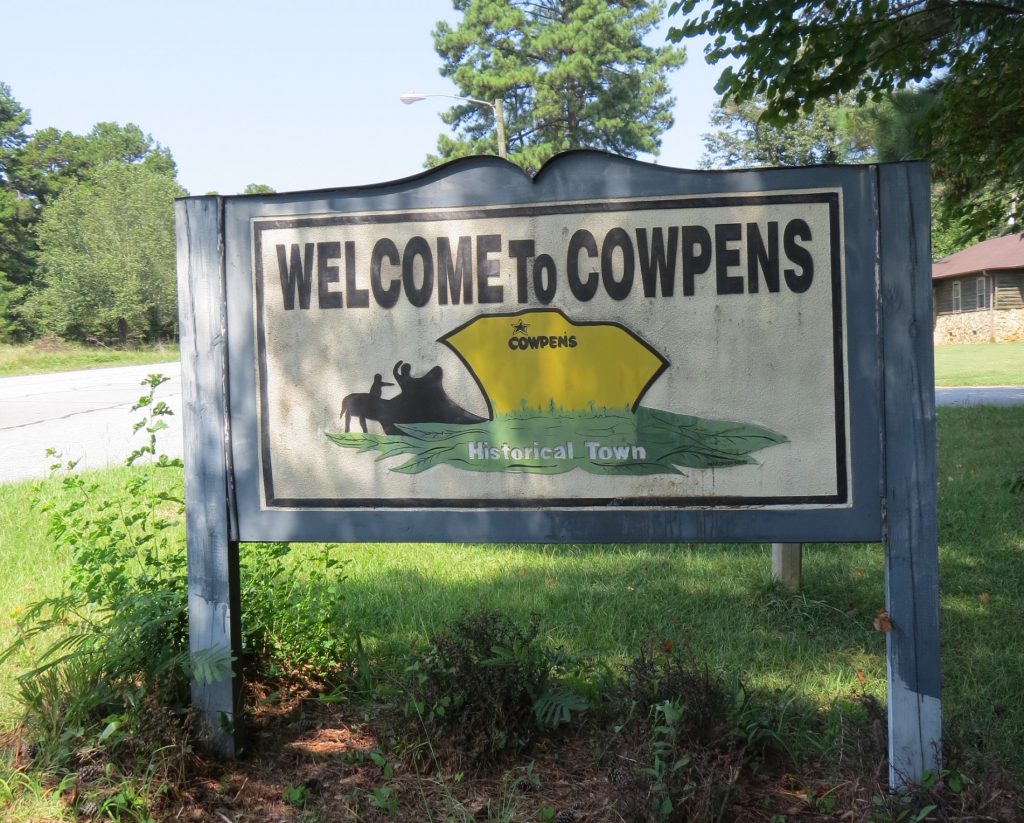 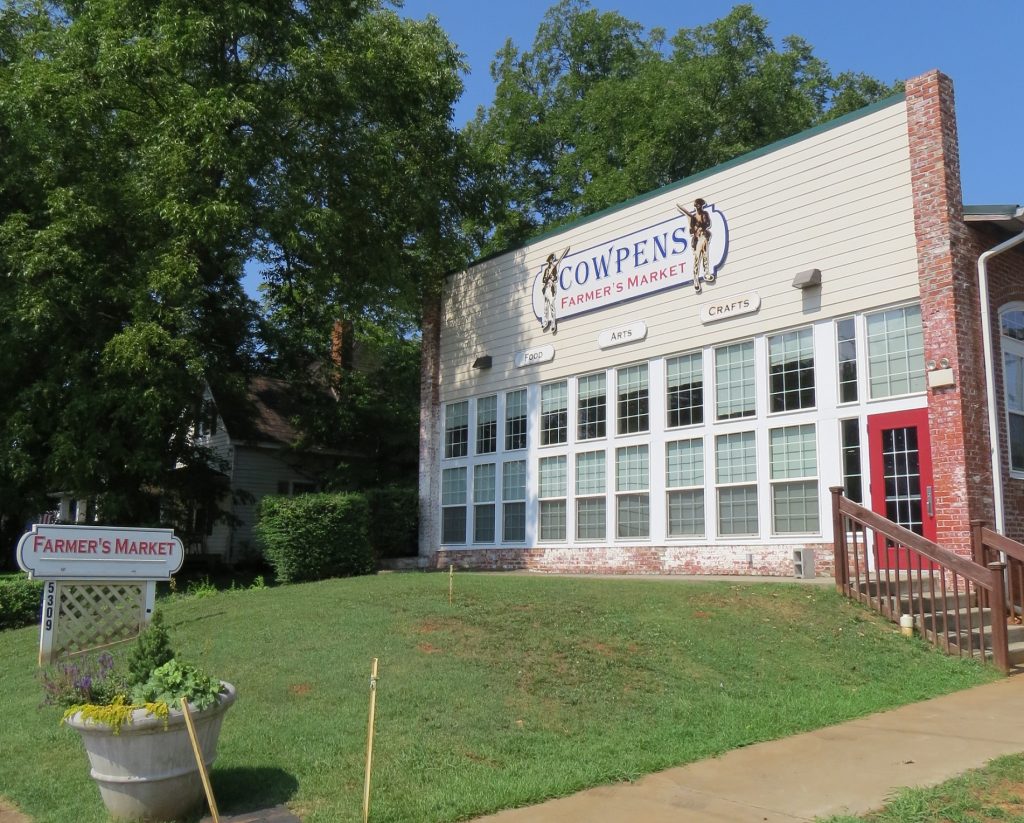 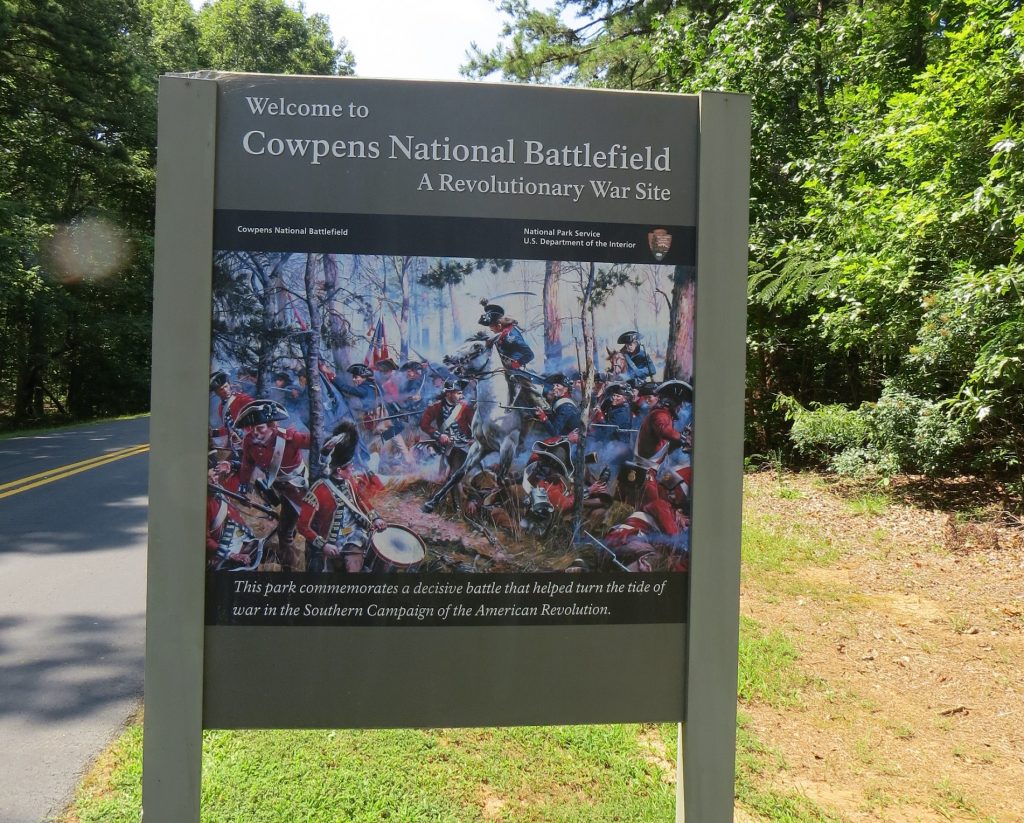 Cowpens in known for the Battle of Cowpens, a battle that resulted in a decisive victory for American Patriot forces over British troops commanded by Banastre Tarleton during the American Revolutionary War. The battle site is preserved at Cowpens National Battlefield, located nine miles north of town in Cherokee County, near the town of Chesnee.

Honea Path is a town primarily in Anderson County and extending into Abbeville County in the northwest part of South Carolina.

According to the late Hurley E. Badders of South Carolina Encyclopedia, Honea Path may be misnamed for William Honey, an early landowner and trader, or it may be double named by Cherokee Indians, with “Honea” being an Indian name for “path”. 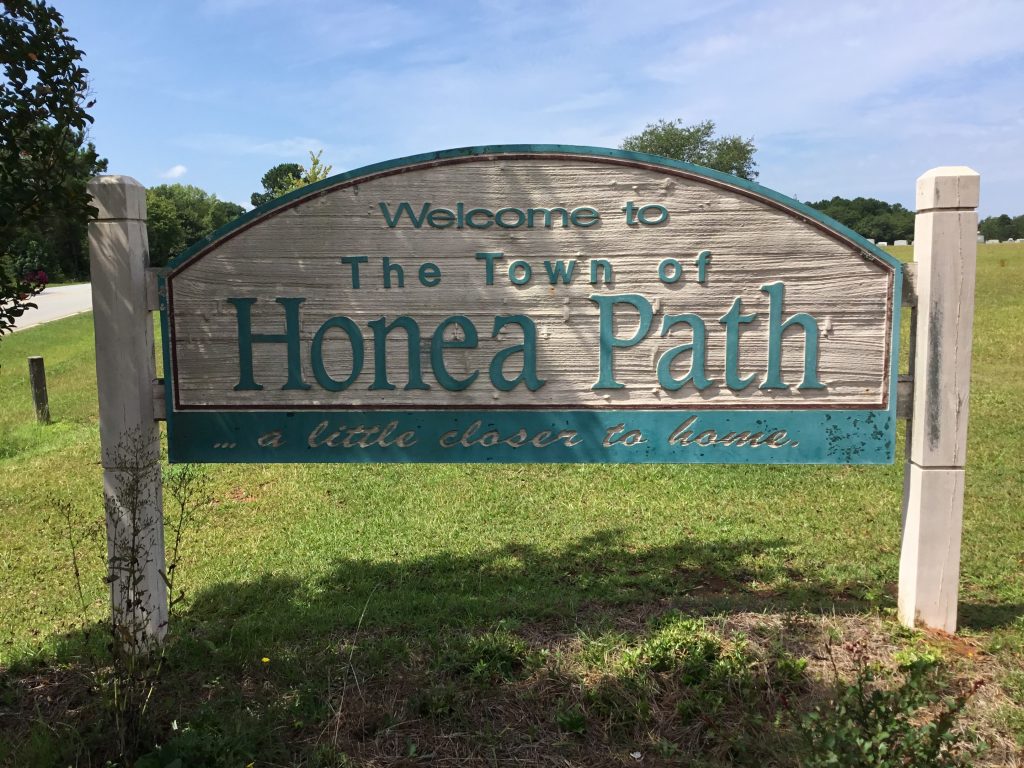 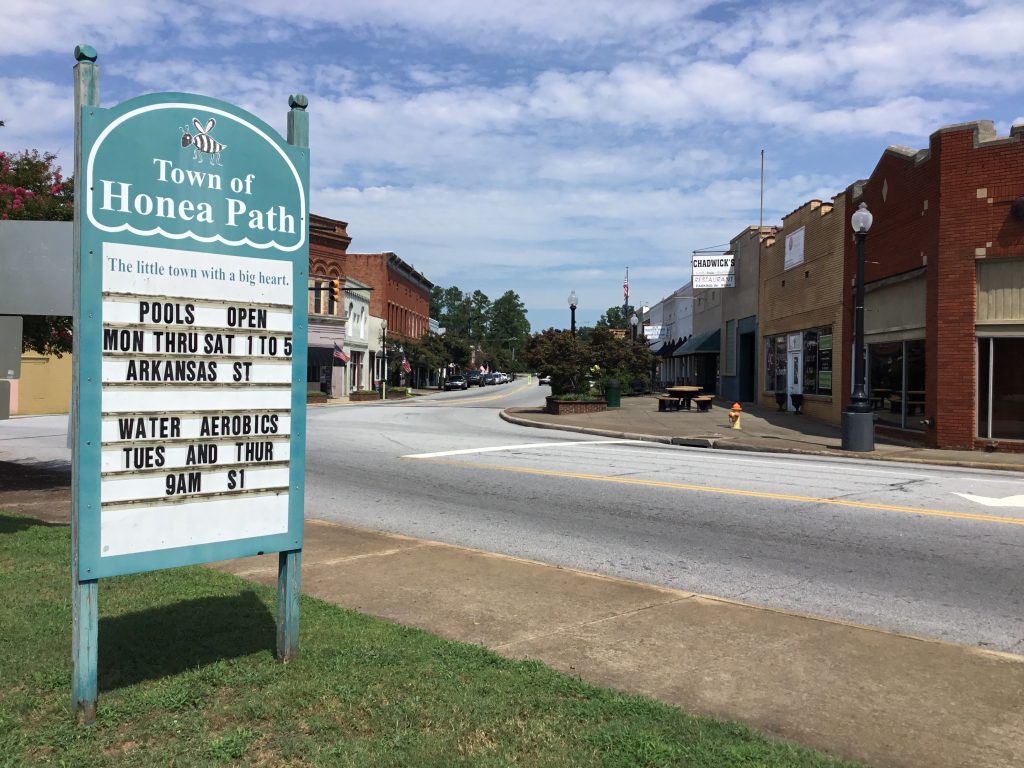 When the town was chartered in 1885, it was referred to as Honey Path in three different places, and early wills and deeds also bear the Honey Path name. However, in 1917 the town was incorporated under the name Honea Path and it has gone by that name ever since.

Nine Times is an unincorporated community in Pickens County, and was named for the nine water crossings of a path over a nearby creek. 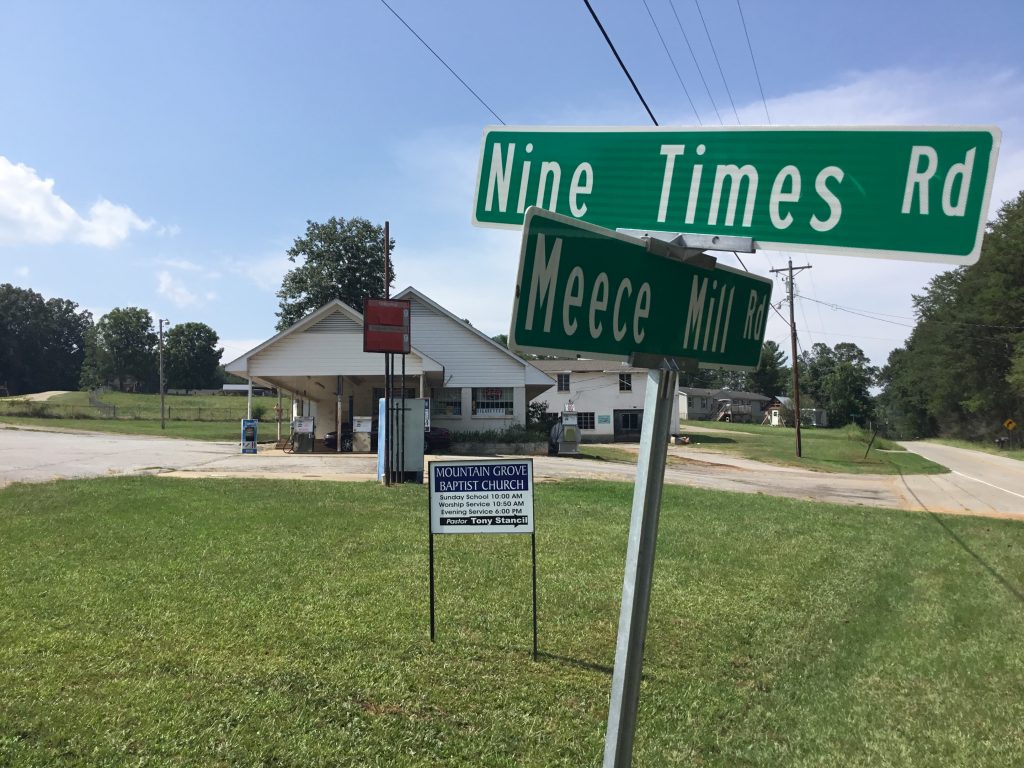 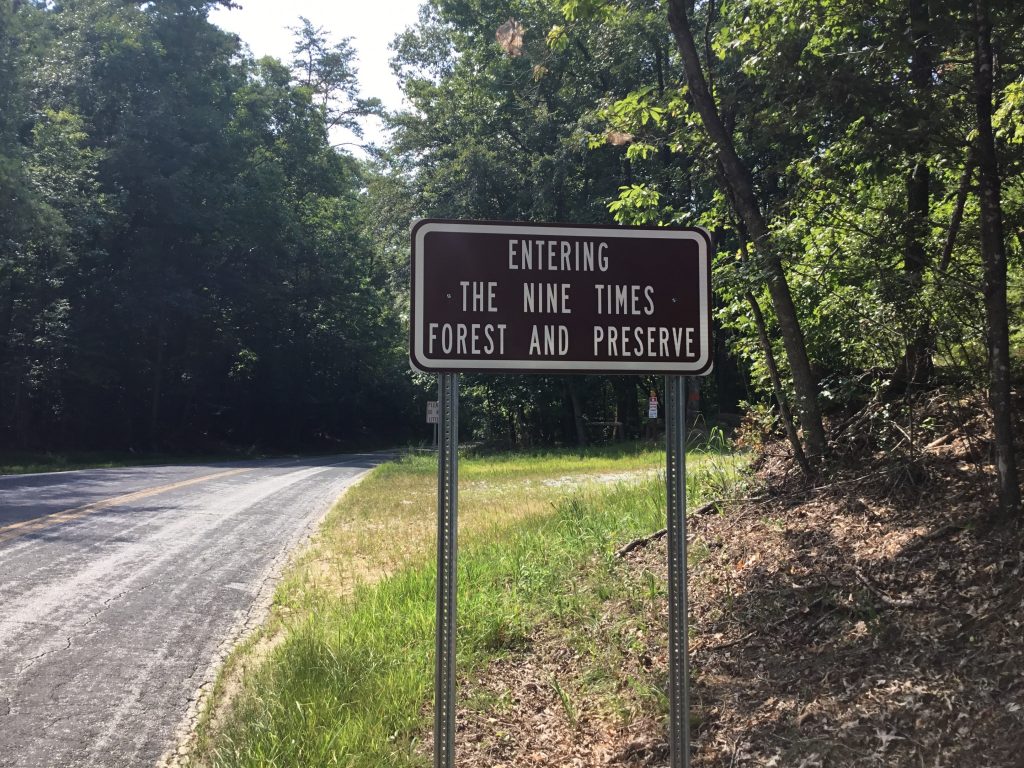 Prosperity
Originally known as the village of Frog Level, tradition holds that the current town name of Prosperity stems from the first settlers’ anticipation of prosperity. According to Dan G. Ruff of the South Carolina Encyclopedia, the Prosperity Meeting House gave its name to this postbellum town in Newberry County.

The road sign pointing Prosperity one way and Clinton the other became a popular conservative quip during the eight years of President Bill Clinton’s administration. 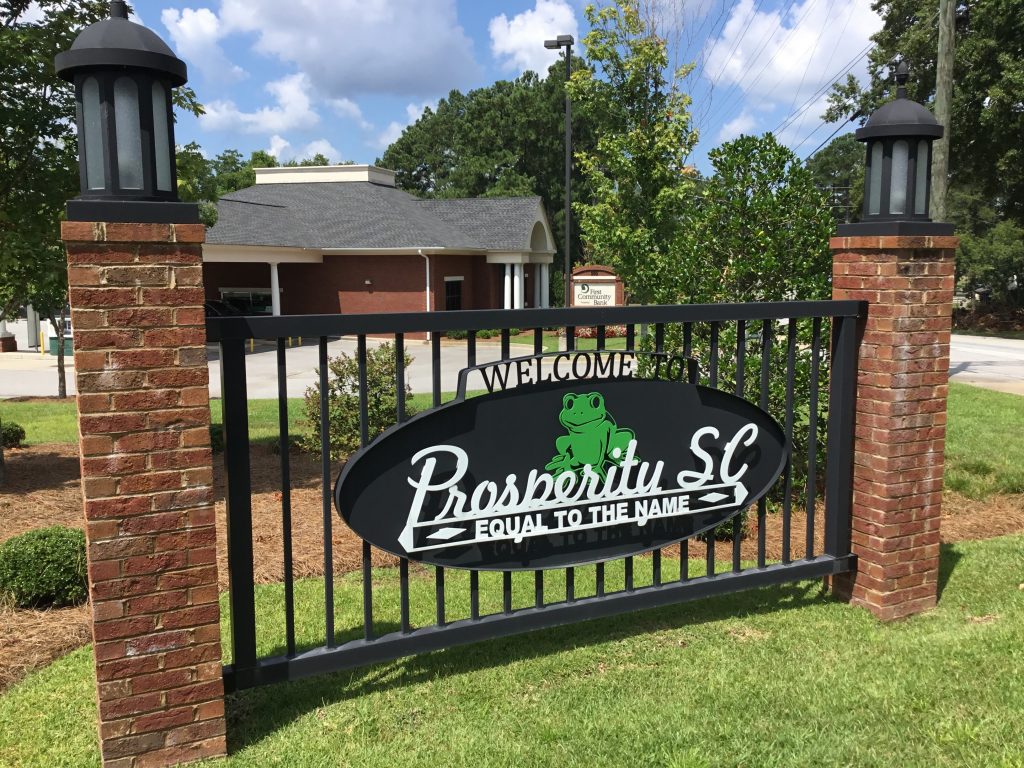 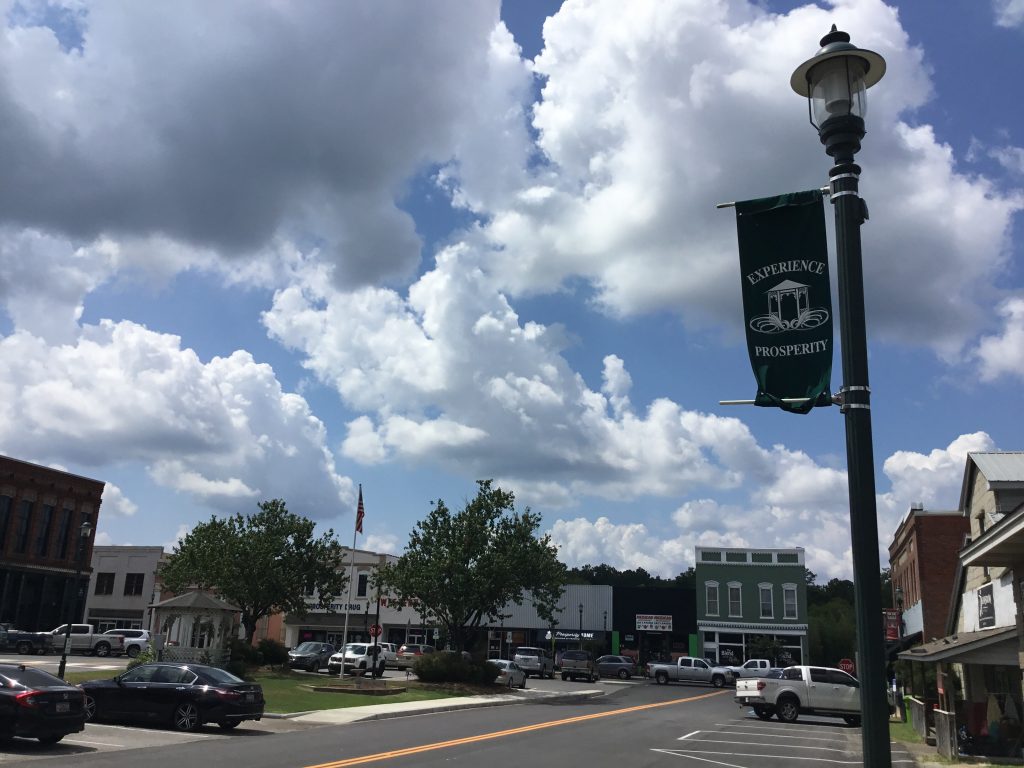 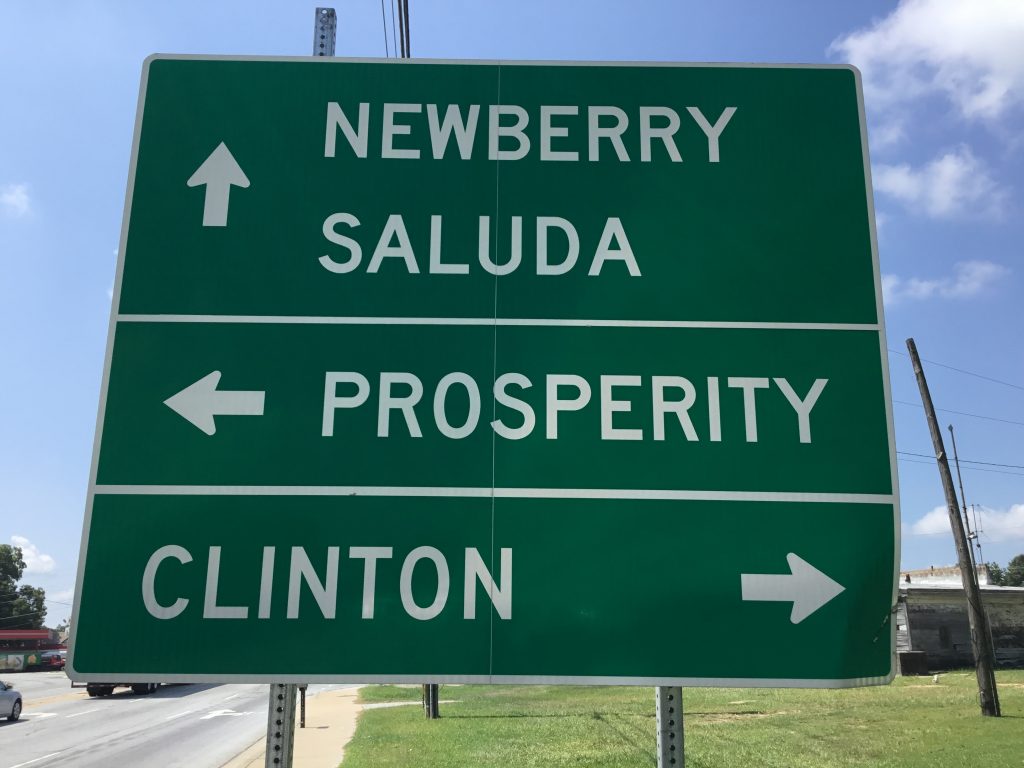 Located in Pickens County, this town was named Six Mile because it was located six miles from Fort Prince George, the principal trading post among the Cherokee lower towns – today’s western South Carolina and northeastern Georgia. 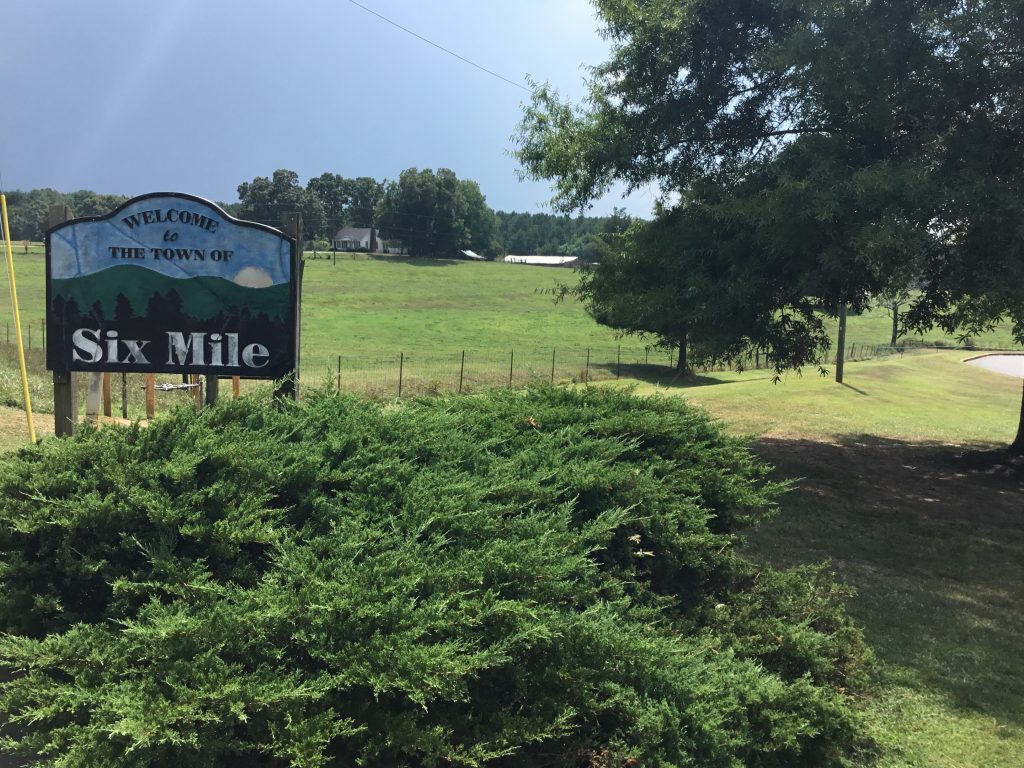 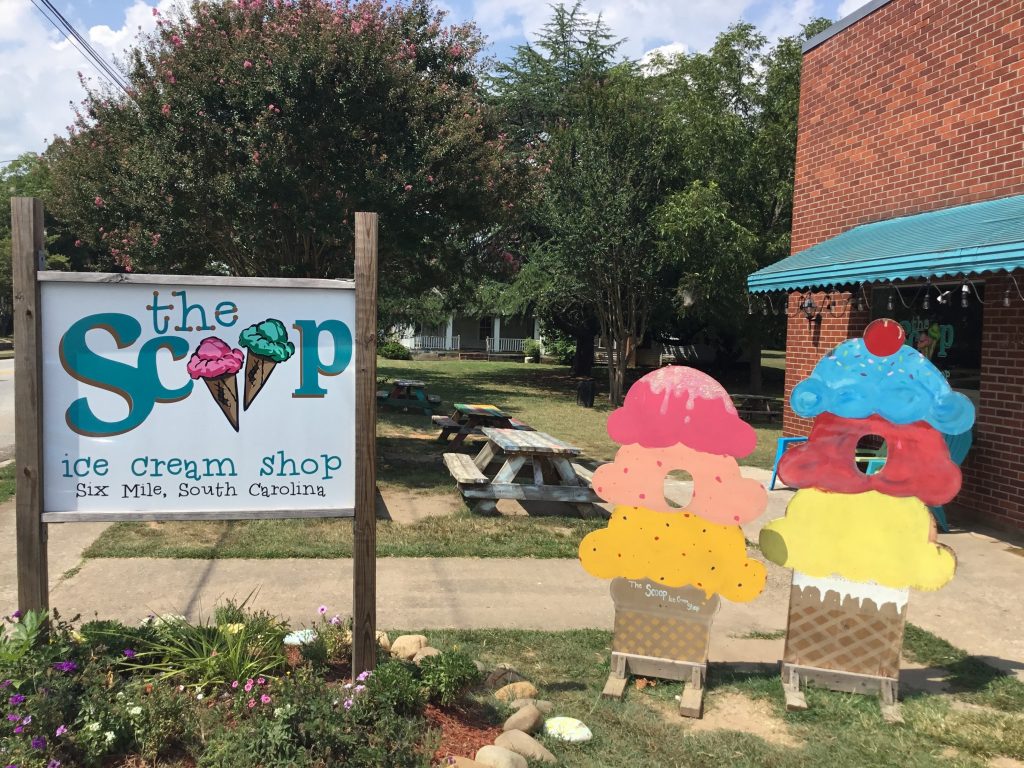 Many other landmarks in this area were named according to their distance from Fort Prince George such as 12 Mile River and 18 Mile Creek.

Thicketty is an unincorporated community in Cherokee County between Gaffney and Cowpens along U.S. Route 29. 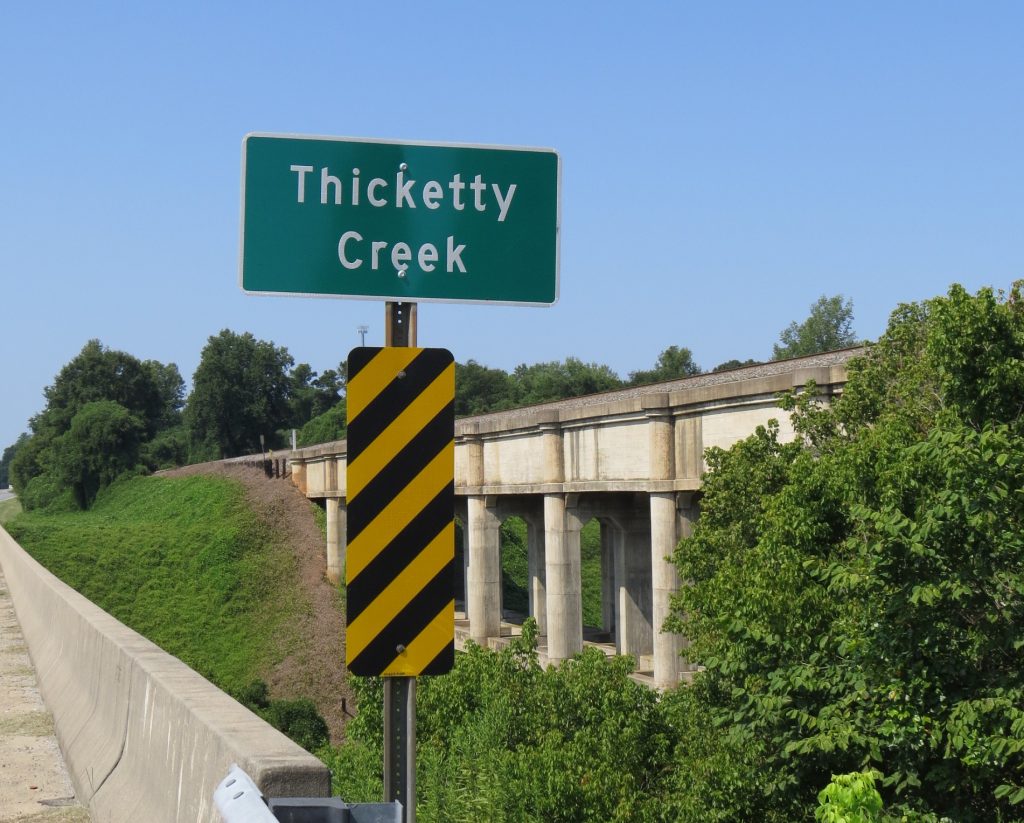 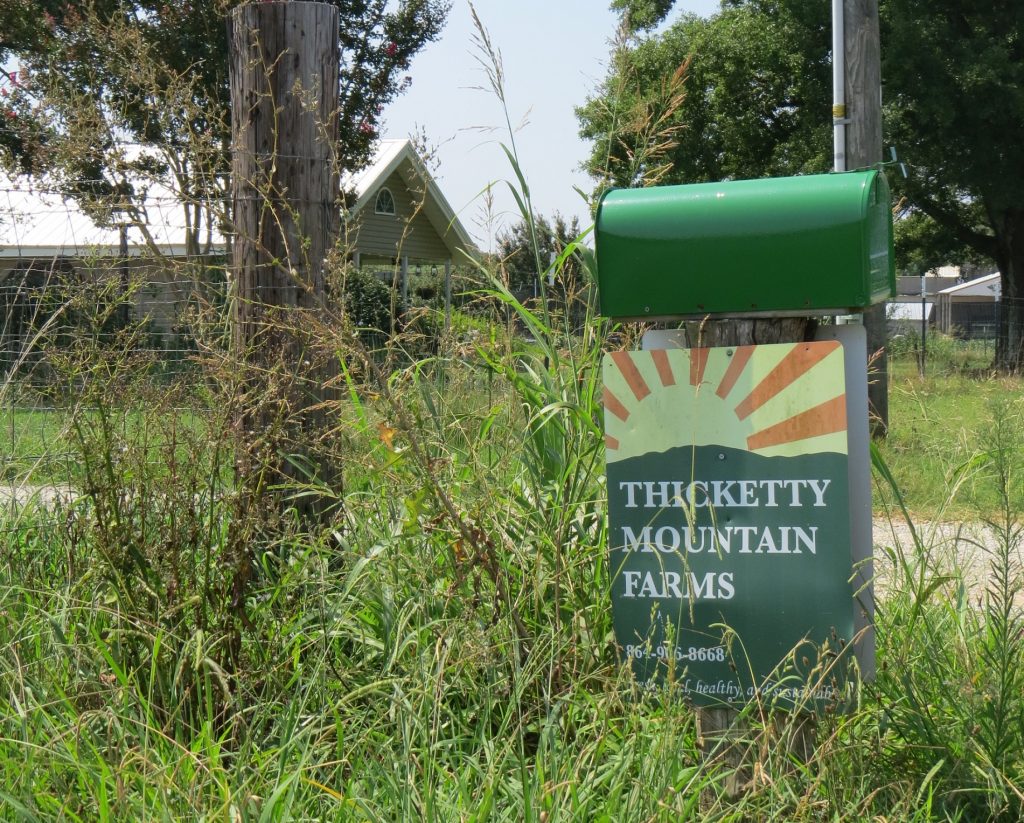 Located about 12 miles northeast of Spartanburg, Thicketty got its name from nearby Thicketty Mountain, which served as a landmark during The Battle of Cowpens during the Revolutionary War.