Enjoy a full moon paddle on the Saluda this Sunday

“A river you’ve been on a thousand times will feel like a completely new place at night,” said Nathan Weaver, owner of Saluda River Rambler.

The full moon paddle experience is $25 per person, with 14 boats available to rent. Life jackets, paddles and glow sticks will be provided for those renting kayaks, and a limited number of headlamps will be available for purchase.

Paddlers are invited to bring their own kayaks, with no limit on the number of participants. For those bringing their own gear, a $5 tip per person is suggested. Participants should be at least 16 years of age and have some kayaking experience. 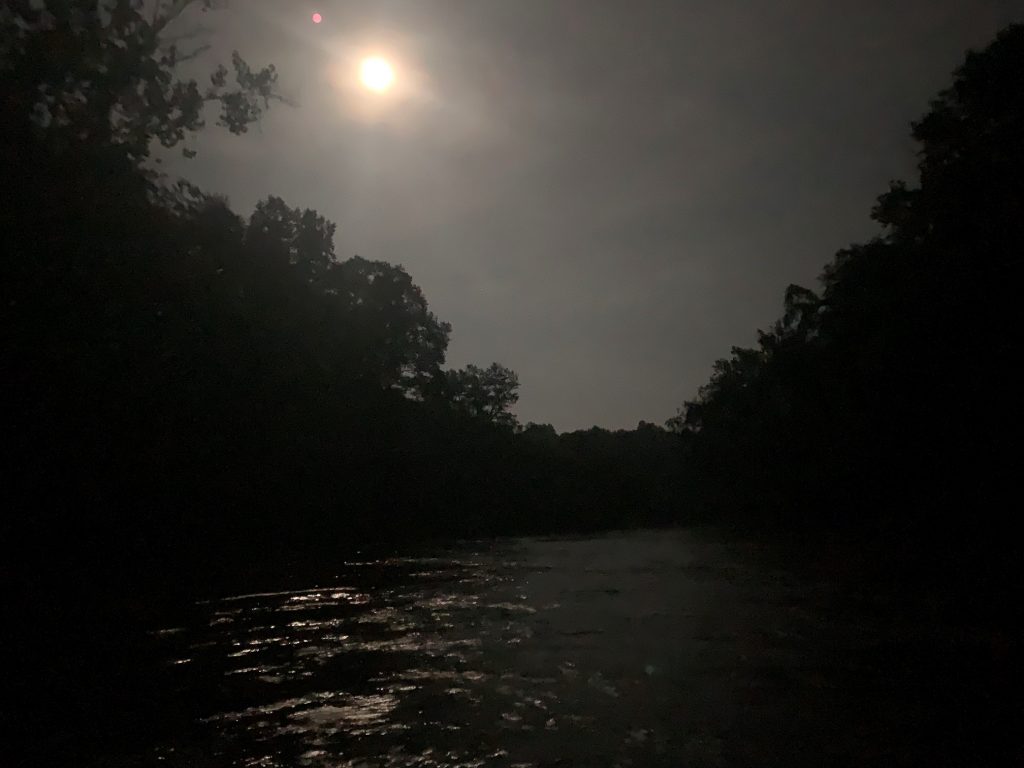 Guides from Saluda River Rambler will meet those who are renting kayaks at Saluda River Grill in Piedmont at 9:15 p.m., then shuttle them to Timmerman Jr. Kayak Launch in Pelzer. Those bringing their own watercraft should meet at the Timmerman Jr. launch, 15 Capers Street in Pelzer, at 9:40 p.m.

Kayakers will launch as a group and paddle upstream for approximately 45 minutes, then head back to the Timmerman Jr. launch. Paddlers will be asked to “buddy up” and Saluda River Rambler guides will sweep from behind to ensure that no one is left on the river alone.