Some of the best recipes can be found at a church gathering and Elaine Clyde-Butler’s Blueberry Tart proves it.

Clyde-Butler of Greenville, who entered her recipe in the Carolina Eats Summertime Dessert Recipe Sweepstakes presented by Ingles at the last moment, was drawn as one of the sweepstakes’ four finalists.

“I was at a church function about 20 years ago and I loved this when they brought it out, so I asked for the recipe and two days later she gave it to me,” Clyde-Butler said.

As a finalist, Clyde-Butler received a $250 Ingles gift card and is entered into the drawing to win the sweepstakes’ grand prize, a $500 gift certificate from Hampton Furniture in Anderson. She also appeared on WSPA’s Your Carolina show, preparing her recipe alongside Ingles Chef Jasmin Queen and Your Carolina co-host Jamarcus Gaston.

Perfect for picnics, family gatherings and church dinners, of course, Blueberry Tart tastes better and better the longer it chills in the refrigerator, according to Clyde-Butler.

In a bowl mix flour, melted butter and walnuts. Press into 9×12 pan or baking dish and bake at 400 degrees until browned. Watch closely. Let cool. 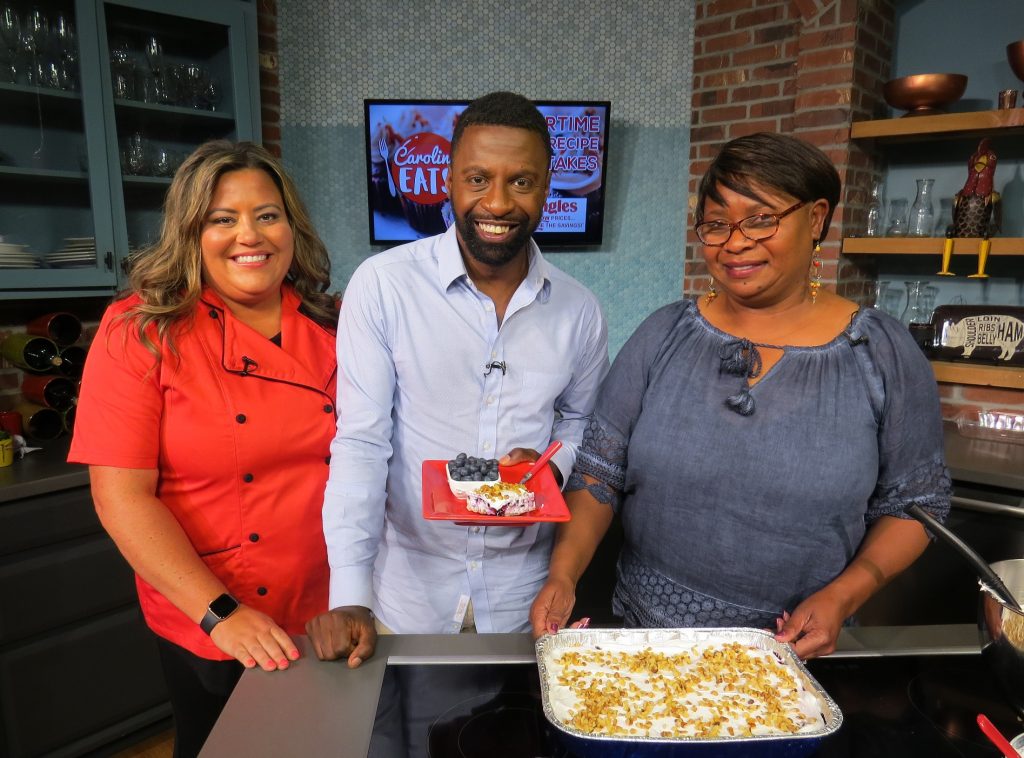