The City of Greenville kicks off its Downtown Event Series on March 21 and 22 with the season-opening nights of Piedmont Natural Gas Downtown Alive presented by Clemson MBA and Greenville Heritage Main Street Fridays presented by Pepsi. 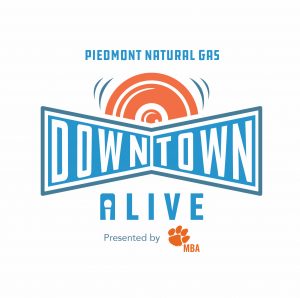 This year’s event series will feature Beats and Bites, with food trucks rotating every Thursday. This season also will again feature the Gimme the Gig contest where local bands have the opportunity to submit links to their music online, allowing fans to cast a vote for their favorite band. The band receiving the largest number of votes will ultimately earn a paid gig at the series on August 29, as well as studio time at Sit-n-Spin Records. Complete details will be released prior to the contest’s start date in May. 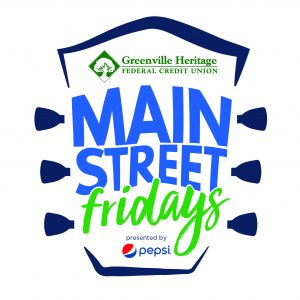 Greenville Heritage Main Street Fridays presented by Pepsi begins its season on Friday, March 22, with The Night Affair Band. This season will feature 28 bands, 17 of which are new to the series. Highlighted performances include The Jamie Wright Band, Hot as a Pepper, Mac Arnold & Plate Full O’ Blues and True Blues. Greenville Heritage Main Street Fridays will also feature the Greenville Triumph Kids’ Zone with free activities for children.