Live entertainment and longer retail hours are on the agenda when First Friday kicks off in downtown Anderson on August 6.

Presented by City of Anderson Economic Development, the first Friday night of August will feature a free concert by The Jake Bartley Band from 6-9 p.m. in Carolina Wren Park on E. Whitner Street.

Participating merchants will stay open until at least 8 p.m., with many of them offering First Friday specials, according to City of Anderson Business Education and Event Manager Caroline Gaddis. 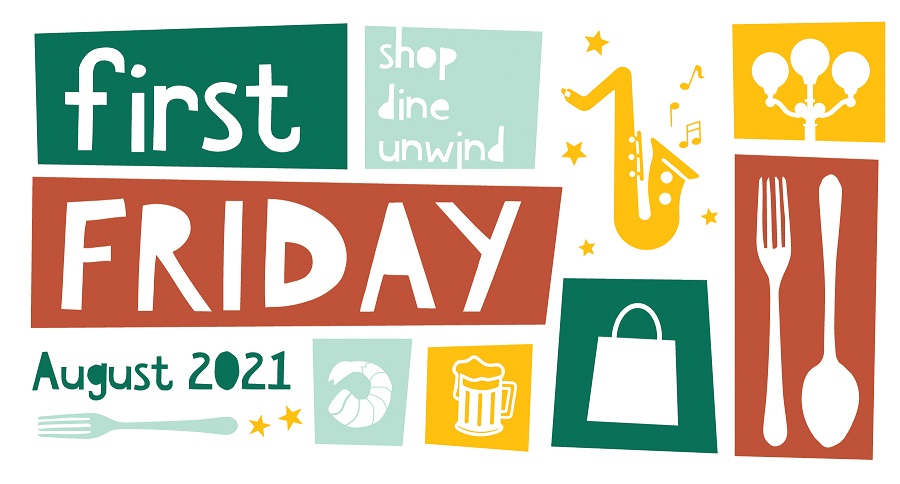 “The whole point of First Friday is to allow people to come downtown after work and enjoy retailers that otherwise may be closed,” Gaddis said.

All downtown retailers are being encouraged to remain open until at least 8 p.m. on the first Friday of every month and restaurants are being asked to consider offering a First Friday special. The City of Anderson will sponsor live entertainment from musicians to live theater to comedic acts. Food and specialty vendors also will be on hand.

Downtown merchants say they’re hoping that First Friday will bring more exposure to all that is available downtown and increase the camaraderie between downtown business owners.

“We know that many of our local businesses were hurt because of COVID and we believe this is one way to help bring more people downtown, like those who are not able to get down here during the day,” Gaddis said. “We want people to come downtown, enjoy themselves and help spark business success in Anderson.”

Go HERE and click “Friday Friday” under the “Events” tab for updates on First Friday entertainment and participating merchants.