As a recent college graduate in 1980, Paula Kirkland was cutting grass at Spartanburg Methodist College when she received a call to report for work at Spartanburg District One.

“My grandfather knew the superintendent over in District One and he called and asked if he could give his granddaughter a job,” Kirkland recalled. “I had a job but no school and no position. Then three days before school started, my old basketball coach who was then the principal at Dorman called and said, ‘We’ve got an opening.’”

“I said, ‘oh no, I don’t know anything about volleyball,’ but he said that was the deal and I said ok,” Kirkland said.

Kirkland admittedly knew very little about the game of volleyball and only tried it as an intramural player in college. So, three days before her new team’s first practice at Dorman, Kirkland met her former college roommate and her roommate’s high school volleyball coach in Kershaw, SC for a quick tutorial.

“That lady spent all Sunday afternoon copying the coaching books that she had on volleyball and talking to me about volleyball. That gave me my start. At least I had something to go by,” Kirkland said.

The instruction appeared to pay off with Kirkland’s team going 14-4 and making the playoffs that first year. But subsequent years were just average.

“I was struggling with that because I’m a competitor. I hate to lose,” Kirkland said. “The best thing you can do in this profession and any profession is ask for help, surround yourself with people that know more than you, and go learn, so that’s what I did.”

Kirkland got to know the volleyball coach at the University of South Carolina, spending four summers at USC’s volleyball camp learning how to teach the game.

“That gave me the confidence to come back into my gym and teach it,” Kirkland said, “I give those folks all the credit in the world for giving me the opportunity to be successful here.”

That success includes 13 state volleyball championships and sending several Dorman players on to college careers including Gatorade® National Volleyball Player of the Year Thayer Hall who is now playing at the University of Florida. 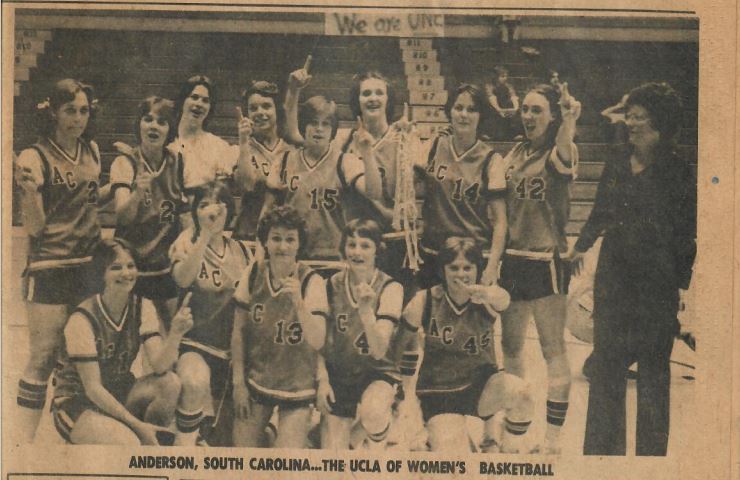 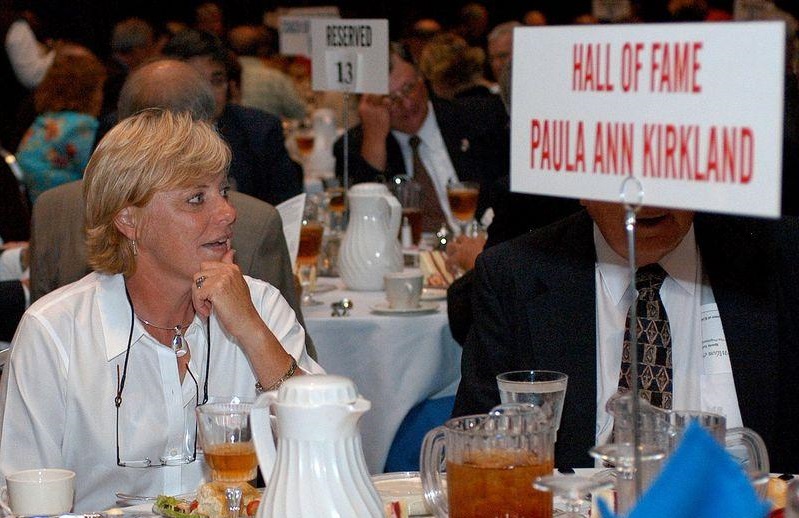 Kirkland was inducted into the SC Athletic Coaches Association Hall of Fame in 2004. 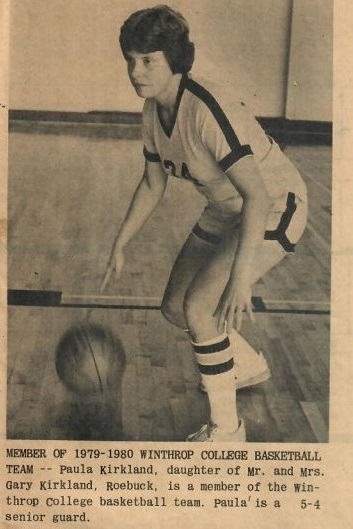 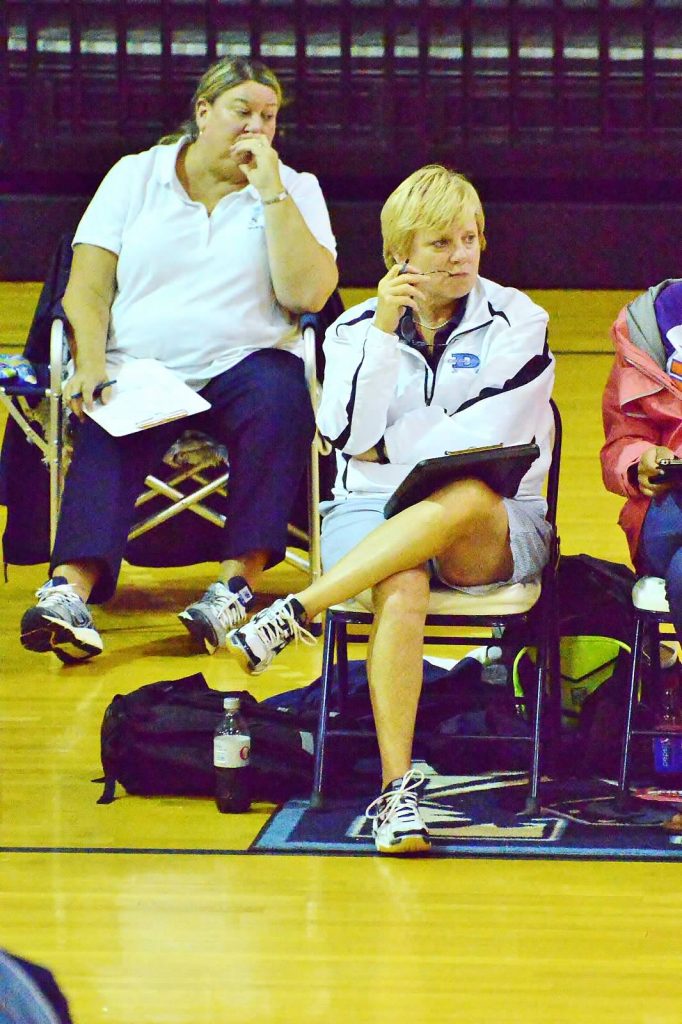 Choosing favorite moments from a storied, 40-year career can be difficult, but Kirkland points to her first state championship as one of them.

“It just so happened that that particular year, we made it to the finals, and we got to host it,” Kirkland said. “It was at the old gym in the old Dorman which was sunken down with the fans up high and you were down low. It was loud and echoey and that place was packed. I’ll never forget the feeling, sitting on the bench and it’s obvious we’re going to win the match and a state championship. That was memorable.”

Then in 2016, Kirkland’s team traveled to Arizona where they placed seventh in a gym full of national powerhouses. “We went out there and held our own and that’s a moment I’ll always be proud of.”

But having the opportunity to spend a career at a school where her letter jacket hangs on the wall is unique and special. 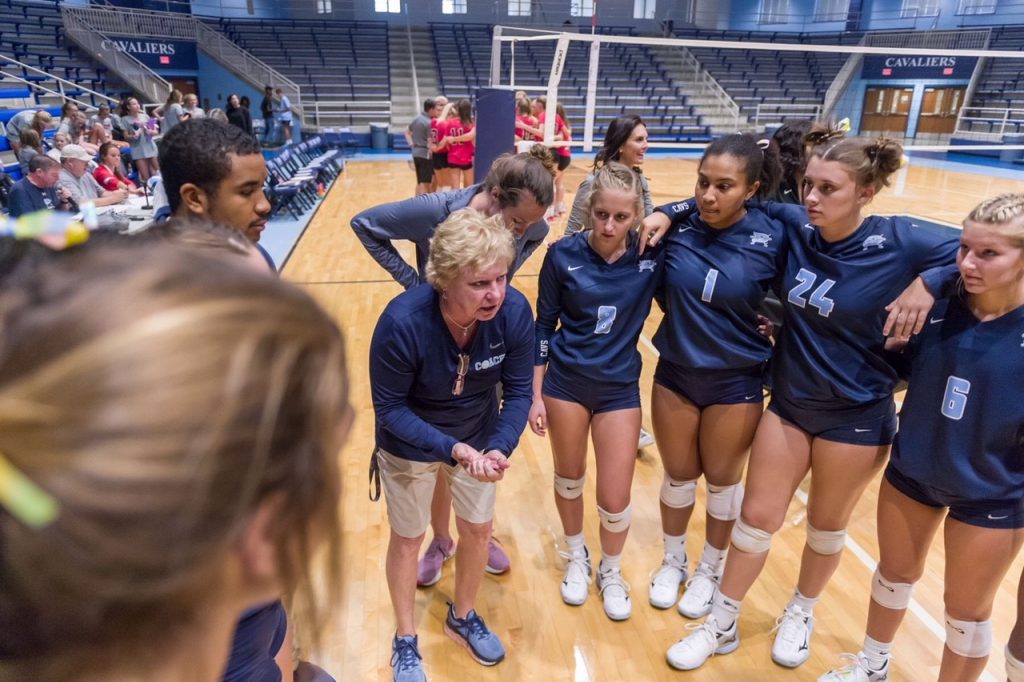 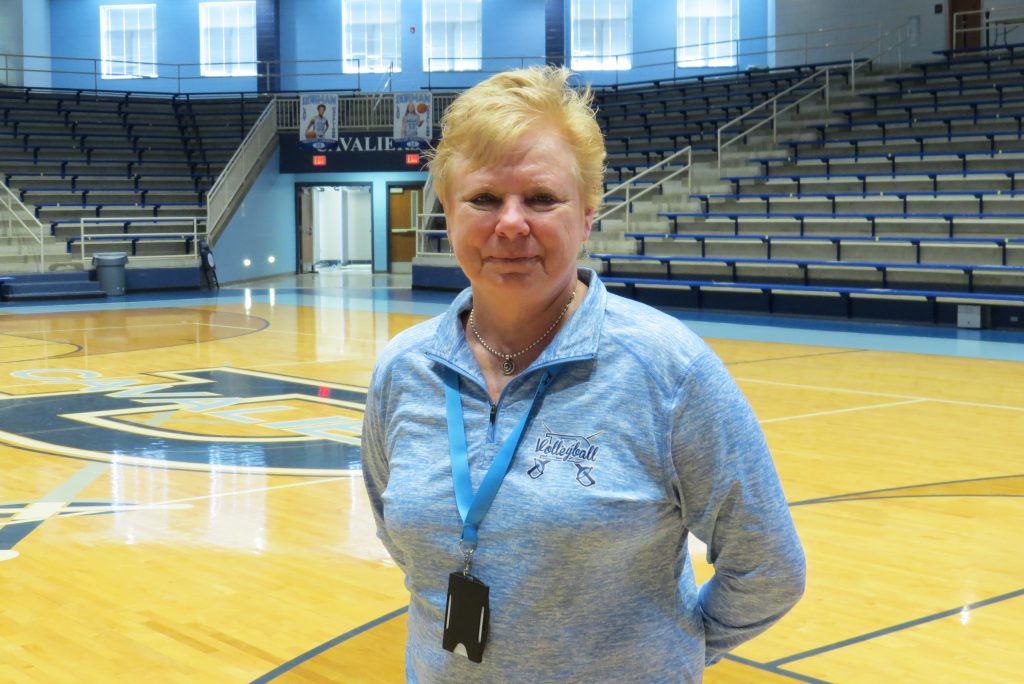 So, what advice does someone with a successful and storied career as a player and a coach have for future young women coaches?

“Always be willing to ask the next question and ask someone for help if you need it,” Kirkland said. “And if someone tells you that you’ve got to do something else in order to do what you love, you say ‘yes,’ because you can learn.”

Images used in the video portion of this story courtesy of Edward Overstreet.