Dixie Gem: Merchant of natural wonders and the healing power of the earth

It’s one of those places that you’ve driven by hundreds of times, then one day you decide to stop in.

Housed in a former Sinclair gas station on Poinsett Highway in Greenville, Dixie Gem is a haven for rock and gem collectors and for those in search of the healing power of the earth.

Twins John and Larry Turner turned a hobby into a career when they bought the local rock shop in 1986. Almost 33 years later, the brothers have assembled one of the region’s most extensive collections of gems, crystals, fossils, minerals and meteorites and have become local experts on all things geological.

From curiosity seekers to serious collectors, Dixie Gem offers something for any sized wallet. You’ll find mineral crystals and onyx stones priced at a dollar up to a geo-celestine crystal cluster with a one thousand-dollar price tag.

There are shark teeth and arrowheads, quartz and platinum crystals, fossil fish and ammonites, florescent calcite and tumble polished stones. There is a nice selection of estate jewelry and custom pieces on consignment from area jewelry makers. And if you’re into metaphysics, Dixie Gem has a good number of healing crystals.

“Name it and we’ve likely got it from petrified poop to space rocks,” Larry Turner says with a chuckle. 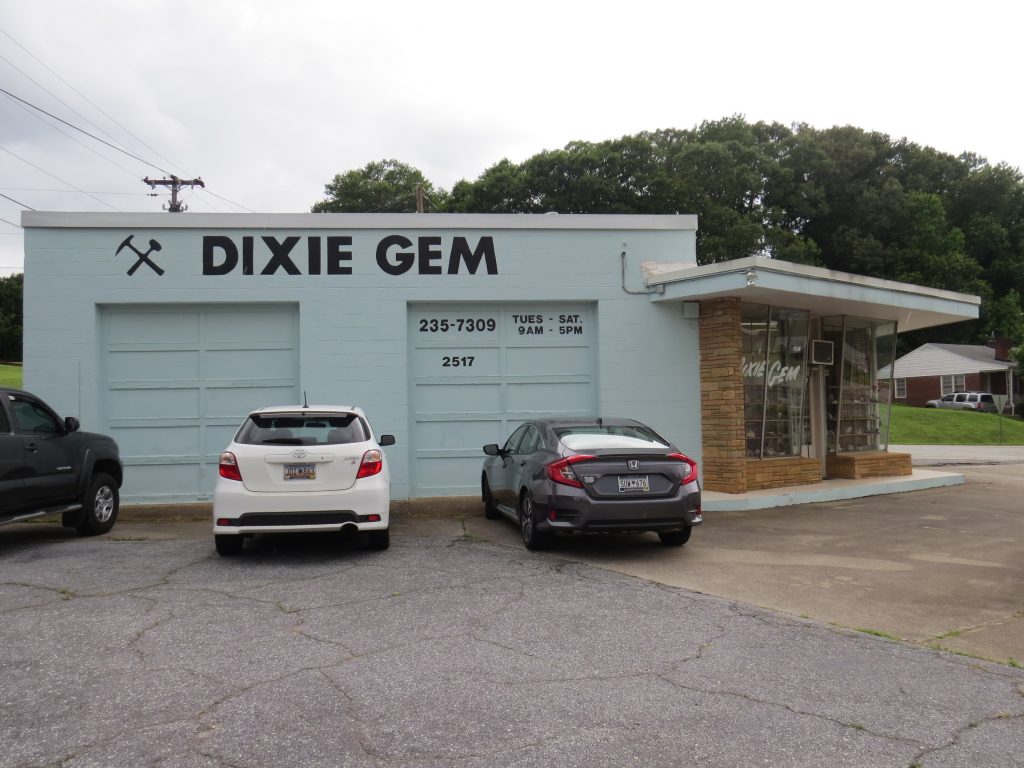 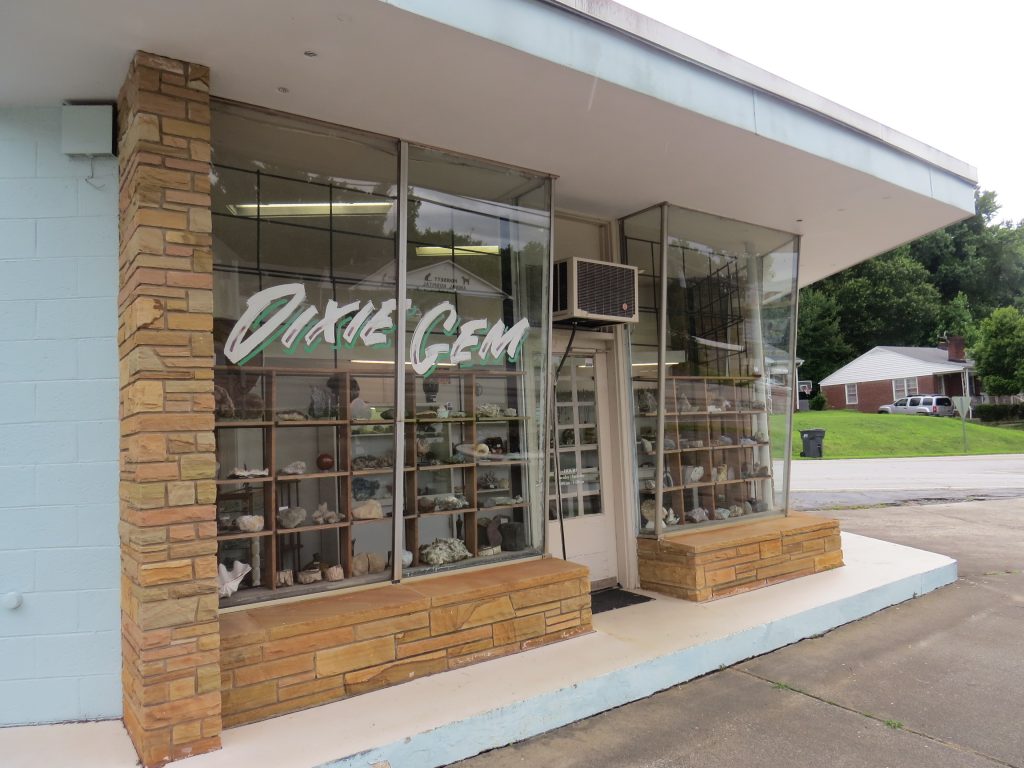 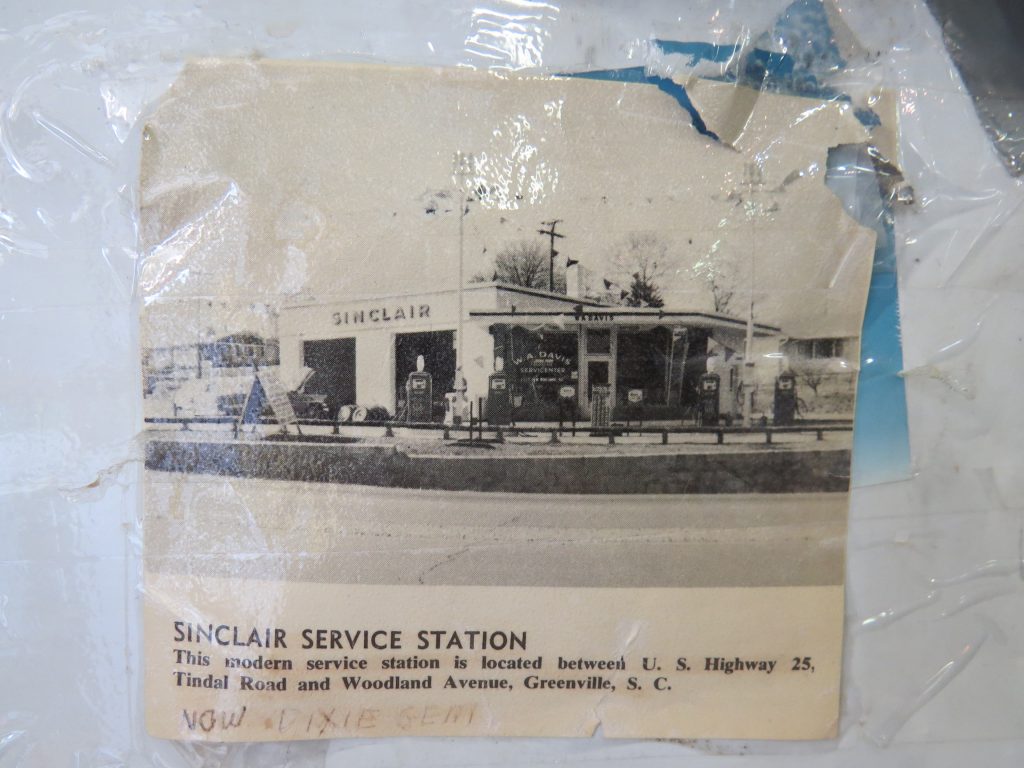 The brothers’ love of natural wonders started early in life. John was a seashell collector while Larry collected meteorites. They remember visiting Dixie Gem as teenagers, and in their late 20’s, they became the proprietors when the original owner retired.

Not much has changed since the brothers bought the aquamarine-colored building on Poinsett Highway, but that’s part of its nostalgic charm.

“We have customers who came in here as kids, now they’re bringing their kids by,” Larry says.

For the Turners, Dixie Gem is about offering a varied selection of natural wonders, educating customers and helping them identify their own geological finds. The brothers purchase inventory from gem shows and collectors, with some items like polished stones bought from wholesalers. Each item has a label stating what it is and where it’s from. 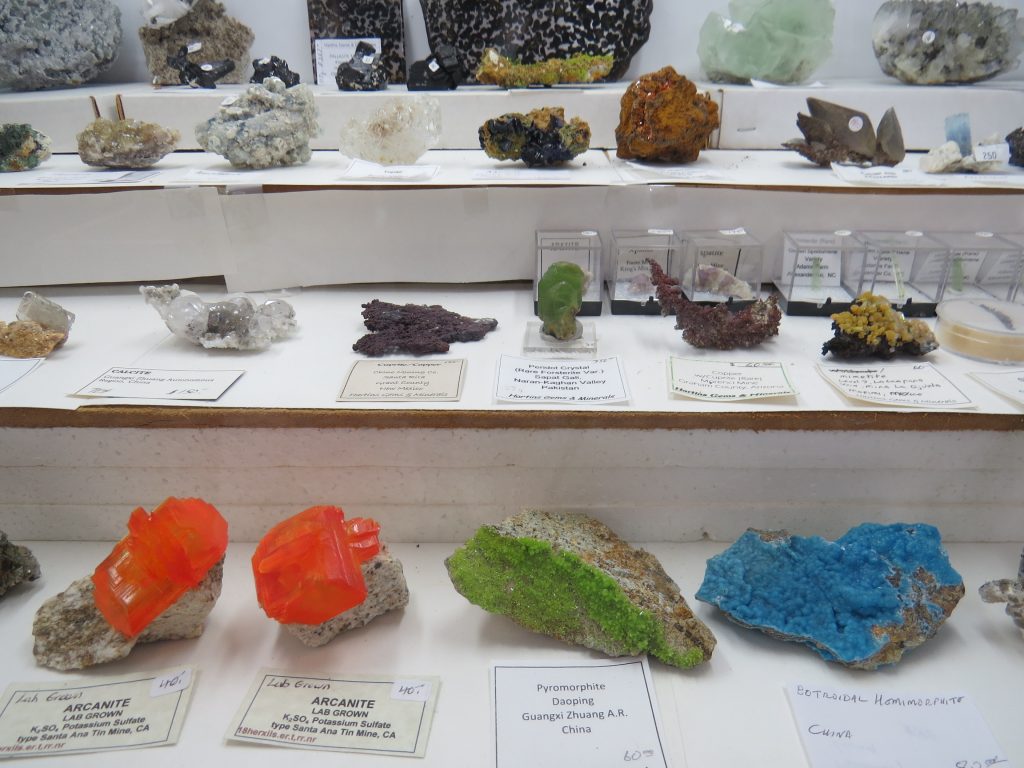 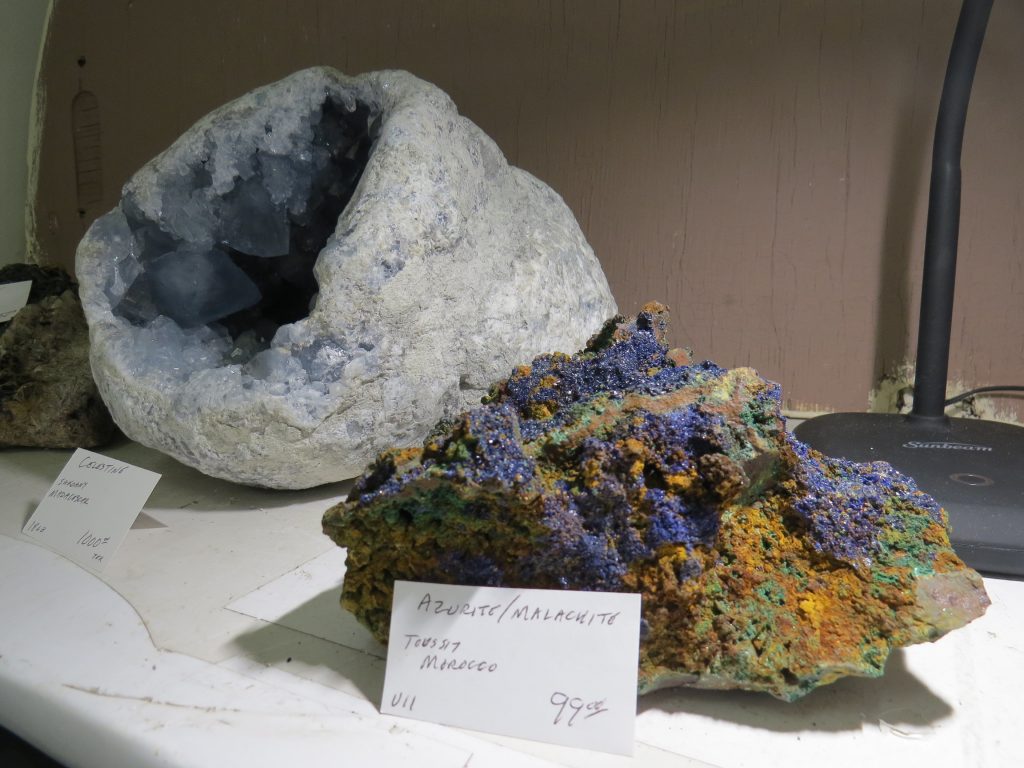 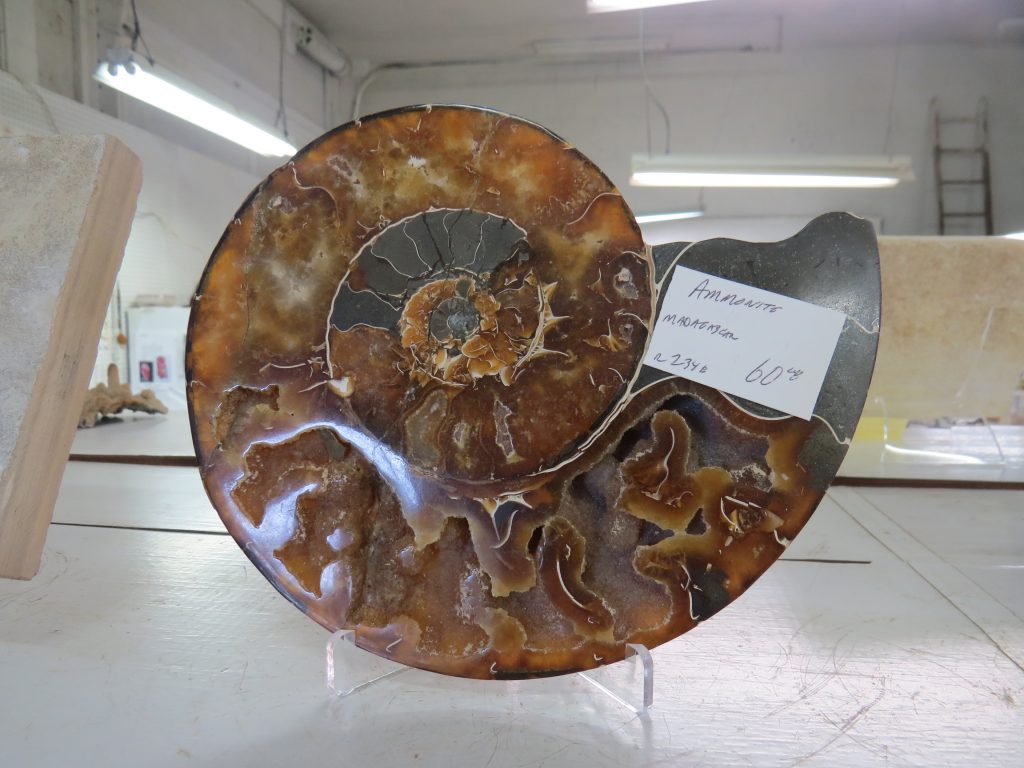 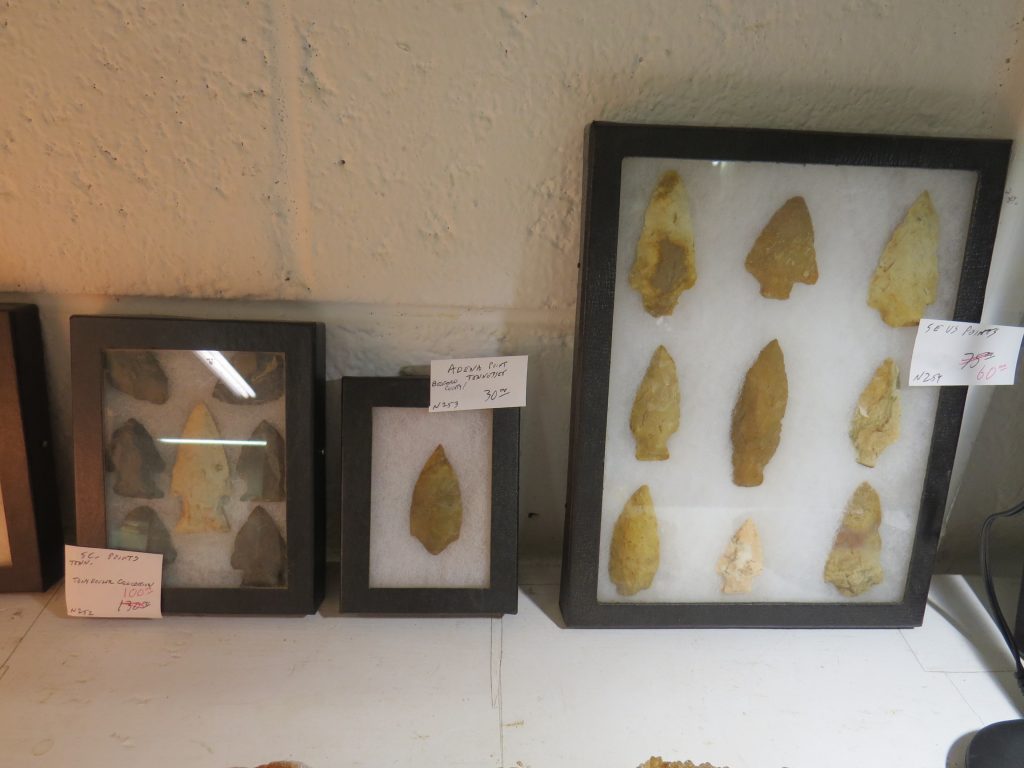 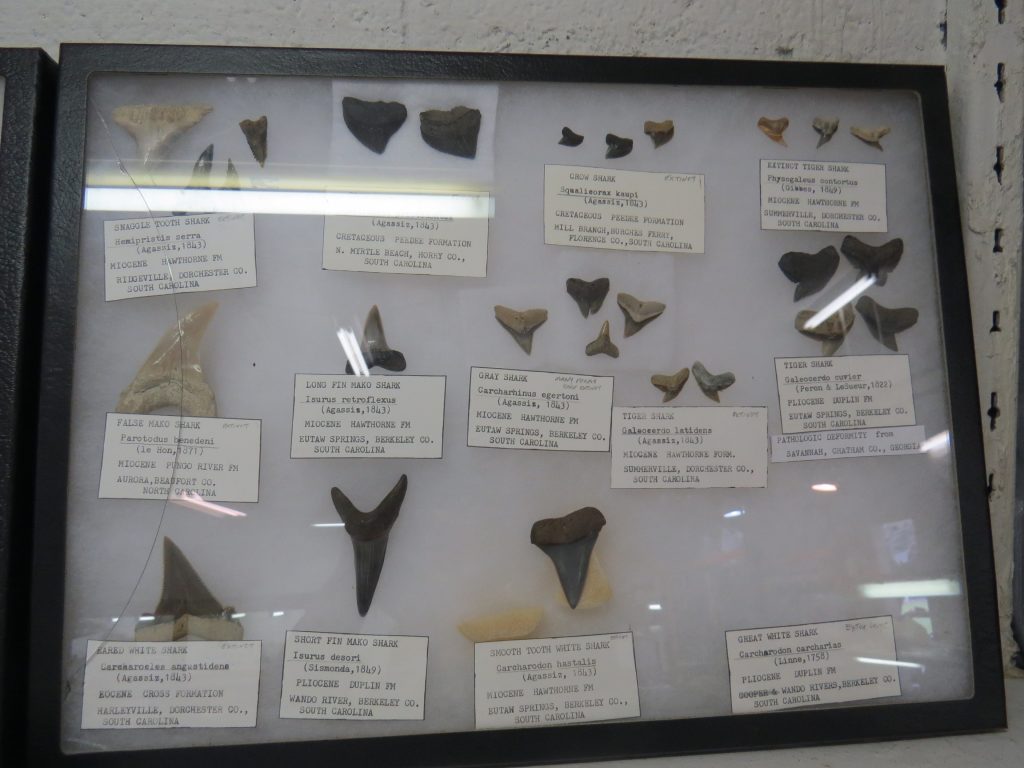 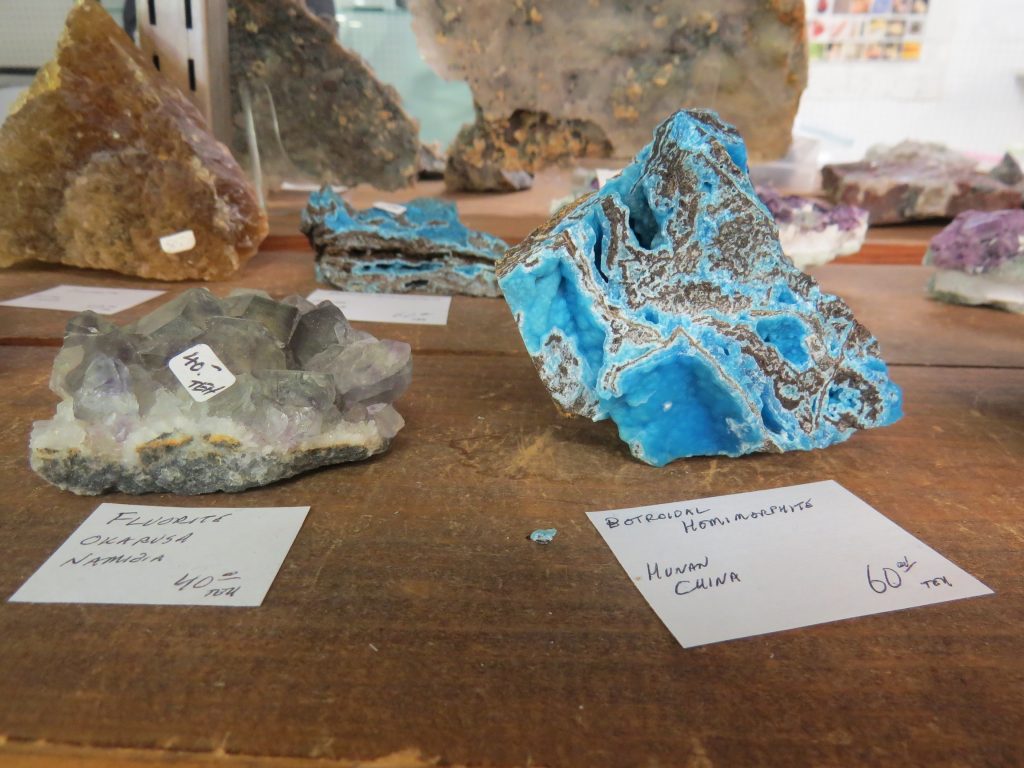 One of Dixie Gem’s rarest items was found just up the road. Angle-plated quartz, a grid-like formation with tiny quartz crystals, is only found in northern Greenville County, the brothers say. A housing community was developed on the site, so similar formations are now impossible to find.

Dixie Gem also has two rocks that were formed in 1945 when the first atomic bomb was tested in New Mexico and Quartz with Fluorite from Hunan Province China, which is a three-and-a-half-hour train ride from where the Covid-19 pandemic is believed to have originated.

“Someone once told me we should charge admission like museums do,” Larry recalls. “I asked him if I should start with him and he said the next customer.”