“When GRC began this project, John I. Smith Charities was one of the first organizations to support our effort and we appreciate their continued support,” Dent said. “This grant will give us the opportunity to complete all the planning and begin construction on the museum/event center which is the final signature element of Textile Heritage Park.”

GRC partnered with the Greenville Textile Heritage Society, an organization comprised of mill alumni and associates, to raise funds and develop a six-acre site across from the former Monaghan Mill on Smythe Street in Greenville into a place that pays tribute to the legacy of the area’s Textile Crescent. In the 1920s, the property was known as Central Park where parades, pageants and dinners on the ground were held. Years later, it was paved to become a parking lot for Monaghan Mill workers. 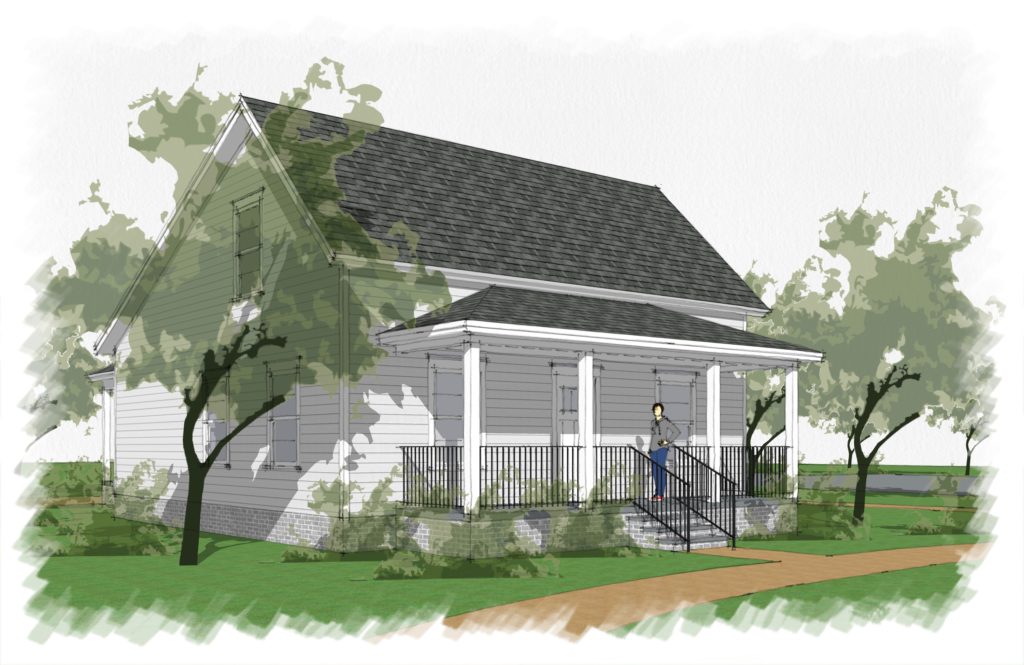 Once completed, Greenville Textile Heritage Park will be the only location in the Upstate with a comprehensive history of the textile industry and the people who made Greenville County the Textile Capital of the World for more than 100 years, Dent said.

Currently, GRC has finished the construction of the parking lot, the children’s playground and the Mill Walk, a walking trail with 13 alcoves dedicated to the history of 12 mills along the Textile Crescent and Parker High School. The park also will include a community garden, an outdoor classroom and wildflower garden for study of the area’s native plants, and a large open lawn.

A focal point of the park, the textile museum has been designed to resemble a 1930s-era mill house. It will double as a recreation space for the community, paying tribute to the area’s industrial past while celebrating its developing future.