The City of Greenville is working to keep the green in Greenville with a “drive-thru” tree giveaway event on Saturday, January 30, from 9 a.m. to 11 a.m. 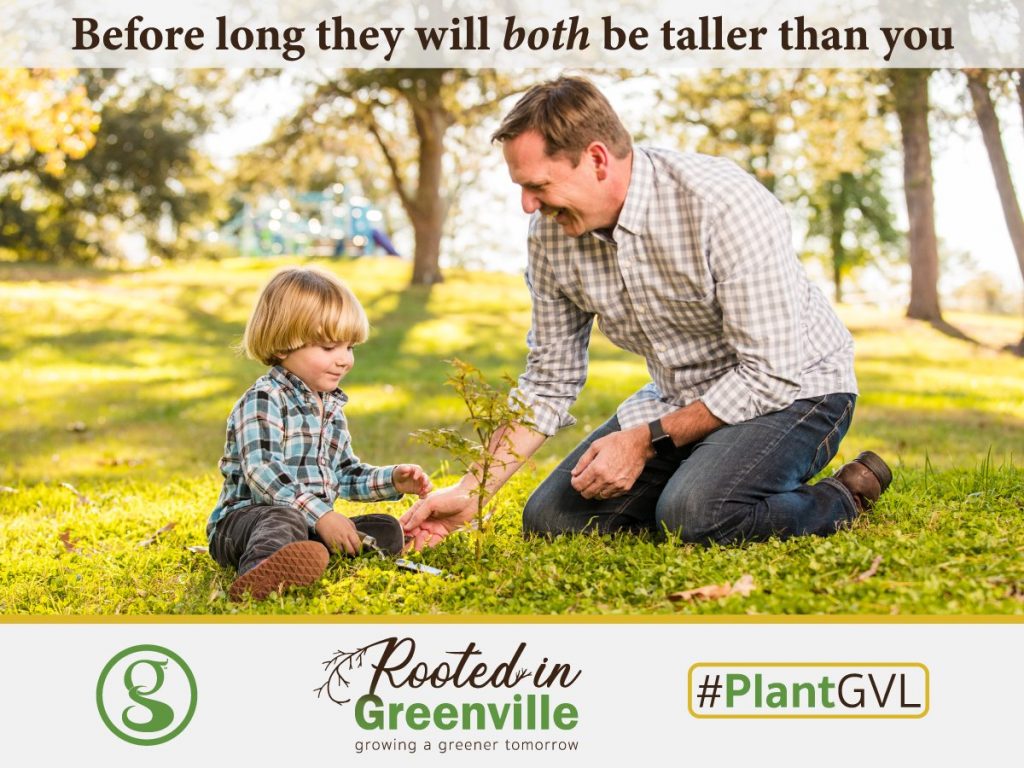 A total of 200 bare-root saplings, including redbud, shellbark hickory, bald cypress and scarlet oak, will be available during the two -hour event held in the curved parking area at the former site of Cleveland Park Stables between 126 Woodland Way and 206 Woodland Way. One tree per vehicle will be given away while supplies last.

Attendees are asked to stay in their cars and wear a mask when they reach the front of the line. Walk-ups are also asked to wear masks.

Greenville’s second tree giveaway is part of the city’s Rooted in Greenville campaign, which is designed to preserve existing trees and promote and support tree planting efforts citywide. On December 5, city staff gave away 200 bare-root saplings at the TD Saturday Market.

Most of Greenville’s trees were planted in the 1930s by the Civilian Conservation Corps (CCC), and close to a century later, they are aging out, according to Greenville City officials. A recent study by the Green Infrastructure Center found that only 36 percent of the City of Greenville is currently under a tree canopy.

As part of the Rooted in Greenville campaign, the City has committed to planting 1,000 trees annually in city parks and the public right-of-way. The city also is conducting an ongoing public awareness campaign – including tree giveaway events – to encourage city residents to plant trees on private property.

Residents who receive a tree at giveaway events are asked to post a photo on social media, along with the hashtag #PlantGVL.