Resting in the shadow of Anderson’s soon-to-be Home2 Suites by Hilton® is a tribute to an integral part of the city’s past.

A spirited and successful center of activity for African American commerce from 1907 until 1980, Church Street was home to a lengthy list of black-owned businesses from doctors, dentists and drug stores to restaurants, movie theaters and funeral homes.

Surrounded by The Bleckley Inn, the Home2 Suites now under construction, and rehabilitated downtown structures, Church Street Heritage Plaza features a sculpture and story boxes designed to capture the essence of this once lively district in downtown Anderson. 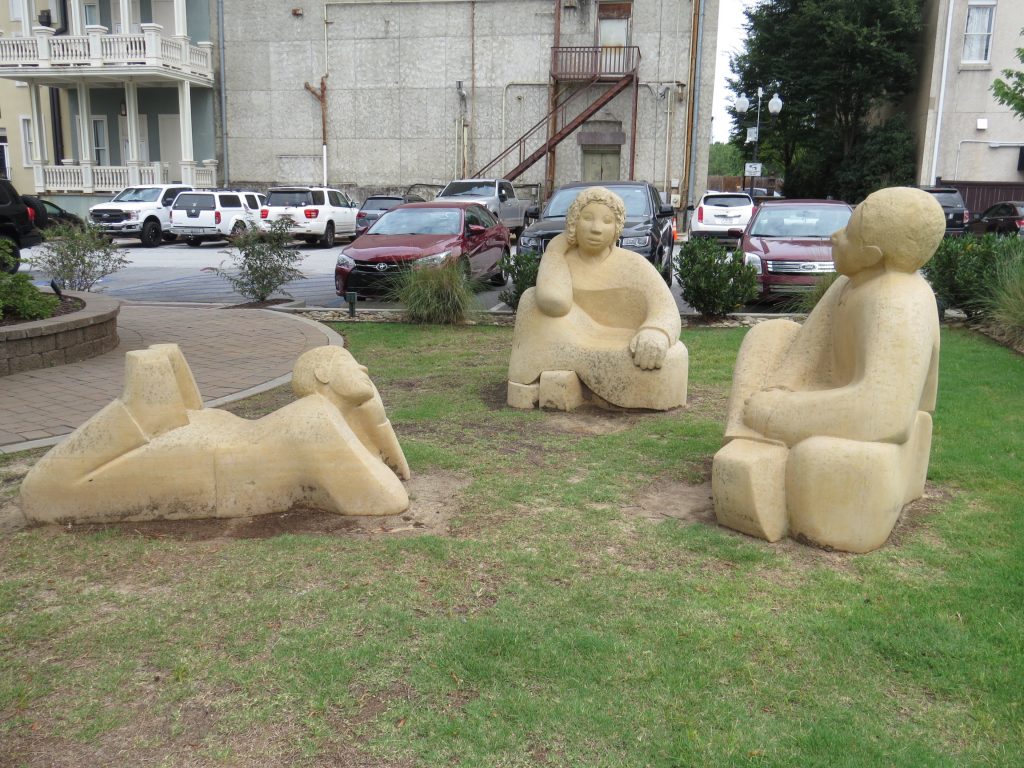 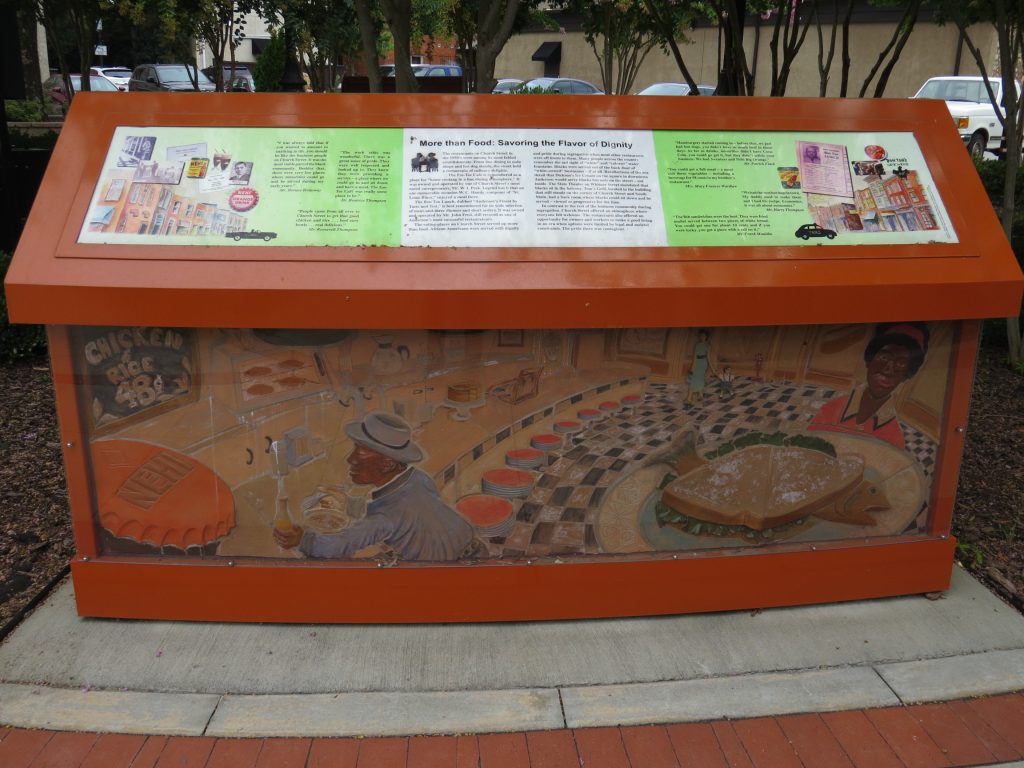 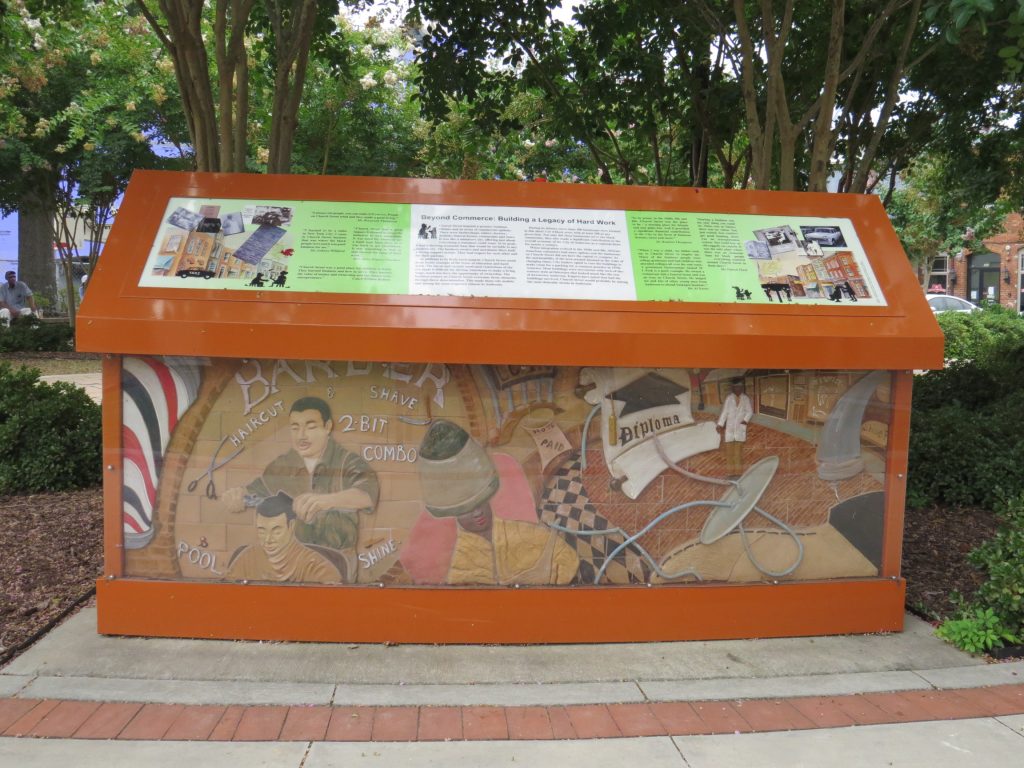 Anderson Mayor Terence Roberts uses the word “overwhelming” to describe his visits to Church Street as a child. “Church Street was off limits to children at night,” reads Roberts’ quote on one of the plaza’s story boxes. “As a little boy, I remember my uncle taking me down there. The hustle and the bustle were overwhelming, but I liked it so much I would sneak back.”

Church Street was the center of social, economic and political life for the black community, and many remember it as a place where children learned the value of money, ownership and entrepreneurship.

“I was always told that if you wanted to amount to anything in life, you should be like the businesspeople on Church Street,” reads a quote from Horace Holloway that appears on one of the plaza’s story boxes.

And during a time of segregation, Church Street was a safe space where black Andersonians could sit down at tables to enjoy a meal in a restaurant.

“There were very few places where minorities could go and be served during my early years,” Holloway’s quote continues. 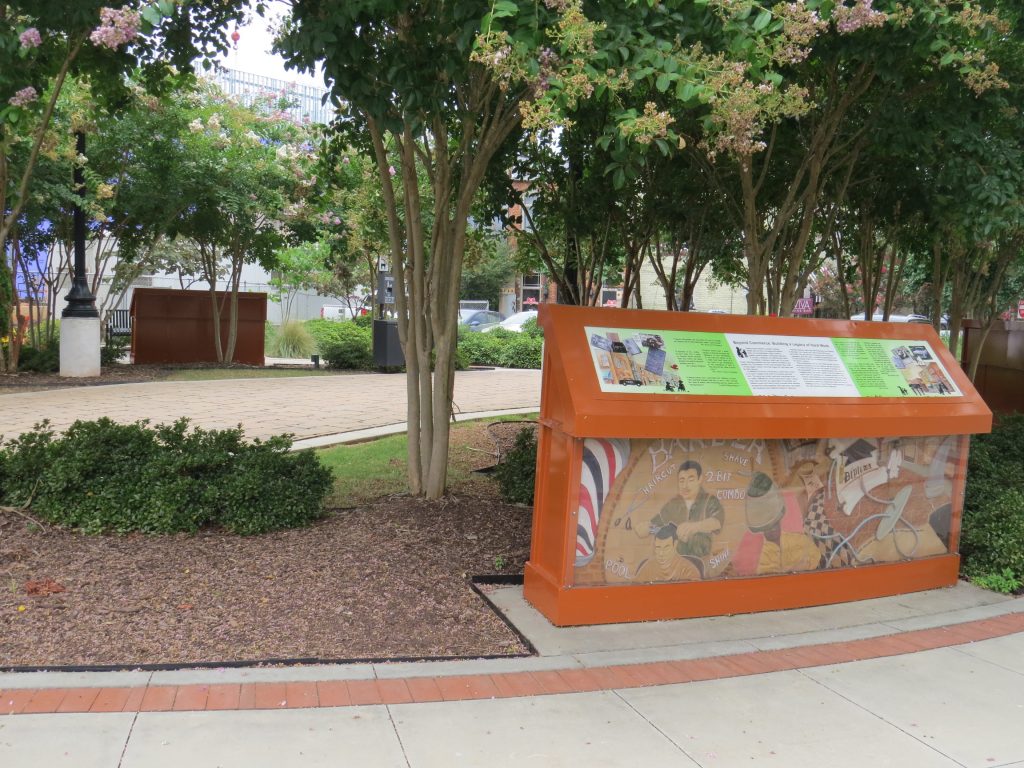 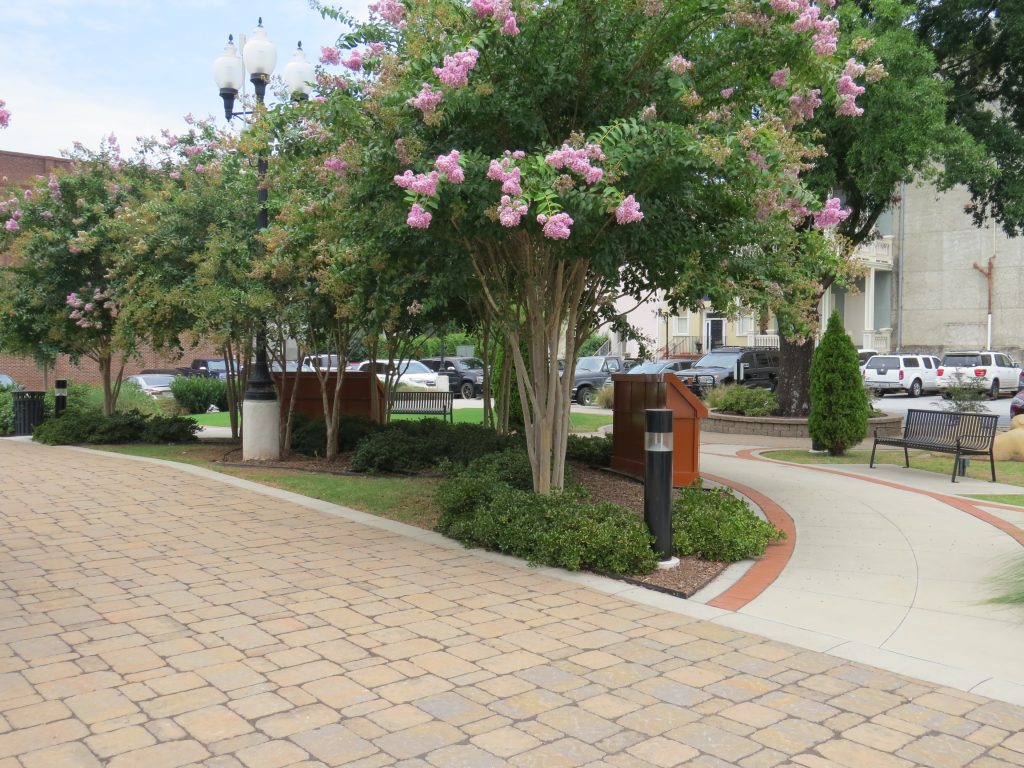 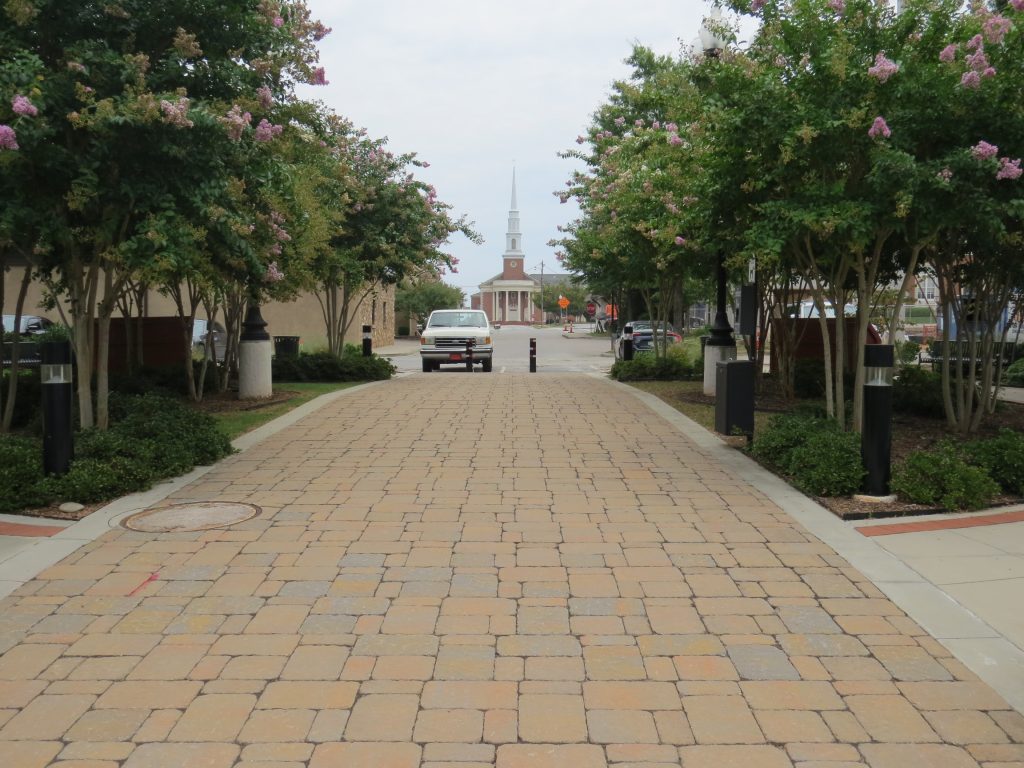 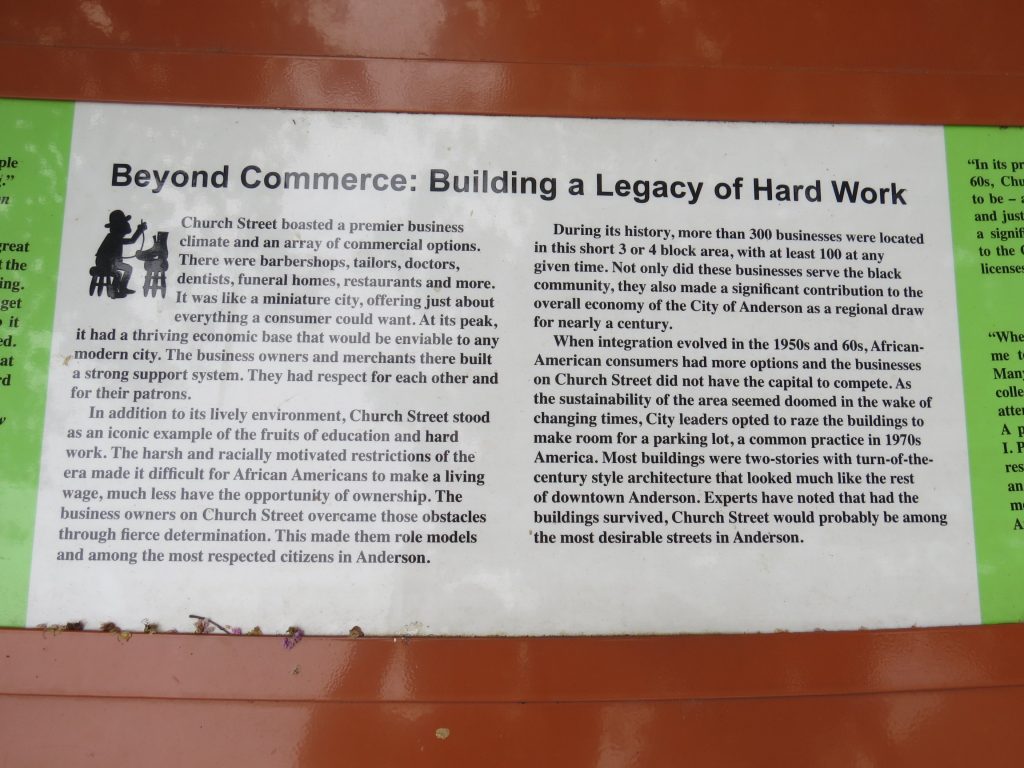 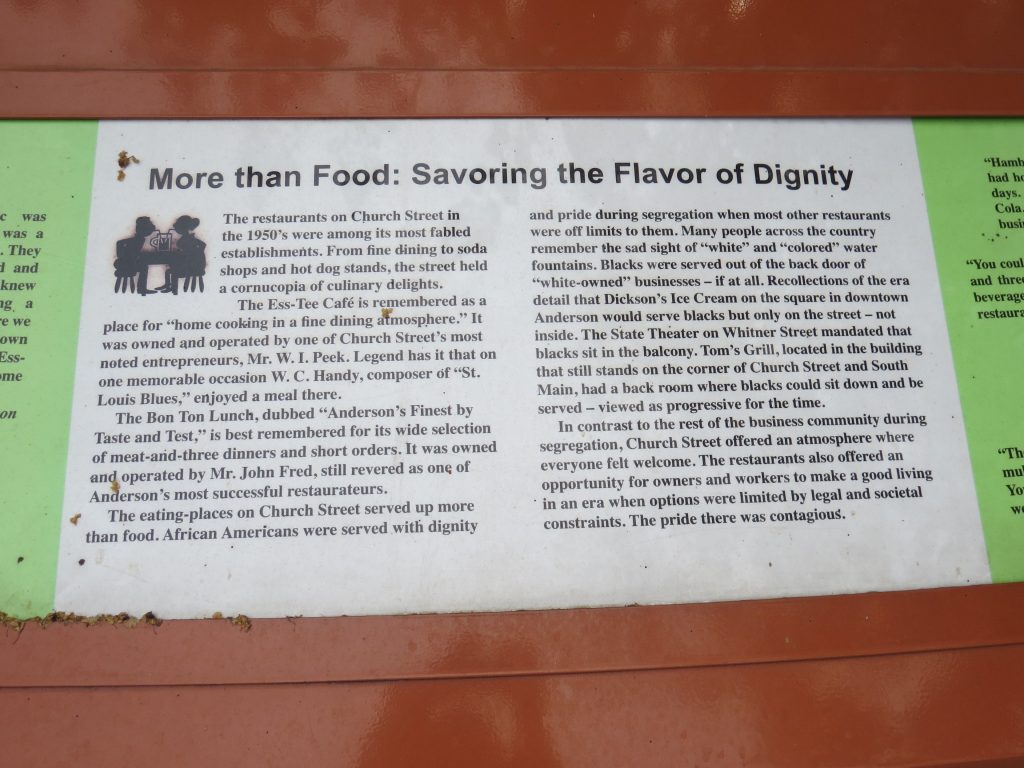 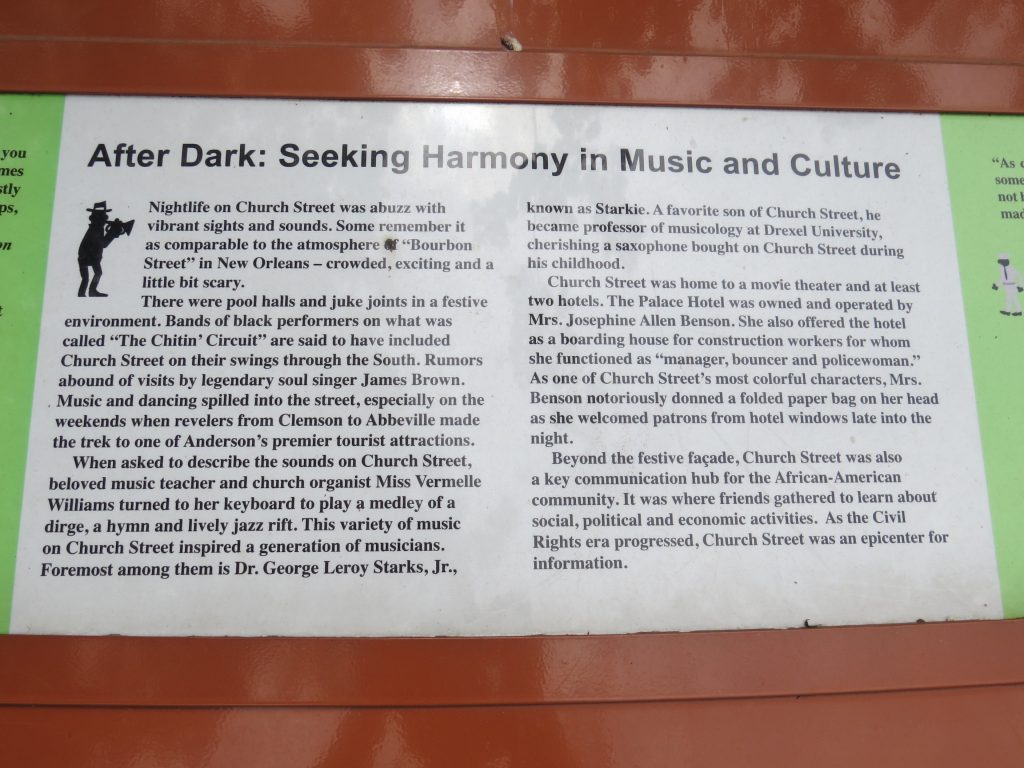 Records at the Anderson County Museum show that black-owned businesses on Church Street numbered 35 in 1950. But the viability of Church Street businesses waned in the 1970s as integration gave African Americans access to more shopping and entertainment options. Businesses disappeared and buildings deteriorated. In 1980, the once burgeoning buildings on Church Street were torn down to make way for a parking lot.

“I don’t think that Andersonians or the powers that be at that time intentionally destroyed Church Street and the businesses and the buildings there,” Anderson Mayor Roberts says in Trading Church Street. “I just think that people in America, period, don’t understand that you can’t create history over again.”

For more information on the history of Church Street and the project that pays tribute to it, visit the Church Street Heritage Plaza website.