Ground was broken last week at BridgeWay Station, an 80-acre, mixed-use development along Interstate 385 next to Holland and Bridges Road in Mauldin.

“Our goal is to create a ‘sense of place’ that is fun for everyone,”  Developer Phil Hughes of Hughes Investments said in a press release. 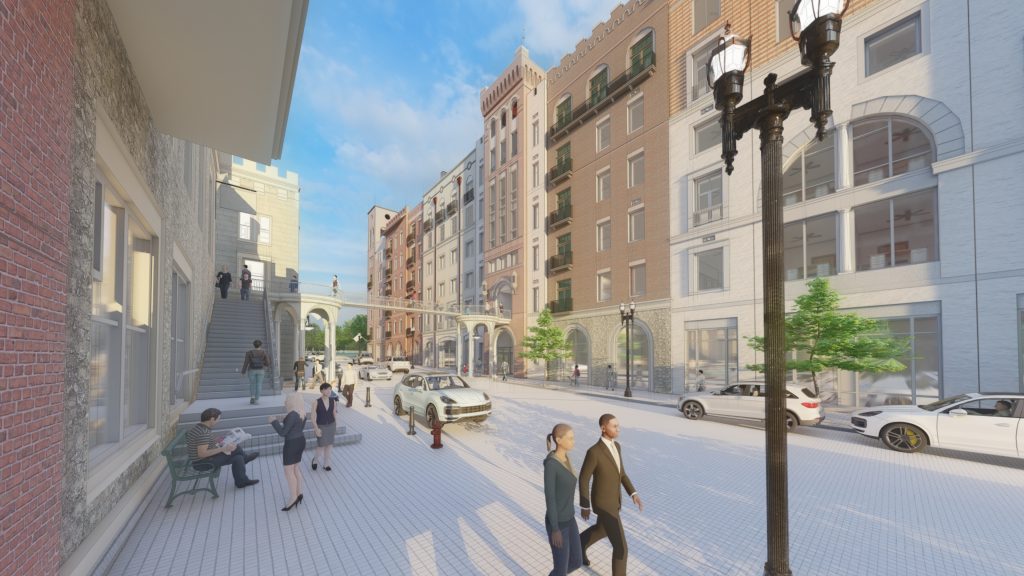 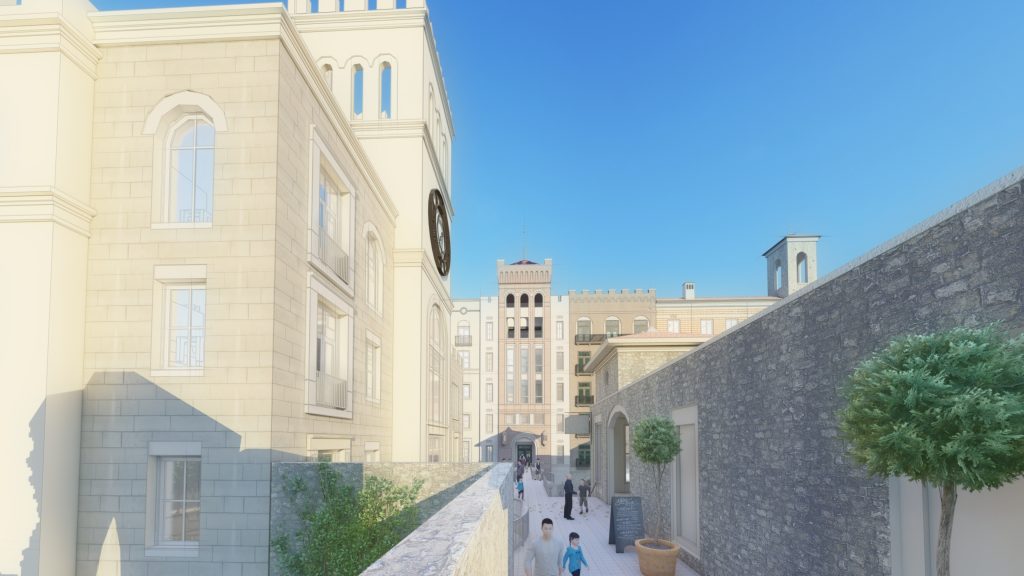 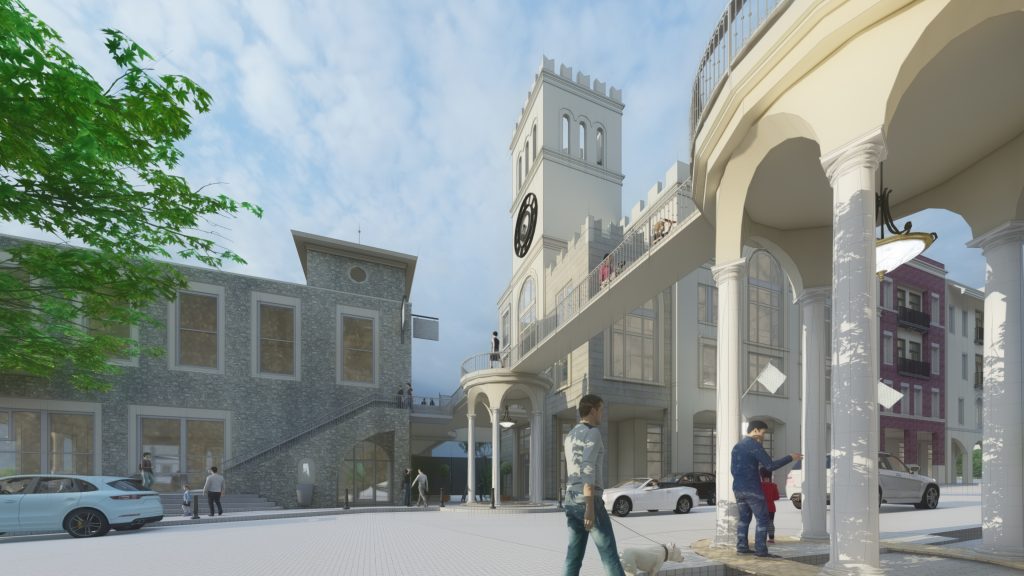 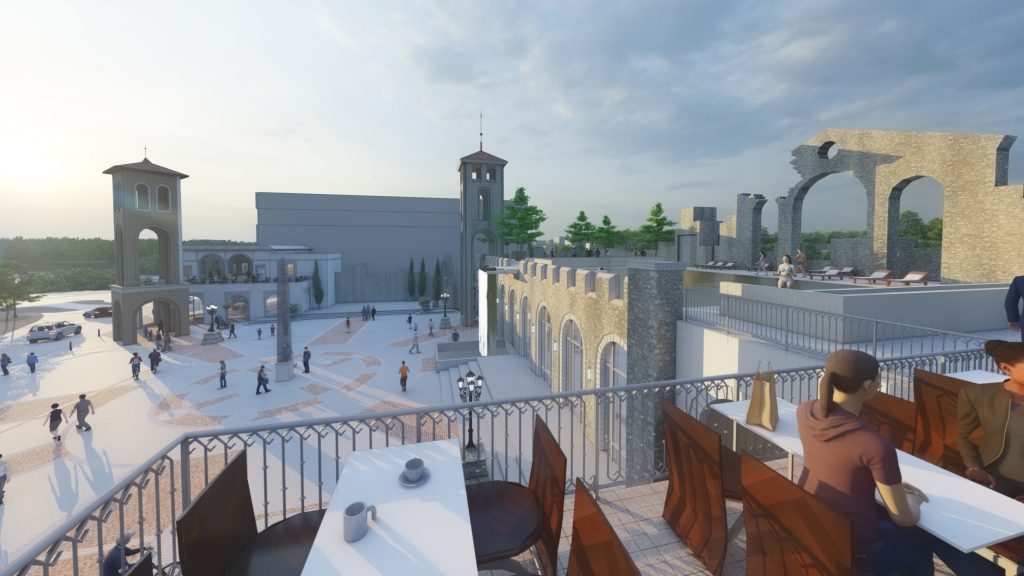 A multi-phase project, BridgeWay Station will include more than 500,000 square feet of surrounding condominiums and office space previously developed by Hughes Investments. The first phase of new development will feature:

A new pedestrian bridge will be built across I-385 to connect the Swamp Rabbit Trail to BridgeWay Station. Construction of a .25-mile section of trail that will connect existing walking paths along E. Butler Road to the pedestrian bridge is nearing completion, with Mauldin city officials considering additional trail routes to extend the trail to Simpsonville, Fountain Inn and beyond, according to Mauldin Mayor Terry Merritt. 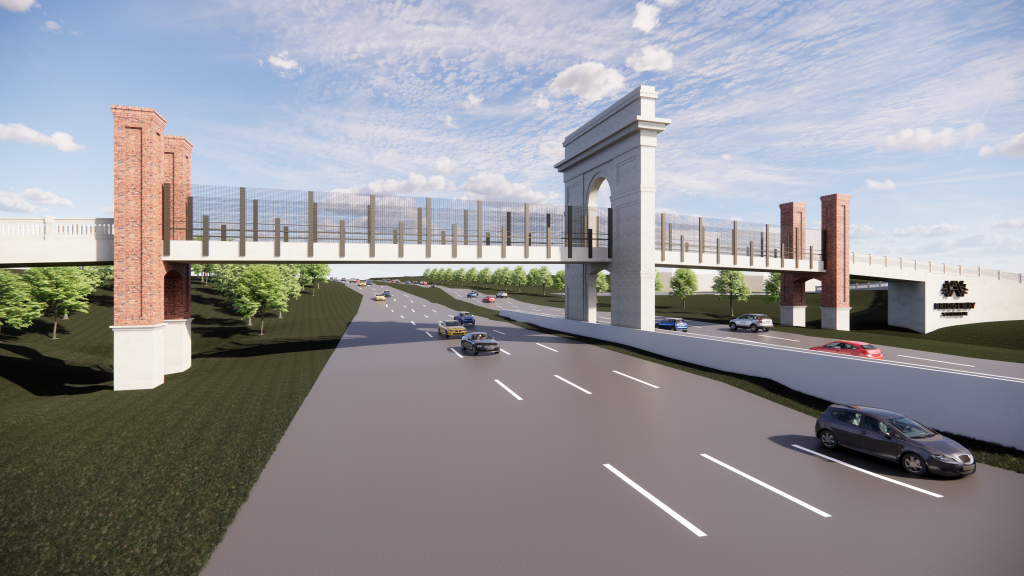 Rendering of pedestrian bridge to be built across I-385. Courtesy of Johnston Design Group.

Construction will begin immediately, and leasing is underway with several leases already signed, according to Hughes Investments. Phase one of BridgeWay Station is expected to be completed in late 2022.

BidgeWay Station is the second major development announced for the City of Mauldin this year. Construction of Mauldin City Center is set to begin in late summer or early fall of this year and is expected to open in the summer of 2022. 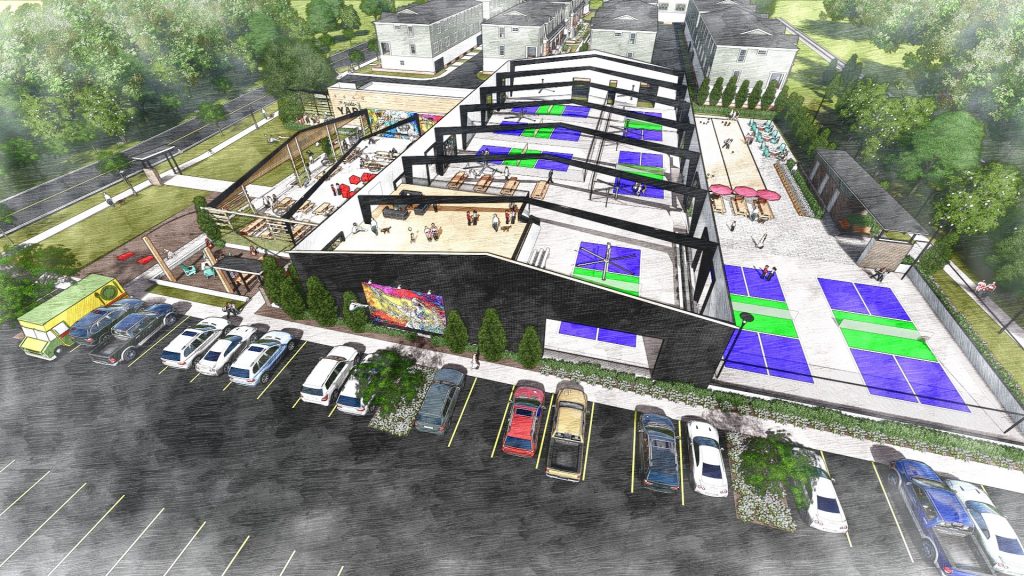 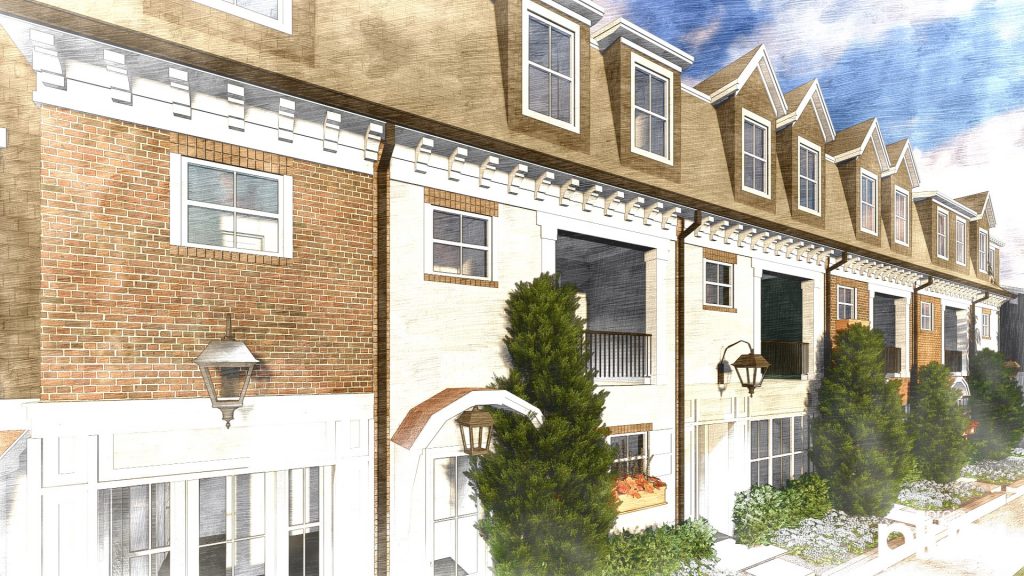 Built on city-owned property along the railroad tracks on Murray Drive between Jenkins Street and East Butler Road, City Center will include a 25,000-square-foot entertainment complex featuring a food hall with four to six food concepts, beer garden, indoor and outdoor pickleball courts, bocce ball courts, fire pits, an outdoor stage and ample green space. There will be year-round seating on a 5,000-square-foot covered patio, with a 100-space parking lot adjacent to the complex.