T-cell lymphoblastic lymphoma is a rare type of cancer most common in children and teenagers. Three-year-old Lettie June Burgess of Boiling Springs was recently diagnosed with the disease and her family is asking for prayers and support while she battles the illness at Prisma Health Children’s Hospital in Greenville.

“This all started on April 8 when Lettie June went to the doctor with a fever,” said Troy Gantt, Lettie June’s uncle. “She battled the fever for a few days then went back to the doctor because she was having trouble breathing. X-rays showed the mass in her lung.”

Since then, Lettie June has been in ICU at Children’s Hospital and has started chemotherapy treatments, Gantt said. Because of COVID-19 restrictions, only one person can be with her so her parents, Van and Ginger, switch off every 24 hours.

“One of them stays with Lettie and the other is home with the other children,” said Gantt, who is Ginger’s brother. Lettie’s siblings include Ollie, who celebrated his 10th birthday on May 7; Paislie, 7; and Kullie, 18 months.

Members of the Boiling Springs community are holding Facebook and Go Fund Me campaigns, selling t-shirts and bracelets, and sending a lot of prayers, Gantt said.

“There has been an amazing outpouring from the local community. People are trying to do anything and everything possible to help the family and surround Lettie with love.” 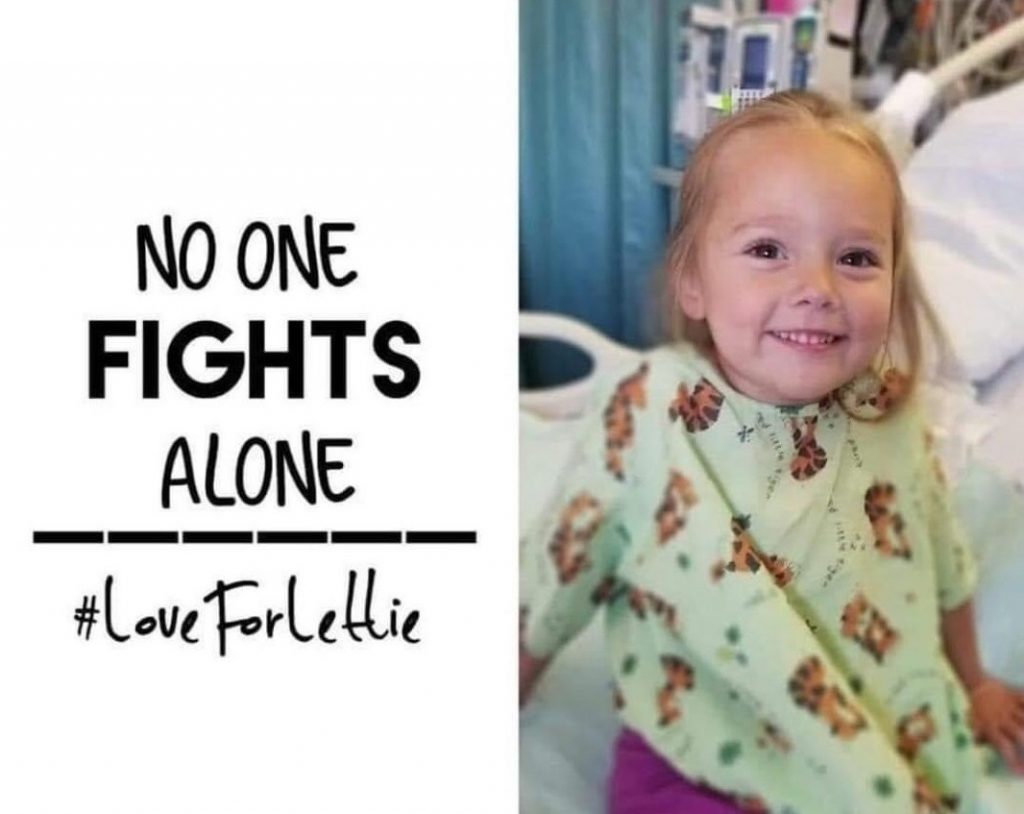 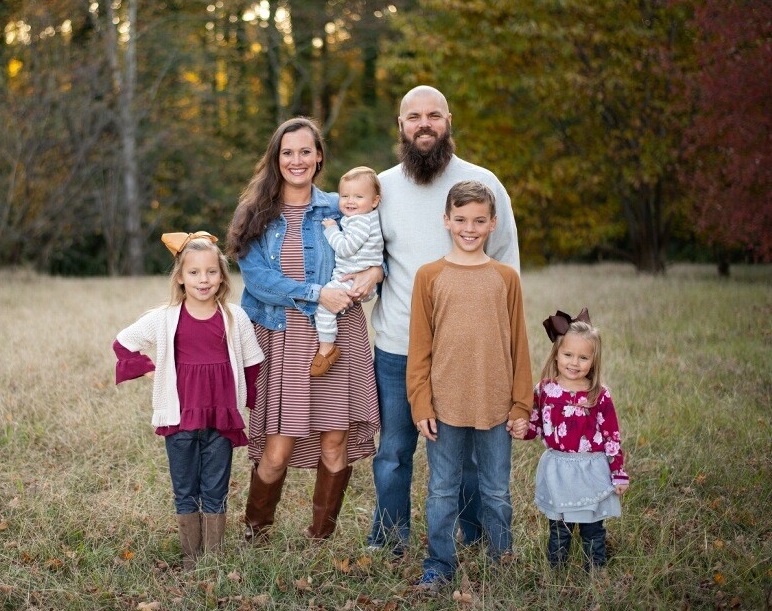 The Burgess Family of Boiling Springs

An image on Facebook shows a smiling Lettie with a caption that reads: “No one fights alone. #LoveForLettie” Other photos reveal a spunky, energetic child who is full of joy.

“She’s extremely funny, too, and I take credit for that,” Gantt says. “The spunkiness she gets from her parents. They’re a very close-knit family and they just love life.”

As of now, Lettie has been taken off her breathing tube with hopes of her being transferred to the cancer floor within a week, Gantt said.

“The doctors have told us how rare it is to have this type of lymphoma,” Gantt said. “We’re trying to get Lettie’s story out there and raise awareness.”