The Boiling Springs community in Spartanburg County continues to support one of its youngest members who is battling an uncommon form of cancer.

In April of this year, Lettie June Burgess, 3, was diagnosed with T-cell lymphoblastic lymphoma, a rare type of cancer primarily affecting children and teenagers. Since then, Lettie June has been undergoing treatments at PRISMA Health’s Children’s Hospital in Greenville while neighbors and friends have been raising money to assist with her care.

Since April, members of the Boiling Springs community have held Facebook and Go Fund Me campaigns, and sold t-shirts and bracelets. On Saturday, September 26, the community is staging a flash mob for Lettie June at 10 a.m. at Boiling Springs Middle School, 4801 SC-9 in Inman.

Participants are asked to make a $5 donation, with 100 percent of the proceeds going to the Burgess family. Flash mobbers also are asked to wear yellow, a mask and to bring a sign of encouragement for Lettie June. 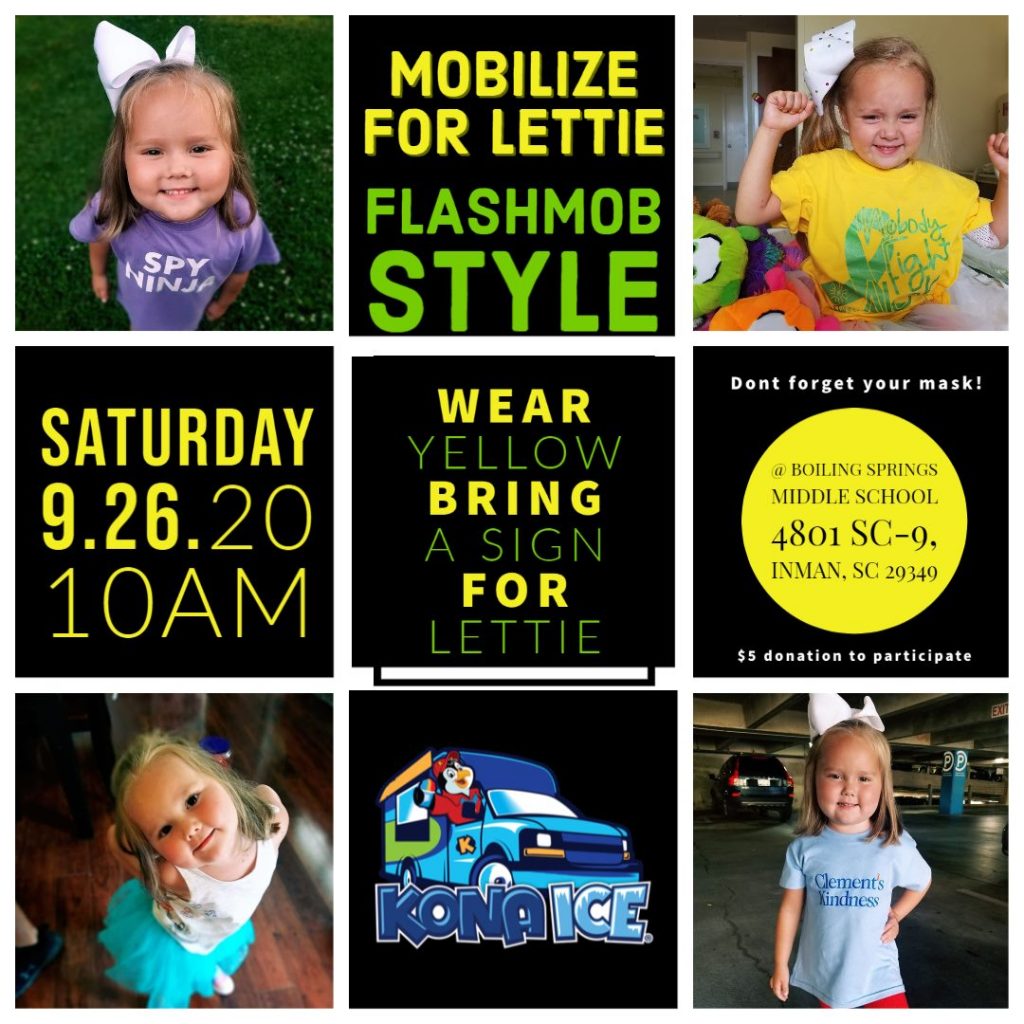 “If you have kids on a sports team, this would be a great teamwork activity for them,” the page says. “Come on out.”

Livin’ Upstate posted a story on Lettie June’s diagnosis in early May, speaking with her uncle, Troy Gantt.

“The doctors have told us how rare it is to have this type of lymphoma,” Gantt told Livin’ Upstate. “We’re trying to get Lettie’s story out there and raise awareness.”