Become a Grollower with new app developed in the Upstate

Are you tired of the same old social media? Isn’t it time to adopt something closer to how we interact as a society? Jeff Gentile of Greenville thinks so and he’s doing something about it.

A self-described sports nerd, Gentile got the idea for Grollow – his new Group Follow app – while watching the NFL draft and trying to follow a couple of draft analysts on social media.

“The entire time, as I’m trying to follow them and hear their conversations, all I kept hearing was the other noise from all the other fans who were asking them about my team and this team,” Gentile said. “All I wanted to know was who was going to be drafted next. I knew there had to be a group text going on, on the side, talking about the draft.” 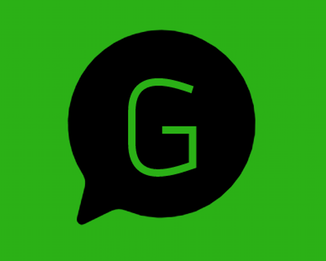 So Gentile, an avid Twitter user who follows many individuals on the platform, developed an app that allows users to follow groups.

Very simply, Grollow is Twitter for groups, allowing users to become flies-on-the-wall while listening in on their favorite peoples’ group chats. At the same time, users can interact with one another about the group.

“If the group is talking, then all the Grollowers – as we’re calling them – are following that group and talking to each other, but they never really interact directly with the group,” he explained.

Grollow allows you to simply listen to the group or talk with others who are following a particular group.

Still in Beta phase, Grollow can be downloaded from the Apple App Store or Google Play store for Android. Presently, Grollow has various groups with RSS feeds that can be followed. Groups are in categories such as news, politics, technology and more.

“We’re looking for that one catalyst group to come on board, bring their followers, bring all their audience with them,” Gentile said. “We have that launching pad where you can help be a part of the movement of it to change what it can be.”

Learn more about Grollow developer Jeff Gentile in this article from SC Manufacturing.