Reading over the summer vacation is important for students to retain the knowledge and skills they learned during the school year. Summer reading is a proven method for maintaining a student’s current grade level skills and for moving them forward to develop skills beyond the current grade level.

Here are my Top 7 picks for kids and teens who want to avoid the ‘summer slide’ and incorporate reading into their summer plans: 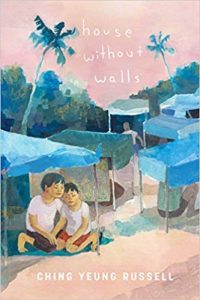 House Without Walls by Ching Yeung Russell, hardcover, $16.99. For most people, home is a place with four walls. It’s a place to eat, sleep, rest, and live. For a refugee, the concept of home is ever-changing, ever-moving, ever-wavering. And often, it doesn’t have any walls at all. Told by 11-year-old Lam, part of the Vietnamese Boat People Exodus in 1979, House Without Walls is written by Ching Yeung Russell who grew up in Guangdong, China and now resides in the Upstate. 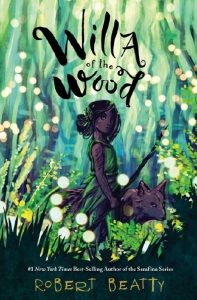 Willa of the Wood by Robert Beatty, paperback, $7.99. Fantasy tale set in 1900 in the Great Smoky Mountains by the Asheville author of the Serafina series. The story of an orphaned girl–gentle of heart but brimming with the ancient forest powers of her people–who must struggle to survive in a changing world. 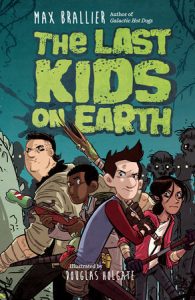 Last Kids on Earth series by Max Brallier, hardcover, 13.99 each. The author of this post-zombie-monster-apocalypse series is coming to the Five Forks Library in Simpsonville, SC for a free event on September 24 from 6:30 p.m. – 8:00 p.m. to celebrate the series launch on Netflix. 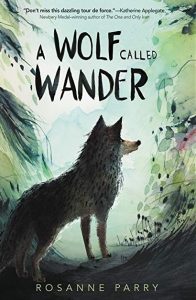 A Wolf Called Wander by Rosanne Parry, hardcover, $16.99. This gripping novel about survival and family is based on the real story of one wolf’s incredible journey of more than 1,000 miles to find a safe place to call home. 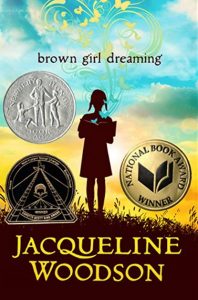 Brown Girl Dreaming by Jacqueline Woodson, paperback, $10.99. Raised in South Carolina and New York, Woodson always felt halfway home in each place. In vivid poems, she shares what it was like to grow up as an African American in the 1960s and 1970s, living with the remnants of Jim Crow and her growing awareness of the Civil Rights movement. The author of this Newbery Honor and National Book Award winning title will be speaking at a free event at First Baptist Church in Greenville, SC in October. 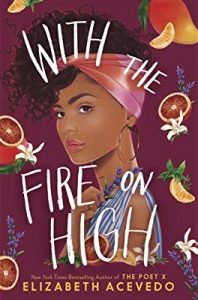 With the Fire on High by Elizabeth Acevedo, hardcover, $17.99. Signed copies available. Inspiring story of overcoming challenges to achieve your goals by the National Book Award winning author of Poet X. 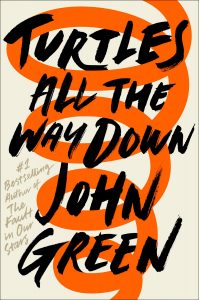 Turtles All the Way Down by John Green, paperback, $14.99. A novel about lifelong friendship, the intimacy of an unexpected reunion, Star Wars fan fiction, tuatara and learning to cope when the world feels out of control.