Editor’s note: Healthcare challenges can be frightening and overwhelming. Interim HealthCare is dedicated to exceptional in-home care that encompasses not just the physical needs of the patient, but emotional and spiritual support for the family. Livin’ Upstate wishes to thank Interim HealthCare and the Kelly family of Moore, SC for sharing their story.

It’s said that attitude is everything. For 15-year-old Conner Kelly of Moore, who lost his left arm in a farming accident last fall, an amazingly positive attitude has hastened healing for himself, his family, his community and his caregivers.

“It was September 28, and I was baling like any other day,” Conner explained. “The baler got messed up and I got up there to look at it and my foot slipped. I went to go grab for something and my arm got caught.”

Somehow, Conner had the presence of mind to use his other arm to find his phone and call his mother, who was in their home not far from the field where Conner was working.

“He’s calm. I mean he’s got his hand stuck in the baler and he calls me,” said Conner’s mother, Tonya. “I get down there and I’m still thinking maybe we’ll be able to get his arm out because he’s so calm. I said, ‘Do I need to call 911 and he said yes. It was stuck in there for 45 minutes and this whole time, he’s calm.”

Three fire departments responded that day, along with concerned neighbors and nearby farmers with critical knowledge of the baling equipment Conner was using.

An EMT applied a tourniquet while other first responders worked for nearly an hour to free Conner from the machinery. Regional One Air Medical was summoned to take the Byrnes High School sophomore on a six-minute flight to Spartanburg Regional Medical Center.

A 13-day hospital stay included three surgeries. A fourth was performed later to close the wound.

Conner returned home on a Wednesday evening at 9 p.m. The next day, Interim HealthCare nurse Jessica Sullivan became a mainstay in the Kelly home, stopping by three times per week to take vitals, draw blood and change the dressing on Conner’s wound.

As the liaison between the Kelly family and Conner’s team of physicians, Sullivan helped transition the family from acute care to a home healthcare setting.

“When I went into the home, the main thing I did was to provide education and made sure that the family was comfortable and confident – especially with the wounds – to make sure everything healed appropriately with no infections or setbacks,” Sullivan said.

While drain tubes, medications and wound care all were part of the healing process, so were the psycho-social elements.

“Oftentimes, it isn’t just the patient, it’s the whole family,” Sullivan said. “Conner is one of my youngest patients in my entire nursing career – I’ve been nursing now for 10 years. Going into that is different because, as a mom, to see your child in such a state or condition and to watch them from this place of trauma to healing is a tough process.”

An avid hunter and fisherman, Conner is a member of the Byrnes High School fishing team and last year joined the lacrosse team. He also has started driving.

“He started playing lacrosse (last year) and the coach wants him to come back and play lacrosse, so that’s going to be a challenge for us, but he can do anything he sets his mind to,” Mrs. Kelly said. 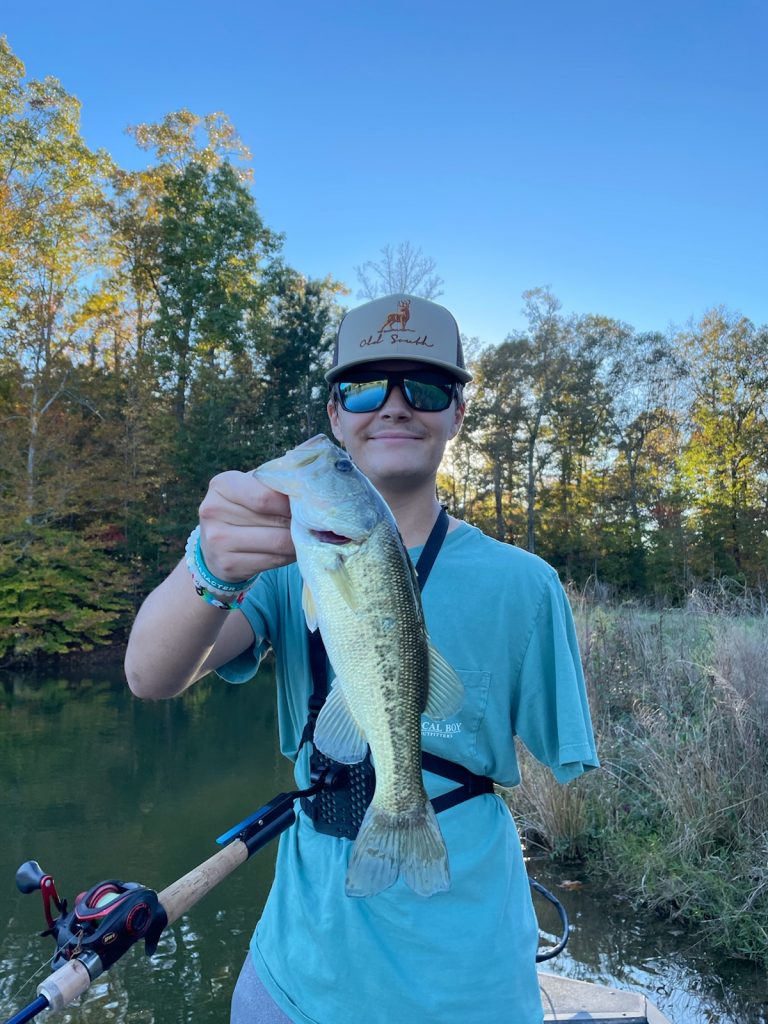 Conner is an avid hunter and fisherman. 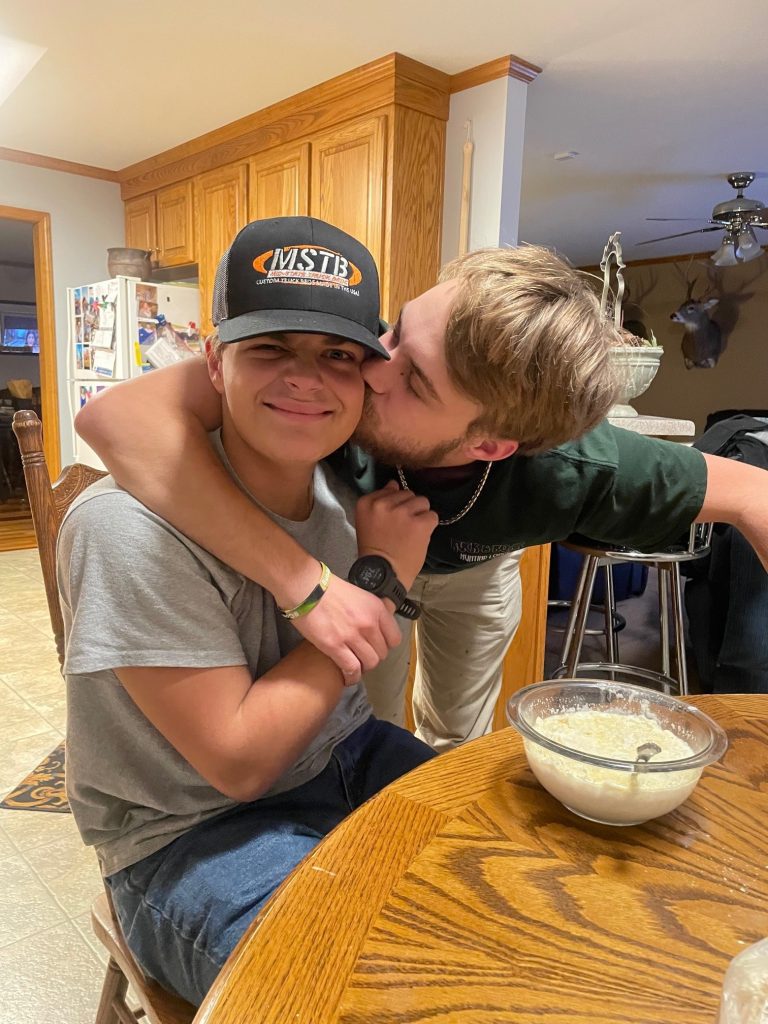 Conner Kelly and his brother, Hunter.

Sullivan believes that Conner’s positive outlook will allow him to continue to enjoy the things he’s come to love. His attitude also helps put those around him more at ease, she said.

“His attitude towards it all was just amazing,” Sullivan said, recalling a particular story to illustrate her point. “I went to draw some blood and he hadn’t been drinking much fluids, so we didn’t get anything the first go-round. And he said, ‘You want to try my good arm?’ I just looked at him and said, ‘you are so amazing. How can you have such a positive, enlightening attitude with all that you’ve just been through?’”

The next step in Conner’s journey is finding the right prosthetic for his situation and lifestyle, the family says.

In the meantime, life goes on as usual in the Kelly household.

“God has a plan for everybody, so don’t get down,” said Mrs. Kelly. “Look, it hasn’t stopped him from doing anything. He’s gone on with life, he’s hanging out with his friends, he’s driving with one hand, he’s still hunting and fishing, so don’t give up. You can do anything you want to.”

For more information on services offered by Interim HealthCare of the Upstate and Midlands or careers with the company, call (800) 439-4590 or visit interimcares.com.