When Aaron Arnett and Tripp Muldrow opened their business on May 1, 2002, they had to really sell the idea of downtown revitalization.

Today, after working with 550 communities in 40 states and five countries, the team at Arnett Muldrow & Associates says that most cities and towns – especially in the Upstate – understand that doing nothing is not an option.

“Downtowns are what make you different,” says Muldrow, who began his career as a planner in the City of Greenville’s economic development department. “It’s everyone’s neighborhood – the one gathering place in every community where people can be and feel. It’s great to see how the passion of a community grows as it begins to cultivate its downtown environment.”

A creative planning firm specializing in community economic development for small- to medium-sized cities and towns, Arnett Muldrow & Associates is the company behind the branding, historic preservation and revitalization master plans of several downtowns across the Upstate. Fifty-two projects in 26 Upstate communities to be exact.

The firm has worked most frequently with Travelers Rest, starting with an economic development plan in 2003. Arnett Muldrow says of all their clients, Travelers Rest represents the biggest market transformation. 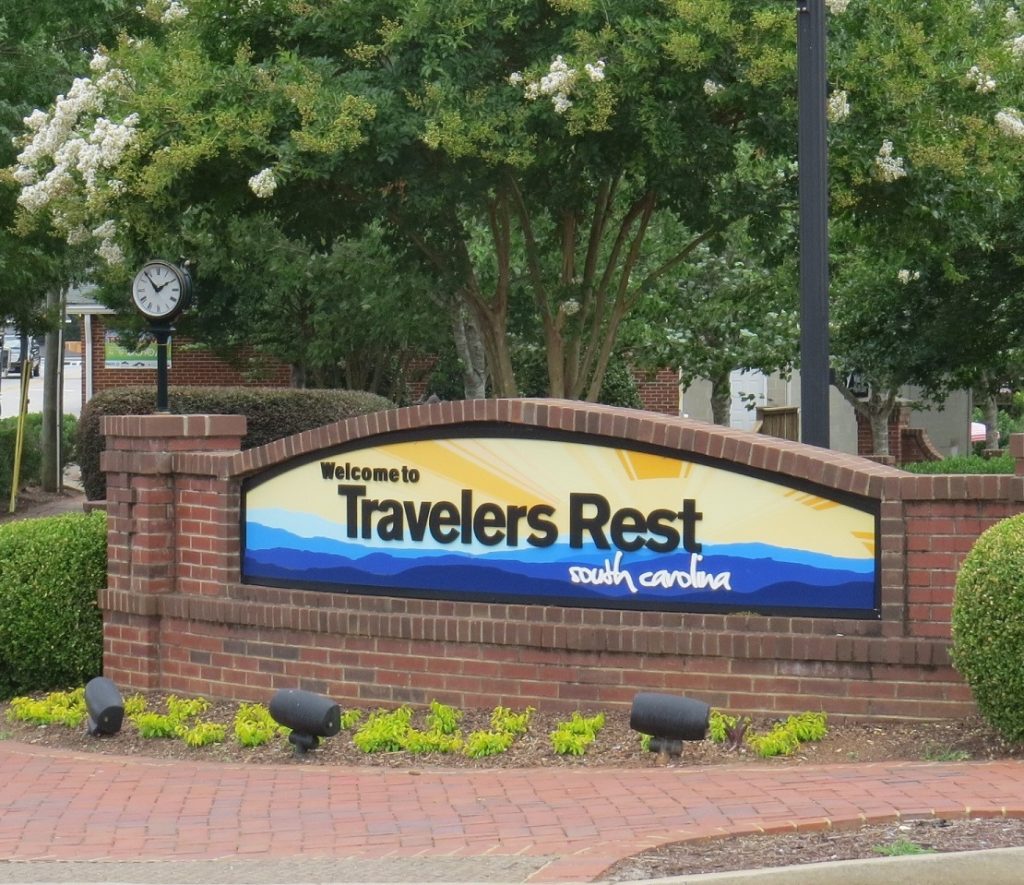 In the early 2000s, downtown Travelers Rest was a place that motorists drove through on a four-lane highway on the way to the mountains. The city’s old tagline, ‘On the way up,’ even conceded that the city wasn’t where it wanted to be, but it was on its way.

“We wanted to go in a different direction,” Muldrow said. “The market data showed that TR could capitalize as the base camp for all outdoor activity in Greenville County, with its proximity to parks and mountains and the strength of Sunrift Adventures, one of the local businesses.”

The master plan identified the opportunity for what is now the Swamp Rabbit Trail and the role Travelers Rest could play in its development. The plan also included a controversial recommendation to take the highway running through downtown from four lanes to two to slow traffic and create more of a downtown feel.

Since 2003, Arnett Muldrow has been involved in wayfinding projects and two market study updates for Travelers Rest. And the firm’s third principal, Ben Muldrow, created the community’s new logo and tagline, ‘Tr, Get in Your Element.’

“Travelers Rest has made a name for itself,” Arnett said. “When we go into communities around the Southeast, people know TR and it gives us instant credibility.”

The master planning process is the creation of a baseline vision that comes after a lot of watching and listening, says Arnett, who became a partner at Arnett Muldrow after a five-year stint as a senior planner for the City of Salisbury, NC.

“Our role is to honor the place where we are and to help the community realize its own vision.” 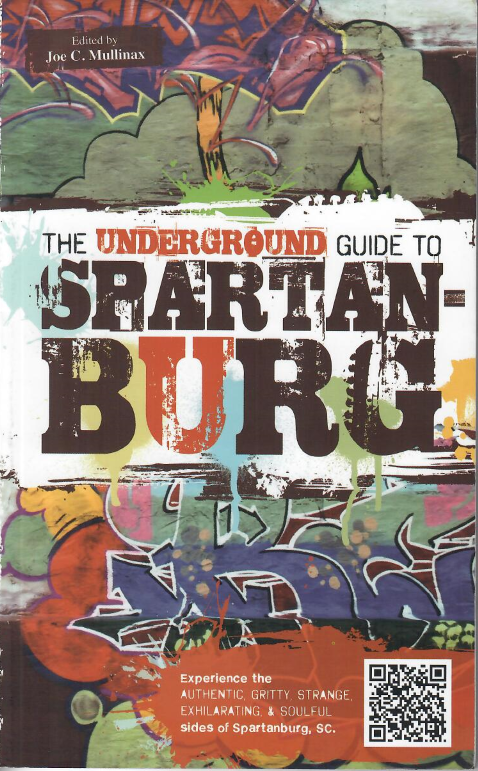 And while the expectation typically is to build the vision around an architectural element like a clock tower or a train station, oftentimes the unique nature of a community is a feeling, Muldrow says, pointing to Spartanburg as an example.

“Spartanburg has experienced an amazing transformation and has a really keen understanding of how the city positions in the Upstate,” Muldrow said. “It’s got a little more funk and edge to it.” So much edge, in fact, that the city’s 2012 Tourism Action Plan featured ‘The Underground Guide to Spartanburg’ in conjunction with the Hub City’s Writers project rather than a traditional tourism guide.

The City of Anderson, which Arnett believes is ‘the next big place,’ is using the arts to leverage downtown investment. That was the essence of the city’s Shock This Block downtown improvement plan completed by Arnett Muldrow last June.

In Easley, Arnett Muldrow has worked behind the scenes on Tax Increment Financing to fund downtown infrastructure that supports economic development. And in Greenwood, the firm’s 2004 Master Plan receives credit for being the catalyst for a dramatic downtown restoration that earned The Emerald City a designation by the American Planning Association as one of the Great Places in America.

“Greenwood is at the center of a multi-county rural area that includes McCormick, Abbeville and Laurens,” Muldrow said. “It’s become the center of activity for that region.” 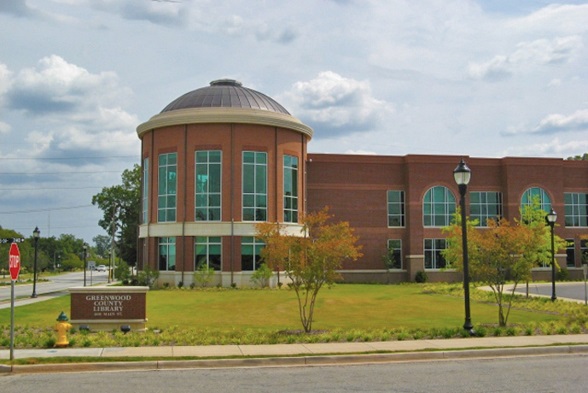 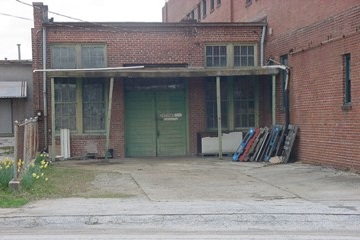 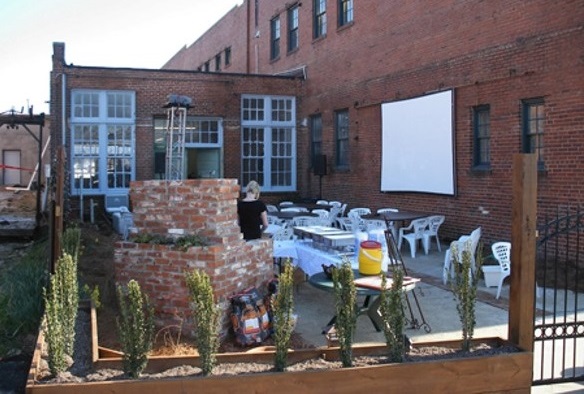 Upstate success stories like Greenville, Travelers Rest, Greenwood and Greer come from consistent and sustained leadership – elected officials and city administrators who understand the vision and have the staffs to implement it. But sometimes it takes a minute to get everyone on board, Muldrow says.

“Years ago, when we first began working with the City of Greer, a prominent politician told us that the best thing we could do for downtown Greer was to bulldoze it,” Muldrow recalled. “Can you imagine suggesting that in 2020? What an amazing downtown. Greer is the city that can and the city that will.” 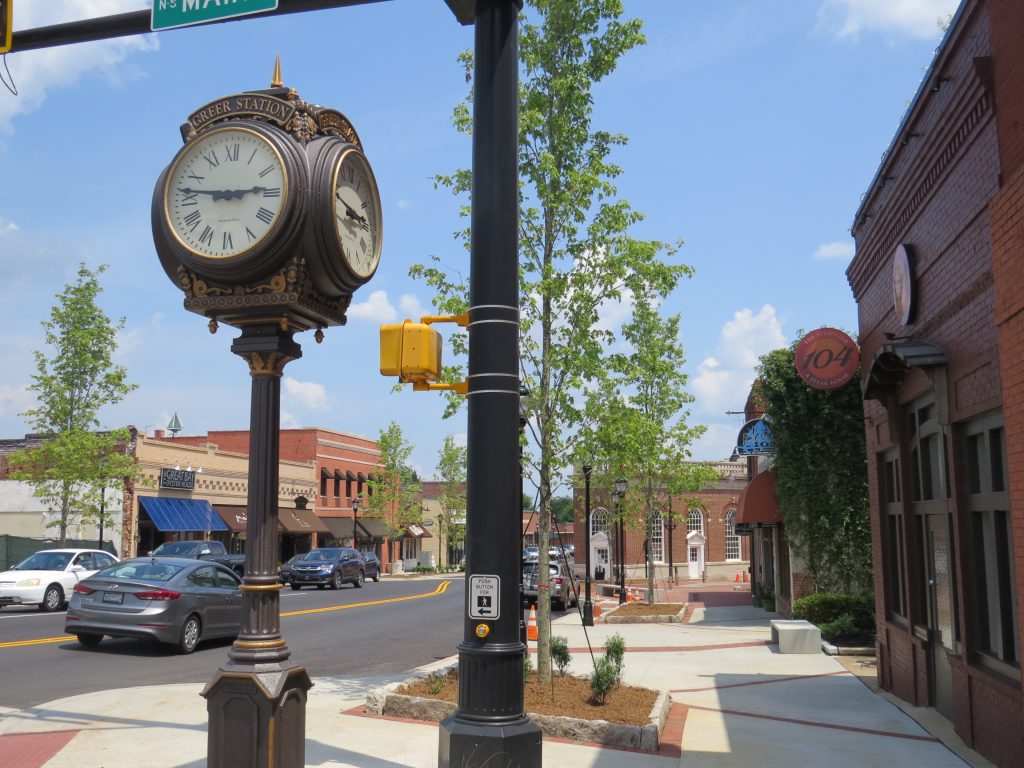 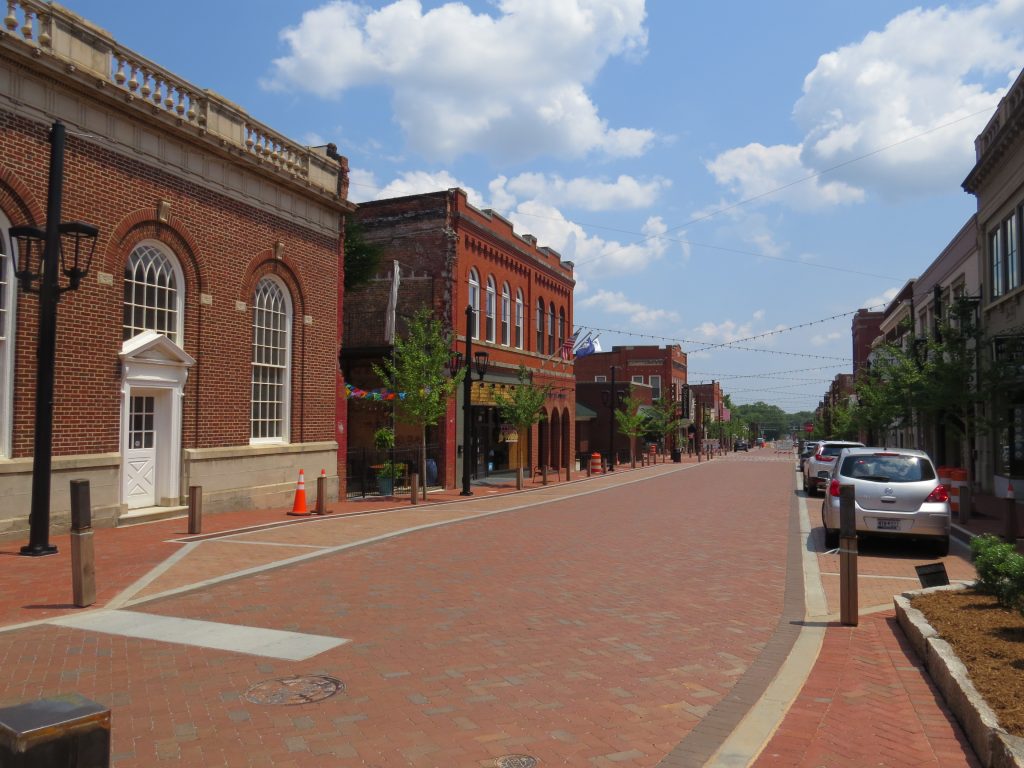 A leader in community branding

Successful revitalization programs also are enhanced by community branding, and Arnett Muldrow was one of the first firms in the country to integrate branding into the planning process. In addition to Travelers Rest, the firm

has created a recognizable look-and-feel for Mauldin, Simpsonville, Taylors, Easley and Pickens.

And while selling the idea of downtown revitalization is much easier these days, questions about timetables and costs are always the first asked.

“We tell communities that those things are infinite because you’ll never be done,” Muldrow said. “I like to quote Nancy Whitworth, my first boss at the City of Greenville, who says, ‘Greenville is the 30-year overnight success story.’”