The work of Upstate artist Joe Everson will be featured in a solo exhibition on Saturday, March 2, from 6 p.m. to 9 p.m. at Dan Lyles Gallery in downtown Greenville, SC.

Known as the Anthem Artist, Everson has had more than 220 million social media views of his performance singing the National Anthem while creating a live-action painting. He travels the nation performing for professional sporting and special events, and Fortune 500 companies. 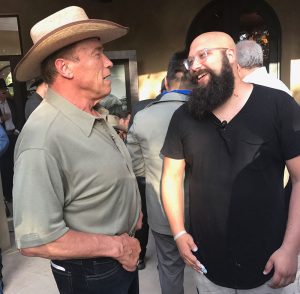 His works are in the corporate collections of Hard Rock Hotels & Casino, General Mills and the Orlando Magic. Everson has been featured on national television, on numerous local  television and radio stations and in many print publications around the country.

Everson is back in his hometown of Greenville at Dan Lyles Gallery for one day only to unveil his new collection.

Three large format paintings valued at $,2500 each will be given away at during the event. 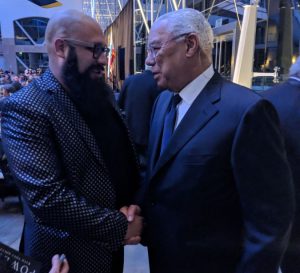