Leary entered her Cabbage Casserole in the quarterly recipe sweepstakes, sharing a unique dish that combines cabbage and cornflakes. Leary, along with other sweepstakes finalists, prepared their dishes in WSPA’s Studio B kitchen alongside Your Carolina’s Jamarcus Gaston and Ingles Chef Jasmin Queen.

“I call food my love language,” Leary said. “I consider myself a kitchen missionary because a lot of the food that I cook, I take to people who are in need or sick or are having problems in the family. But then I mostly cook for my family and that’s where my love is.”

Leary was one of four finalists in the recipe sharing sweepstakes. Other finalists were Ed and Ysante McDowell of Chesnee, Trina Miller of Chesnee and Traci McConnell of Hendersonville, NC.

The McDowell’s entered their Ed’s Signature Wings recipe, sharing the secret of their delicious wings – Ed’s All Purpose Seasoning and Rub, the low- to no-sodium flavor enhancers created by Ed McDowell.

“I love cooking and I wanted something different from your basic salt and pepper, and something that is good for your body, as well,” McDowell said. “I got in there and started messing around and Ed’s All Purpose was born.”

Trina Miller entered her grandmother’s recipe for authentic spaghetti and meatballs in the Carolina Eats competition, a family favorite among Miller’s five children and seven grandchildren.

“I used to fix this when the kids were smaller and living with us and this was a hit with them,” McConnell says. “Casseroles are always good under the $20 limit and they make a great one-dish meal.” 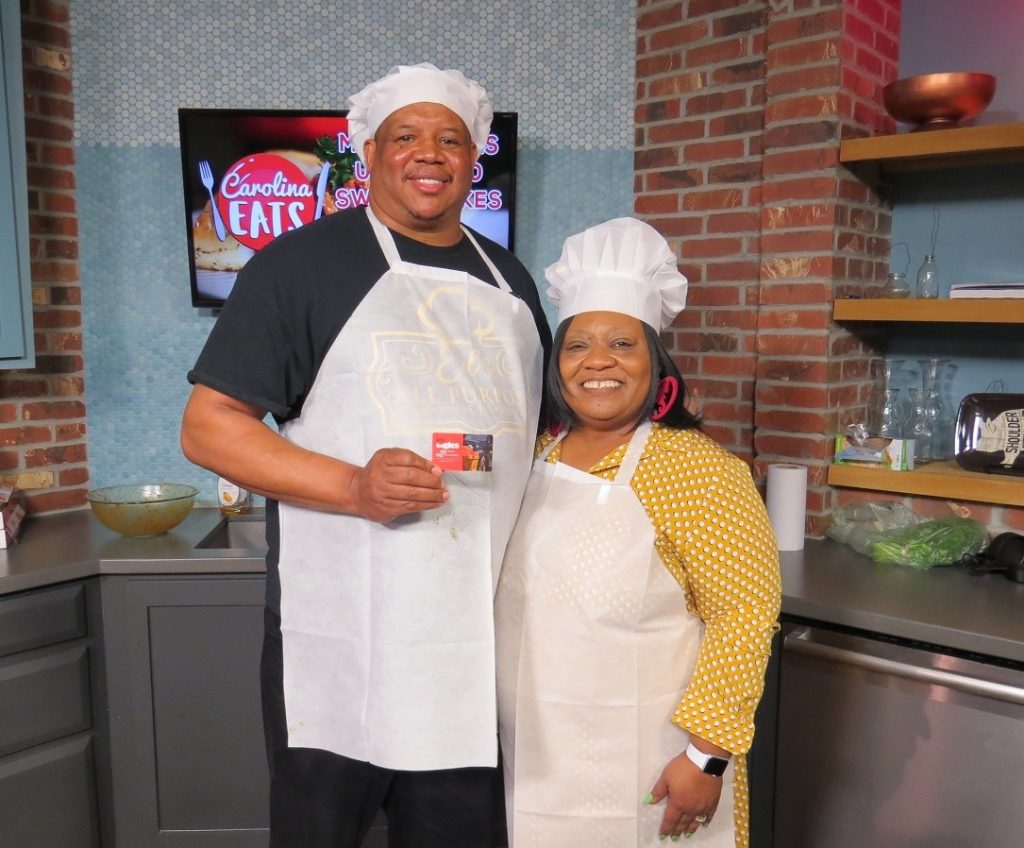 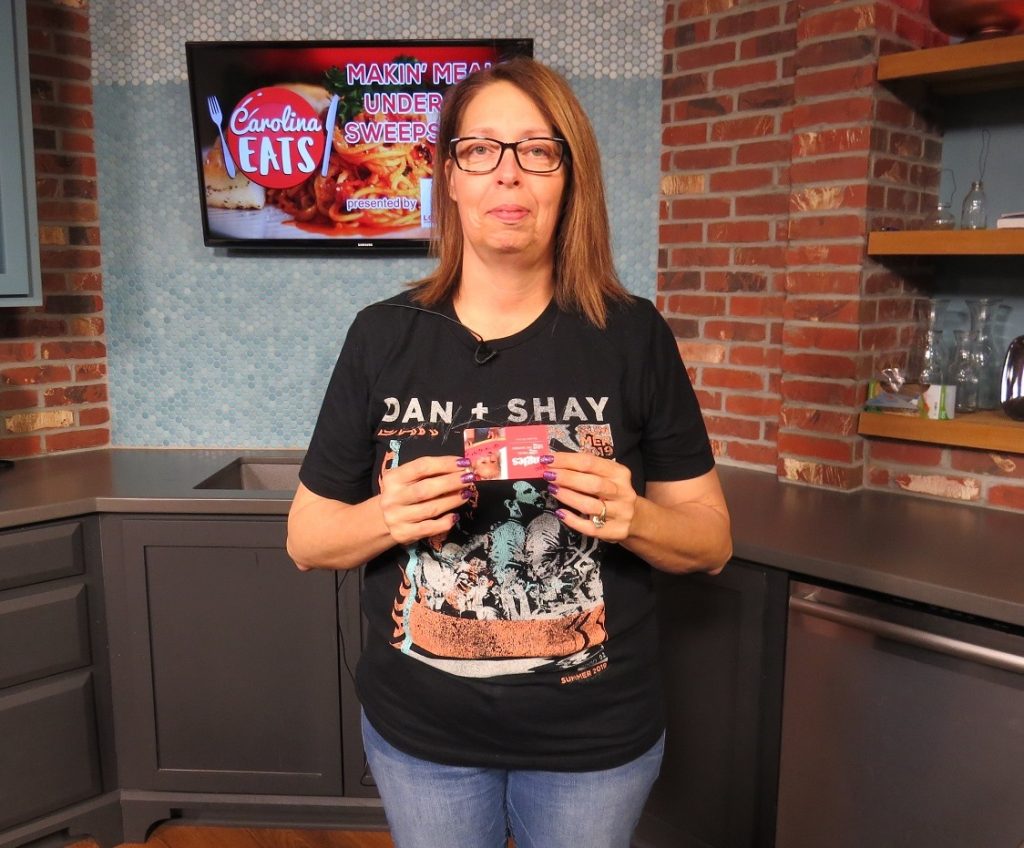 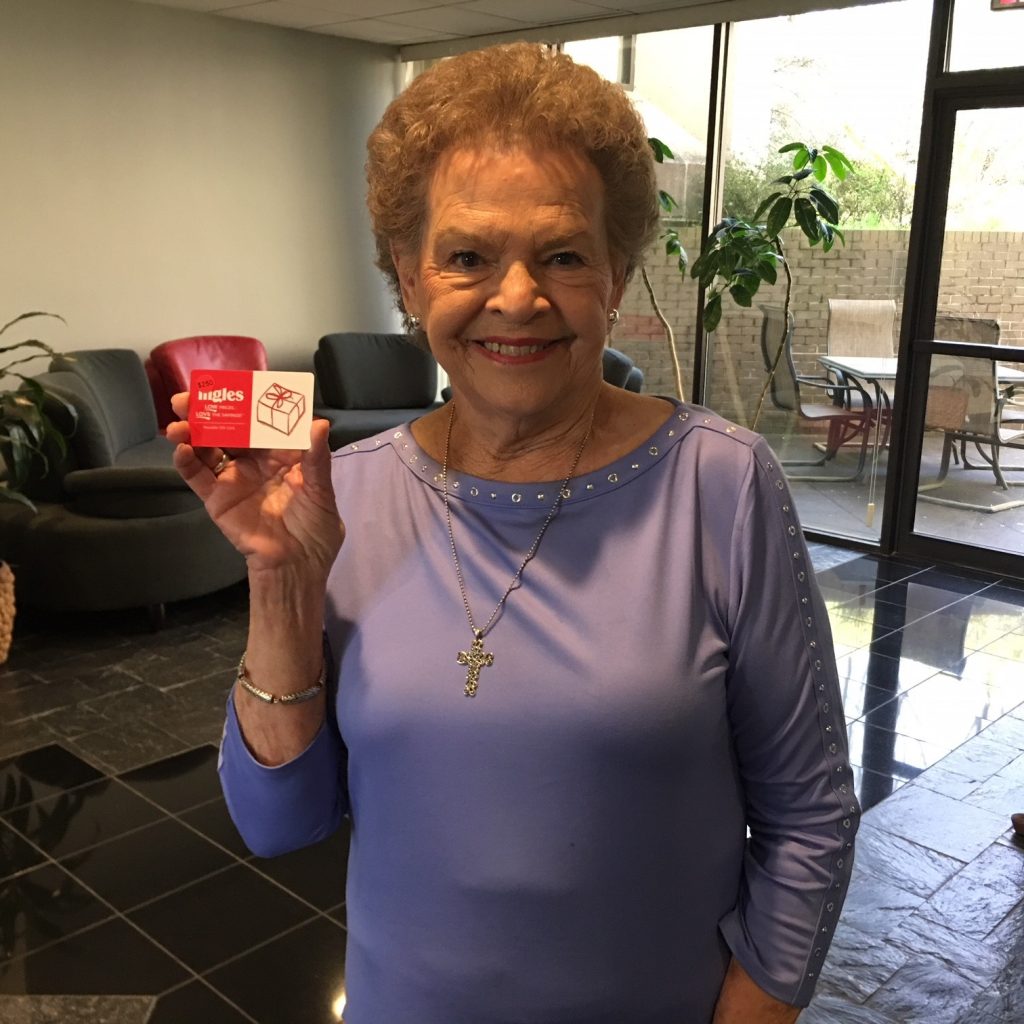 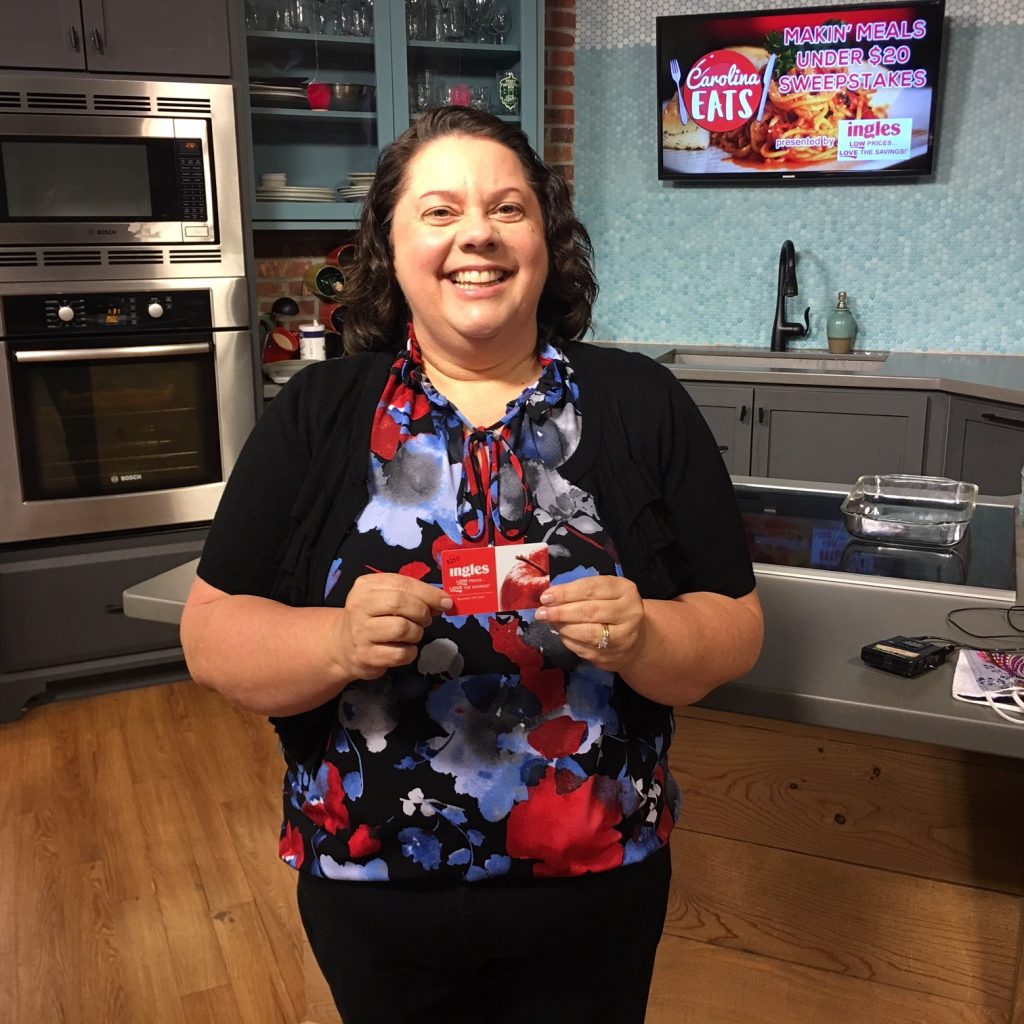 All finalists in the Carolina Eats Makin’ Meals Under $20 Recipe Sweepstakes received a $250 Ingles gift card and were entered into the drawing to win the microwave.

Watch our website for the next Carolina Eats Recipe Sweepstakes presented by Ingles, coming in May.