The idea is to bring gifts of comfort and joy to children in the Anderson community who otherwise would receive little or nothing on Christmas morning.

The MAGI project at Anderson University is celebrating its 25th year in 2020, and has become a campus-wide ministry touching the lives of almost 200 area children and their families, according to Jo Carol Mitchell-Rogers, Associate Dean of Anderson University’s SC School of the Arts.

MAGI began as a project of AU’s art education club. That year, the club raised money to give 10 Anderson area children a joyous holiday. Today, MAGI serves 180 children by raising money from donors across the Anderson University campus including offices, dorms and even the coffee shop which collects spare change all year long.

A project driven largely by AU’s School of the Arts, the grass roots service project spends about $150 per child buying socks, underwear, coats, warm clothing, and some fun things, too.

“The part (of the project) that’s important to us, is that it’s 100 percent anonymous,” Mitchell-Rogers said. “The gifts get back to the schools and the agencies we work with who, in turn, get them to parents so that they have the gift of being able to be Santa on Christmas morning.”

The idea for MAGI came from student teachers from Anderson University who knew of specific needs in their schools. Today, MAGI partners with a variety of schools and nonprofit agencies such as Helping Hands and Head Start in Anderson and A Child’s Haven in Greenville, Mitchell-Rogers said.

But like most things in 2020, MAGI looks a bit different this year.

“We have some limitations with fundraising and the school calendar,” Mitchell-Rogers said. “The vast majority of work with MAGI traditionally happens in the two-week period after Thanksgiving and through final exams. Since I’m not going to have my elves on the ground like I normally do, we’re concentrating in two areas – raising money to buy coats for children and acting as a liaison for people who want to sponsor children directly.” 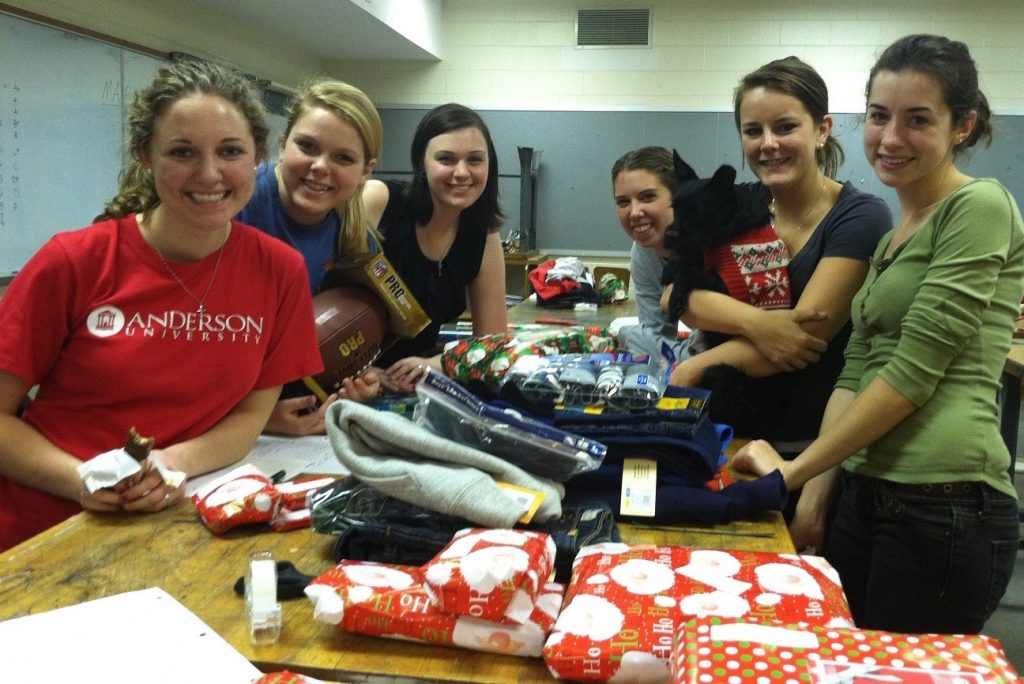 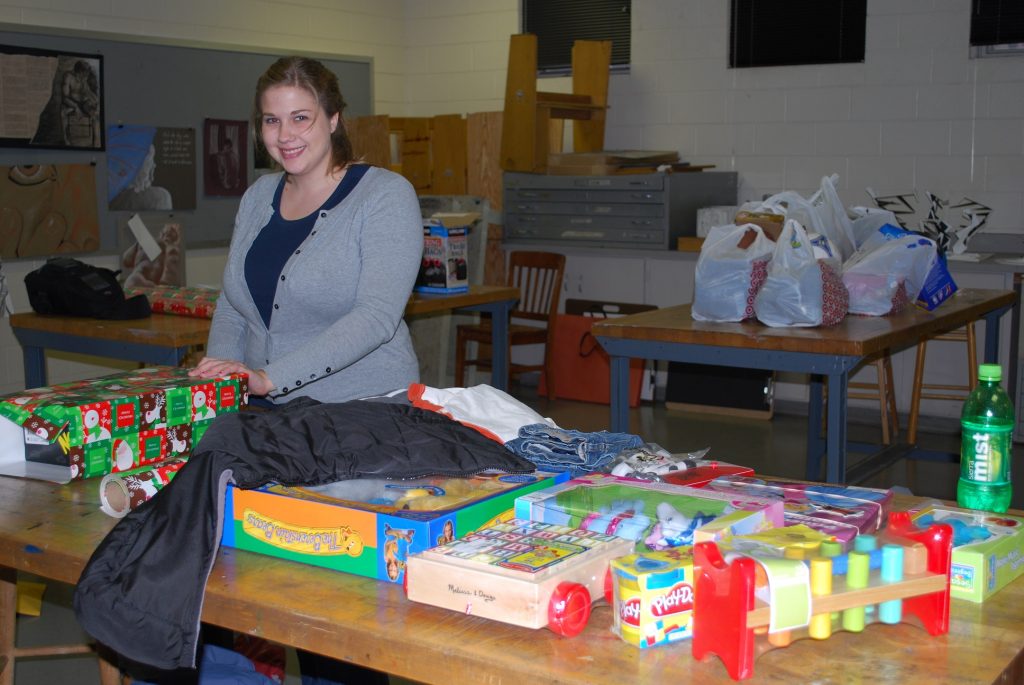 The elves that Mitchell-Rogers refers to are Anderson University students, mostly from the graphic design and music departments. Rebecca Miller, a 2020 AU graduate who now works at the college, said she became involved with MAGI through her love of Christmas music.

“Initially what attracted me was, we were making Christmas music,” Miller said. “There’s nothing I love more than Christmas hymns and holiday cheer. I think that music is a fantastic way that we all connect at Christmas. And as someone who comes from North Carolina, I wanted to give back to a community that has given so much to me.”

A commercial music major, Miller has worked for the past three years on coordinating, arranging and recording the MAGI Christmas album. 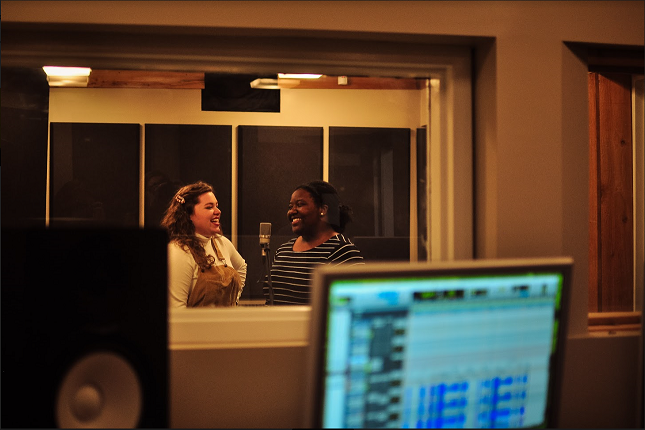 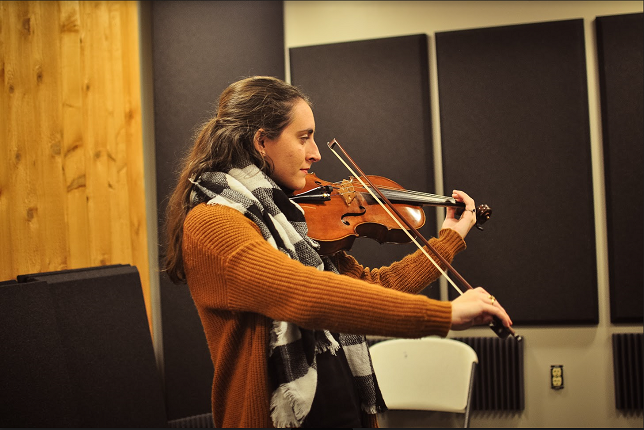 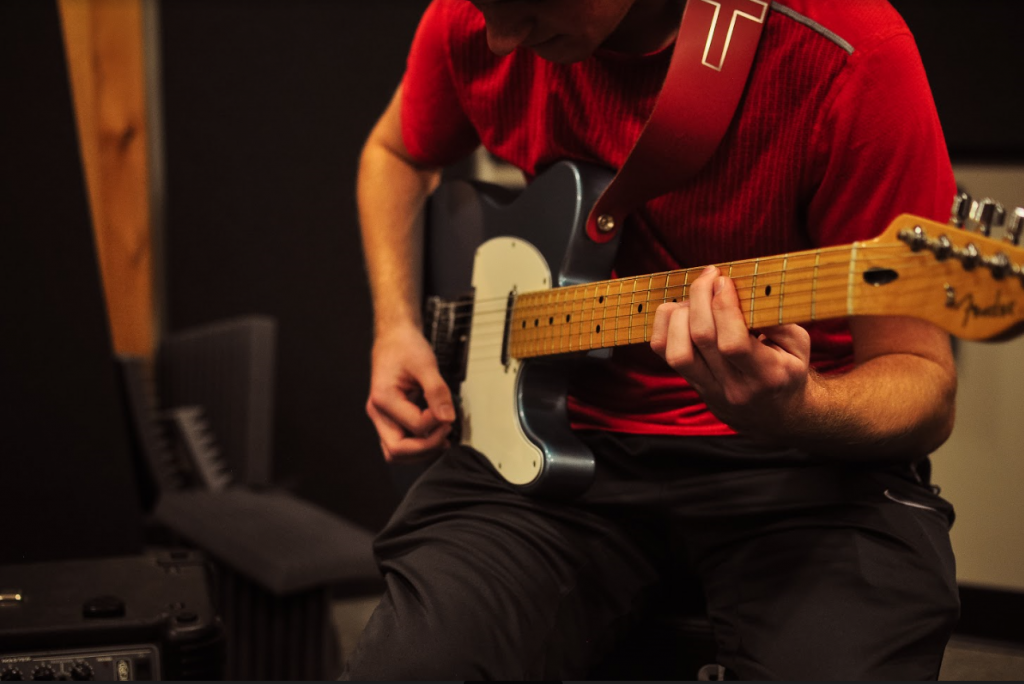 “MAGI is a cool way to apply all the things we’ve been learning through commercial music and worship leadership and even our music performance programs.” Miller said.

Art education major Holly Ferguson calls the MAGI project a highlight of her college experience. For the past two years, she has been a MAGI elf, shopping for gifts, then wrapping them.

Knowing that I’m giving children the opportunity to have such a successful Christmas, that’s really what sets the good feeling,” Ferguson said. “I’m from Belton and it’s such a delight to reach kids in my hometown. That is so profound.”

Donations to the Anderson University MAGI project are tax-deductible. Go to AUMAGI.org to help.

And if you’d like some Christmas cheer, download the MAGI 2019 Christmas album at iTunes or from Amazon Music.