Anderson Sings is down to the wire with only four head-to-head matchups left in Anderson County’s first-ever virtual sing off.

Presented by The Peoples Bank and sponsored by Anderson Mall and Foothills Property Management, Anderson Sings is a single elimination bracketed competition, with proceeds benefiting the United Way of Anderson County.

The sing off, which began with 32 singers and musicians, has been narrowed to eight. The winner of Anderson Sings will be the artist that receives the highest number of online votes and will receive a grand prize package that includes $1,000 cash, performances at Celebrate Anderson 2021 and on WSPA’s Your Carolina show, and the chance to record a track at the legendary Capricorn Studios in Macon, GA.

Over the next few days, we’ll introduce you to the final eight contestants, starting with Jessica Powell and Easton Gowan.

Powell, a singer-songwriter who released a new single a few months ago, said winning the competition would give her the funds to produce an extended play recording with five to six songs.

“I feel like artists, in general right now, have been suffering due to COVID and this has given us a sense of community to join together and raise money for a good cause,” Powell said. “I’m a songwriter, so to be able to record at one of the places where Lynyrd Skynyrd has recorded, at Capricorn, that would be a dream.”

Gowan, who describes his music as older style, agrees that Anderson Sings has been good for a music community that has been unable to get together because of COVID-19.

“We miss being around other musicians,” says Gowan, an Anderson University student majoring in worship leadership. “While it isn’t the same as being face-to-face with each other, it’s cool to be able to put out songs – covers or originals – and get people’s feedback.” 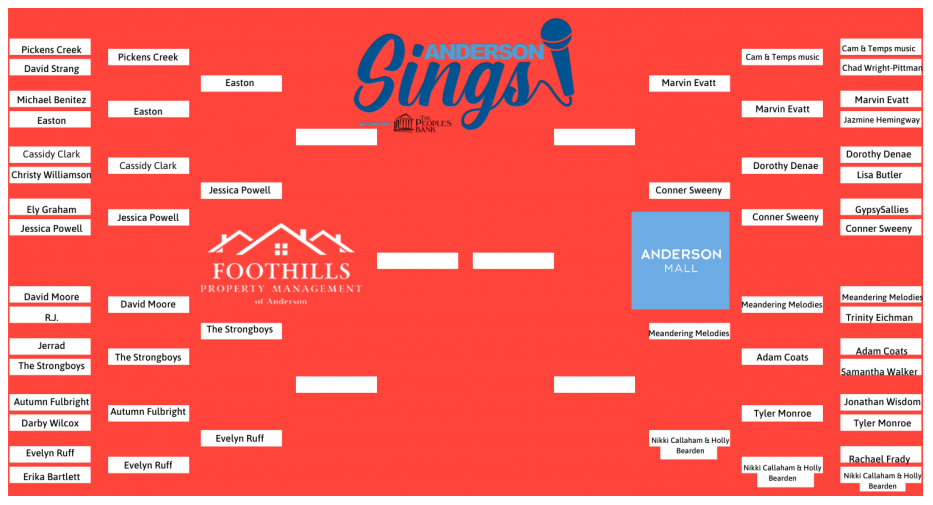