Officials in the City of Anderson are focused on the details of creating a downtown experience as a new hotel, apartment building, brewery and more prepare to open by the end of this year.

“We know that a healthy downtown makes for a healthy city,” said Assistant City Manager Andrew Strickland. “Studies have shown that if downtown is healthy, then your neighborhoods and commercial businesses out on the Bypass and Clemson Boulevard and Hwy. 81 are all going to be healthy, as well.”

In a recent presentation at The Brew, a weekly gathering of entrepreneurs and small business owners at the city’s economic development offices, Strickland outlined plans and timelines for several downtown projects. The first is the streetscape project at Market Street near the Home2Suites which is scheduled to open in June. Improvements include new trees, lighting and crosswalks, enhanced landscaping and expanded outdoor seating.

Amenities at the new 87-room hotel include street-level retail and restaurant space, business center, meeting rooms, fitness center and swimming pool. The city also is building a 320-space parking garage on McDuffie Street that will feature six EV charging stations and space for lease on the top level of the garage that will target a rooftop bar and grill. 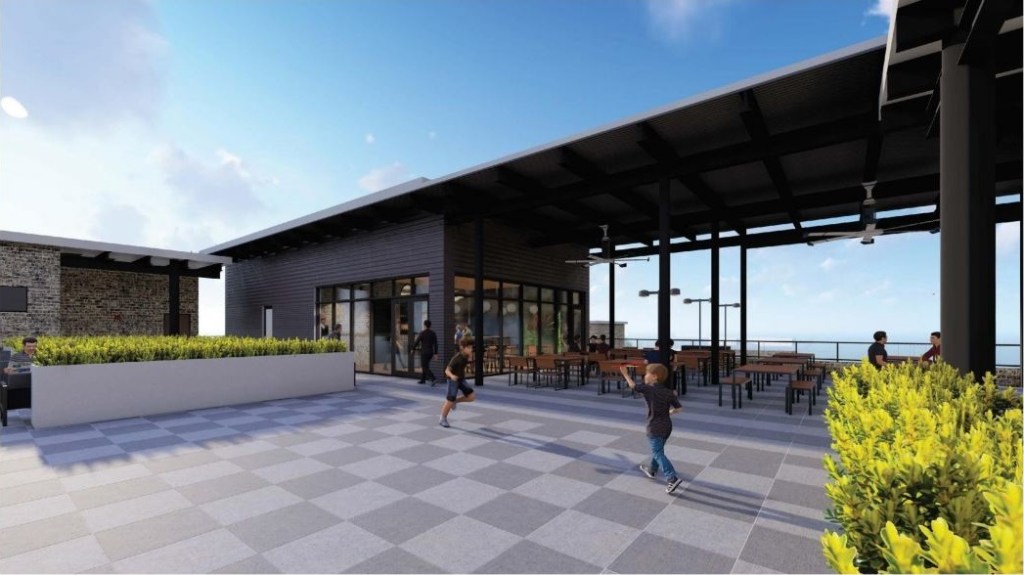 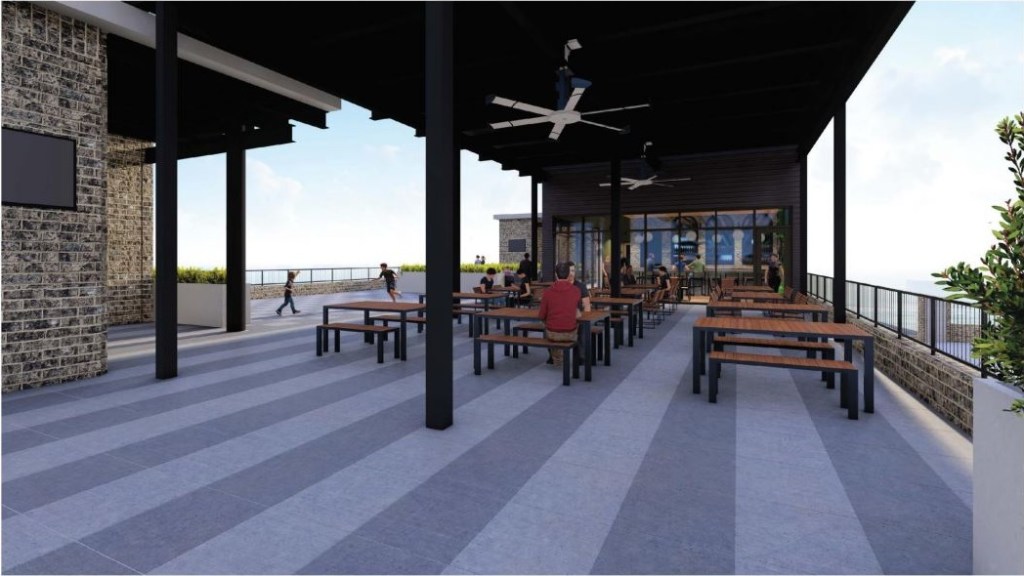 “In Anderson, we’re building on the successes of the past,” Strickland said. “None of this would have been possible if it wasn’t for The Bleckley and the investments that Steve Kay and his team made in downtown to make that hotel economy work in Anderson.”

Permanent accommodations also are underway in downtown Anderson at the Palmetto Building on South Murray Avenue where a Charleston development group is constructing a total of 31 one- and two-bedroom apartments for rent. Construction is expected to be complete by the end of 2021. 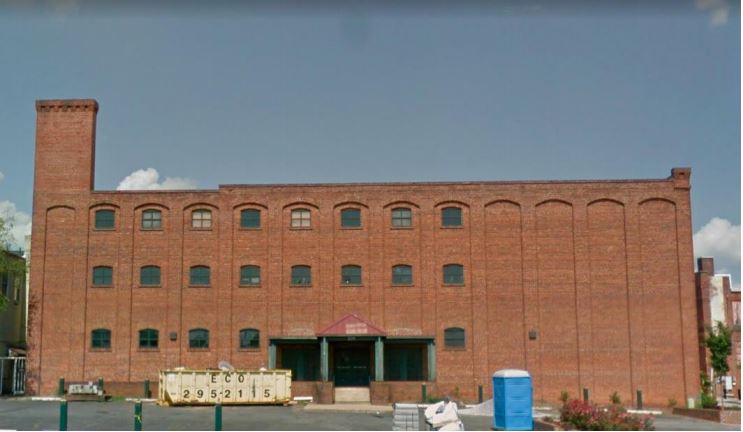 “The lifeblood of a downtown area is activity,” Strickland said. “Not just activity in the morning or evening or during the day, it’s 24/7. Once you see these apartments open up, you’ll see businesses open up that you haven’t seen in downtown that have to do with convenience items or a small grocery store – something that serves folks later than seven o’clock (in the evening.)”

A licensed commercial space that provides a pathway for entrepreneurs to start and grow their businesses is slated to open in downtown Anderson this fall. A 2,500-square-foot kitchen incubator will house two kitchens – one for general food production and one for baking – along with a packaging area, cold and dry rentable storage and retail space for product displays.

The kitchen incubator will be located at 110 N. Murray Avenue in street level space of the Whitner Street Parking Garage.

A new brewery, restaurant and retail space, residential units and a public plaza all are part of new planned development at North Main and East Calhoun Streets.

Magnetic South Brewery has announced plans to open in the old Bobby Johnson Grocery at 115 N. Main. An eatery is planned north of the brewery with retail and residential space planned to the south. A public plaza will be built on what is now a parking lot in front of The Bee Hive. 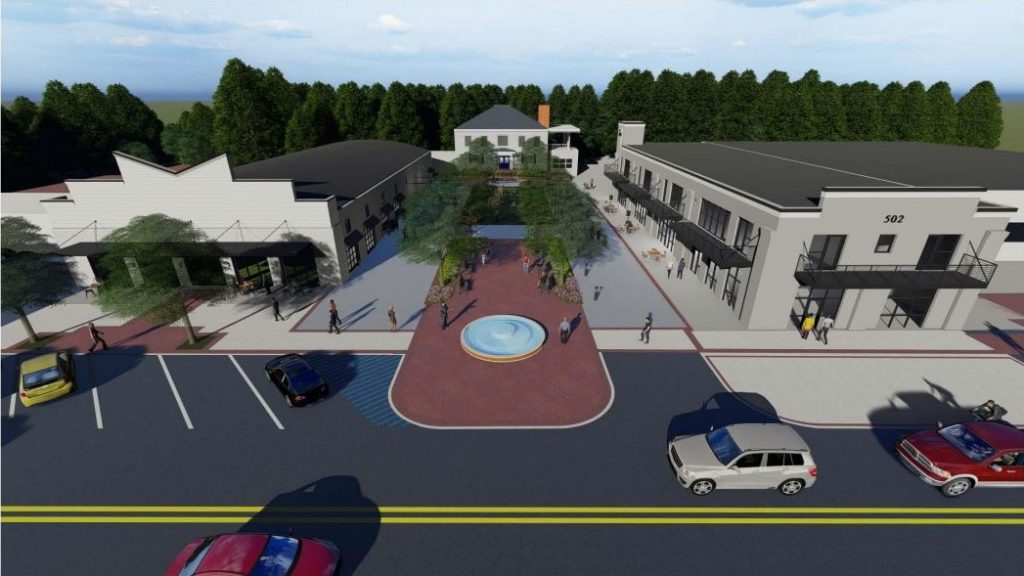 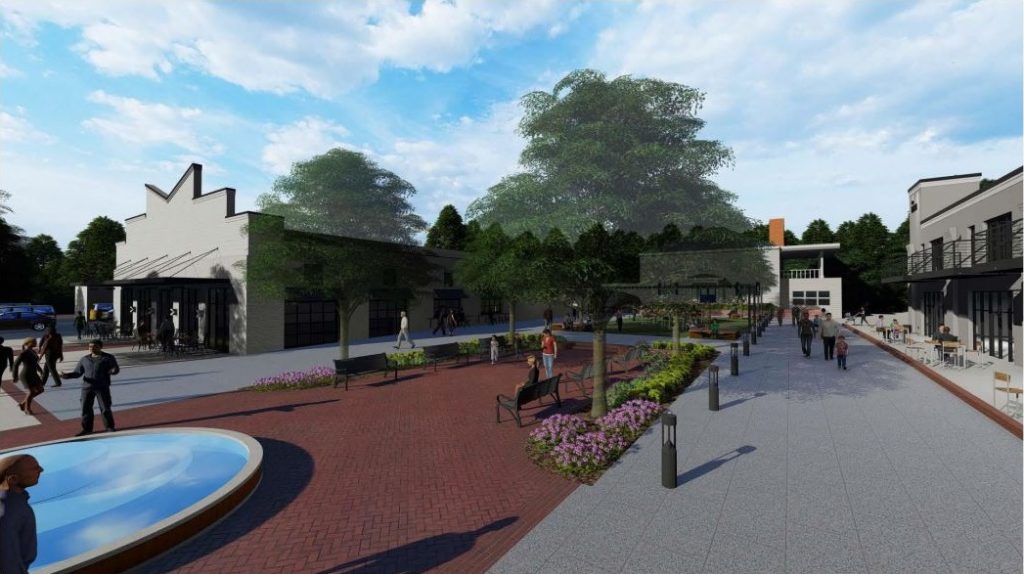 “This (development) will be a huge gateway to downtown Anderson,” Strickland said. “I think a lot of people who have been in Anderson for a long time are very excited to see this happen. It’s really going to activate what is now a dead area of downtown.”

The City of Anderson has plans for an upgrade and expansion of its existing recreation center to include a new multi-purpose turf field that can be converted from one large field into smaller fields for soccer, little league baseball or softball. New bathrooms and concession space is part of the expansion project, along with transforming an existing basketball court into a fitness center. Construction is expected to begin by the end of 2021.

Plans for upgrades at Linley Park call for the removal of baseball fields at the southern end of Linley Park, expansion of the playground area and the extension of a greenway through the park. The addition of a roundabout at the north end of the park is designed to alleviate traffic hazards caused by several streets converging.

In the past year, 12 new businesses have opened in downtown Anderson, with four more now under construction, Strickland said. Those include an ice cream arcade, bridal salon, co-working space and an axe throwing business.

“We’re in the middle of a growth phase in Anderson that we haven’t seen in many, many years,” Strickland said.