An Upstate city reckons with its past in Murder, etc.

January 31 is the anniversary of the day Lt. Frank Looper and his father, Rufus, were shot and killed execution-style in the elder Looper’s garage on Pendleton Street in West Greenville. That’s why 44 years later, Brad Willis chose it as the day to launch his podcast, Murder, etc.

The county’s top narcotics officer in 1975, the younger Looper was reportedly about to break the biggest case of his career but someone intervened. Investigators said the double homicide was the result of a botched midday robbery and sent Charles Wakefield Jr. to South Carolina’s Death Row for the killings. When the case was recorded in the county ledger of arrests and convictions, the charge was listed as ‘Murder, etc.’ 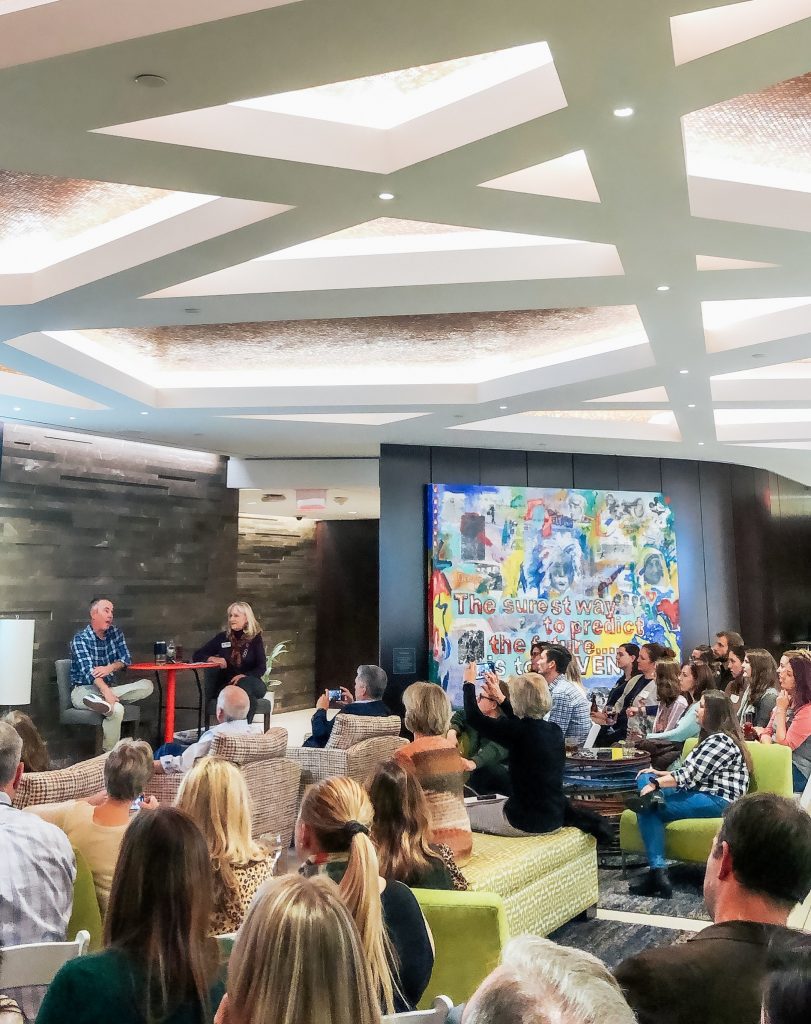 A former television reporter in Anderson and Greenville, Willis had his first brush with the Looper-Wakefield case in 2001 when he learned that Charles Wakefield Jr. was about to be paroled. As the crime and courts reporter, Willis wanted to know how his law enforcement contacts felt about a convicted cop killer being back on the street.

“I called (retired Greenville Police Chief) Mike Bridges and I went to his house and sat in his driveway as he made an indignant speech about what an injustice it was, then I ran back to the station to put up the story,” Willis recalls. “I was so impressed with myself at the time because I kept a cop killer in prison.”

But in 2004, Willis covered the recantation story of a witness who had testified against Wakefield during the murder trial.

It would be six more years before Wakefield would be paroled. Willis left television in 2005 to develop news reporting sites for the gaming industry, but he never stopped thinking about the case and his role in keeping Wakefield behind bars for nearly another decade.

“In 2010, after Charles Wakefield was paroled, I started talking to friends about the story. I just couldn’t get it out of my head,” Willis said. He began pitching the story to major magazines but eventually gave up when there were no takers. 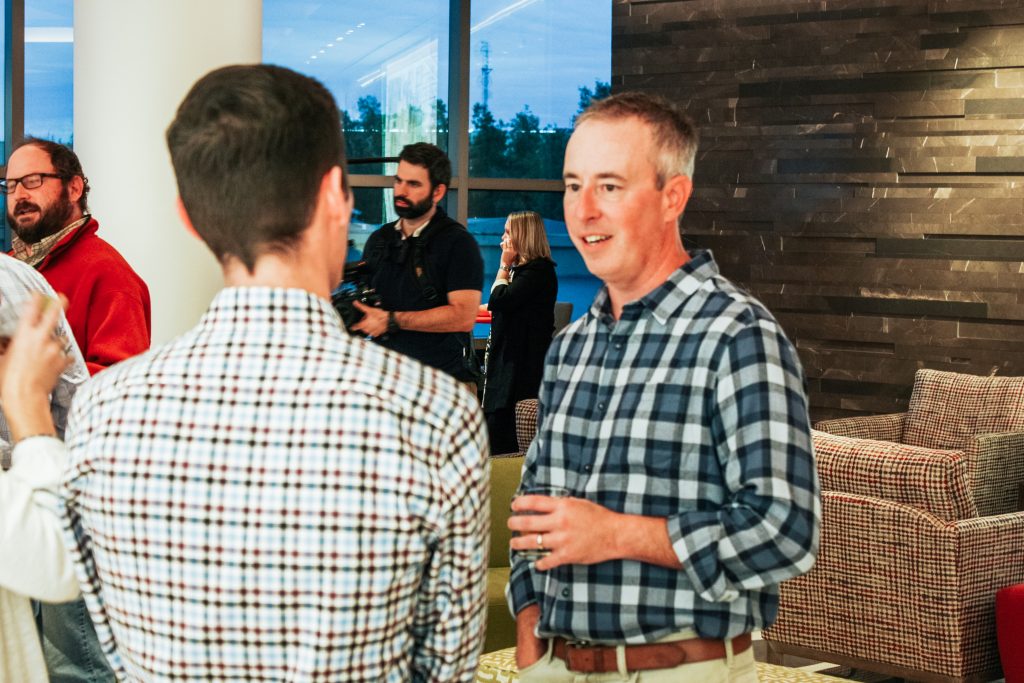 In 2015, Willis wrote a 10,000-word feature for The Bitter Southerner website about a 2010 shootout between law enforcement and those inside a Greenville County poker house.

“After writing that story, I realized I could still be a journalist,” Willis said. “So, I called Charles Wakefield and told him I wanted to write a magazine article about his story.”

Wakefield said no to the magazine article. He wanted to write a memoir.

“He said, ‘I want to write a book but I’m not a writer and you are,’” Willis recalled. “I thought that was an amazing thing to say to a guy that might have been responsible, at least in part, for keeping him in prison for nine years longer.”

Wakefield changed his mind on the memoir and asked Willis to start investigating parts of the case that didn’t add up. After three years of research, the magazine article turned investigative book became a podcast.

The podcast trailer launched on Jan. 31, 2019, followed by the first episode on Feb. 26. To date, Willis has posted more than 17 hours of original content. The podcast has 45,000 downloads a month, with listeners in every state in the United States, every Canadian province and more than 100 countries around the world.

“When I started this story, I knew about Frank Looper and Charles Wakefield Jr.,” Willis said. “I didn’t know about the large collection of organized crime members in Greenville in the 1970s – some of whom were law enforcement officers.”

The podcast highlights a city in the 1970s that is overrun by corruption, violence and the Dixie Mafia. While police reports and trial transcripts form the foundation of Murder, etc., Willis has interviewed numerous individuals who have waited years to tell what they know about that time in Greenville’s history. 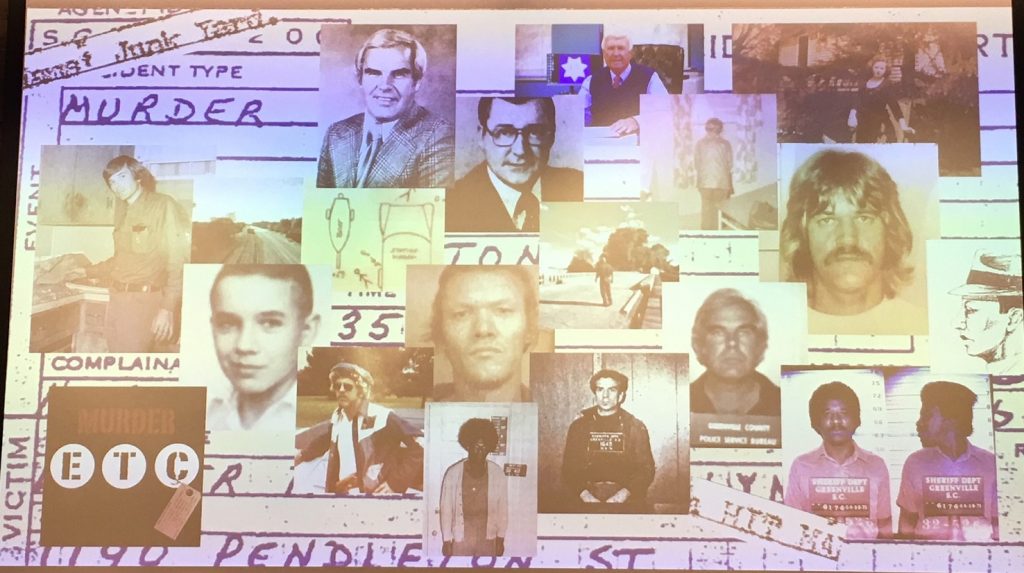 “They lived through it and no one back then would listen to them,” Willis said. “Several people have said that everybody knew (the Looper murders) was an inside job. It’s an honor for me to be able to provide a platform for people to tell their stories.”

Reckoning with the past

Murder, etc. also is a story of a celebrated city reckoning with its past.

“The thing that made me love Greenville when I got here is that it was a beautiful community where I felt like it was safe to raise my kids,” Willis said. “I believe in the vision for the new Greenville, but if you don’t appreciate what it was, then you don’t really deserve to be able to call yourself a citizen. I decided that I needed to know what the city was from its very beginning. It’s a success story. The change is so dramatic.”

While he’s been ‘warned’ many times to back off and suspend the podcast, Willis says he won’t stop until he reaches the end of the story…whatever that is.

New information surfaced earlier this month when Greenville Police Chief Ken Miller revealed the discovery of a letter in an old locker at the Greenville County Law Enforcement Center that casts doubt on Wakefield’s conviction. The letter, sent to the late Sheriff Cash Williams by a woman he appears to have been having an affair with, suggests Williams and his team were involved in the Looper murders and in framing Wakefield.

That revelation got the attention of the North Carolina Center on Actual Innocence, which is now interested in helping Wakefield.

As for Wakefield, he is living in North Carolina and must obtain permission to enter South Carolina.

“Charles recently wanted to go with family members to Carowinds – which is famous for part of it being in North Carolina and part in South Carolina, but his attorney told him that if he accidentally stepped into South Carolina while he was there, he would be in violation of his parole. That’s how free he is,” Willis said.

As for Willis, Murder, etc. is a promise kept.

“My promise when I became a journalist was to always tell the truth. Because I left journalism before I told the truth about that story, I never really felt I had kept my promise. After I met Charles Wakefield and told him that I would investigate and tell the story, I had to keep that promise even though there are countless times I’ve wanted to give up.”