After 100 years, Shoeless Joe Jackson remains one of baseball’s greats

This amazing player was Joe Jackson of Greenville, SC and his incredible career is memorialized in the Shoeless Joe Jackson Museum and Baseball Library on Field Street in Greenville.

Housed in the modest brick home where Jackson lived and died, the museum is a historical treasure that tells the stories of mill life and textile league baseball, the early years of Major League Baseball, and Joe’s rise and fall as a professional player.

Voted the 8th best attraction for sports fans by Readers’ Choice Travel, the Shoeless Joe Jackson Museum has been visited by sportscaster Bob Costas, major league baseball players and countless baseball fans and Shoeless Joe enthusiasts from across the country. 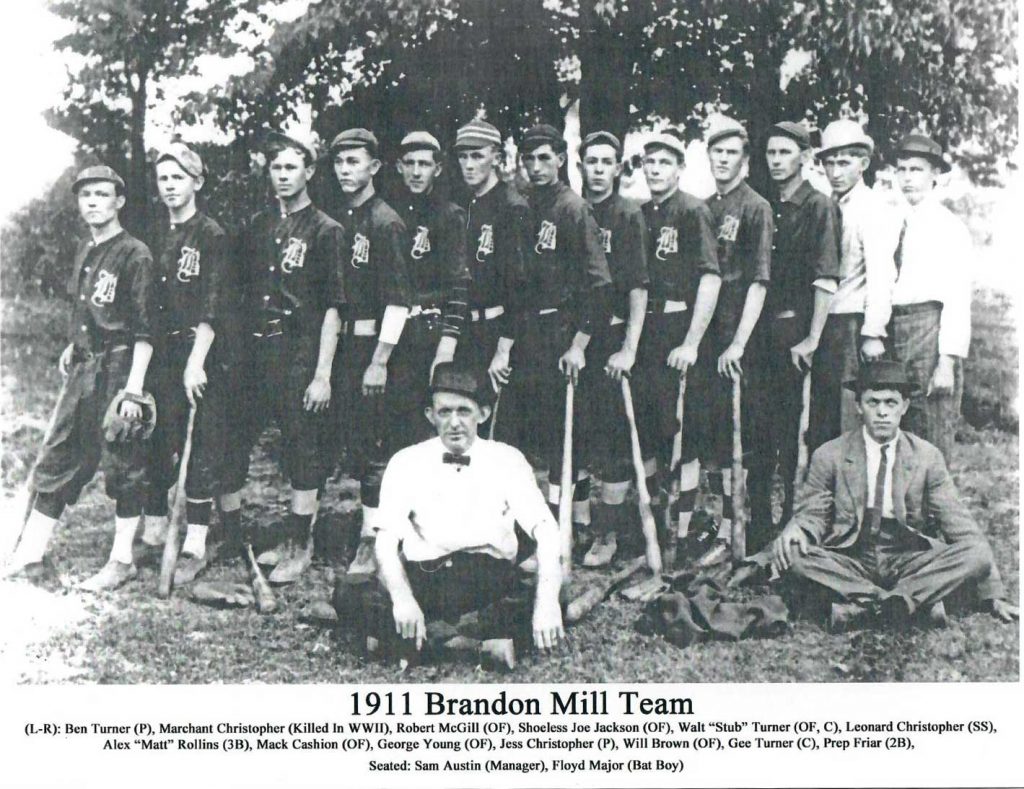 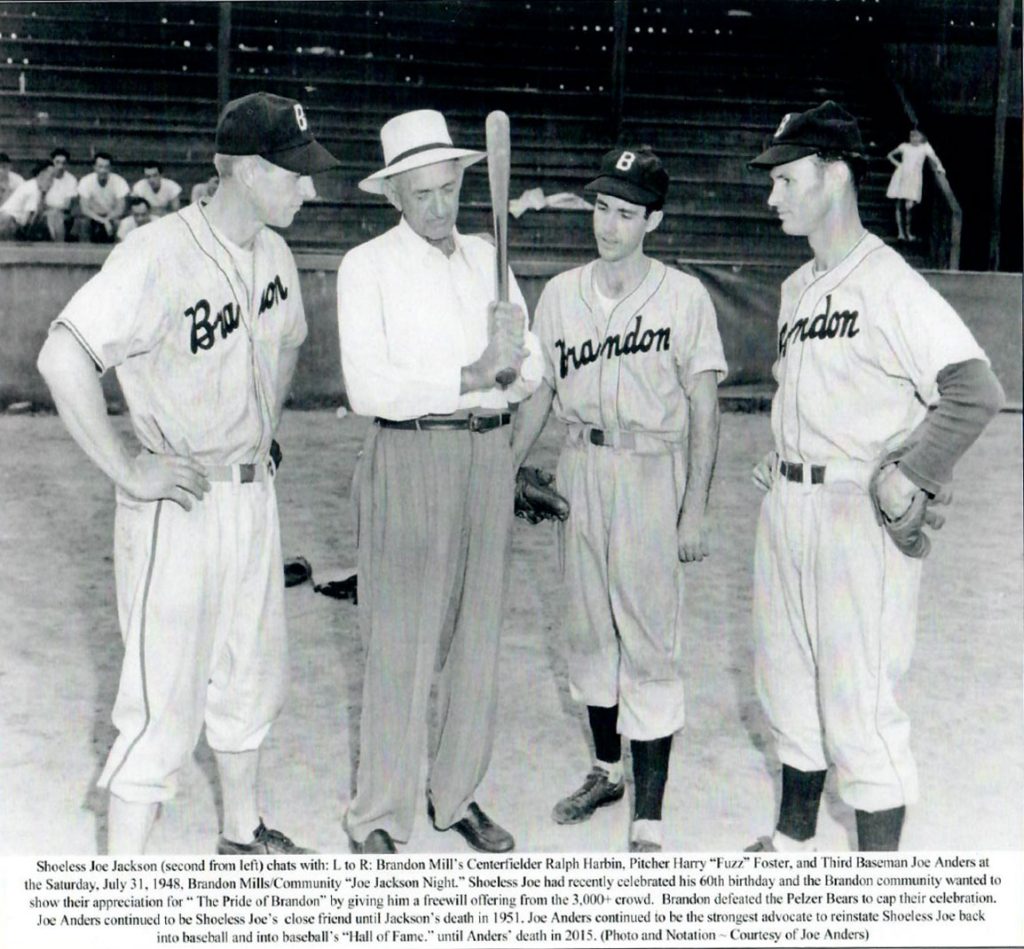 The museum is full of Shoeless Joe memorabilia from baseball cards and photos to a reproduction of Black Betsy, Jackson’s bat that is considered one of baseball’s most fabled artifacts. On a recent visit to the museum, Livin’ Upstate got a glimpse of the rarest among Joe Jackson artifacts – the original copy of his will that bears his signature.

Greenville County Probate Judge Debora Faulkner is the custodian of the will, but stores it at the South Carolina Department of Archives & History in Columbia where the integrity of the document and Jackson’s signature in blue ink can be better preserved. She brought it to Greenville for our interview.

“Joe couldn’t read or write, so he practiced signing his name on a large envelope before signing the will,” Judge Faulkner explains. “Presumably, the envelope was thrown away, and the will is believed to be one of the few times he signed his name.”

The value of the signature is evidenced in a lawsuit filed by the SC affiliate of the American Heart Association and the SC division of the American Cancer Society to gain ownership of the document from Greenville County. Joe’s widow, Katie Jackson, left the assets of her estate to the two South Carolina charities to be liquidated and the money used for research on heart disease, which killed her husband, and cancer, which killed her. 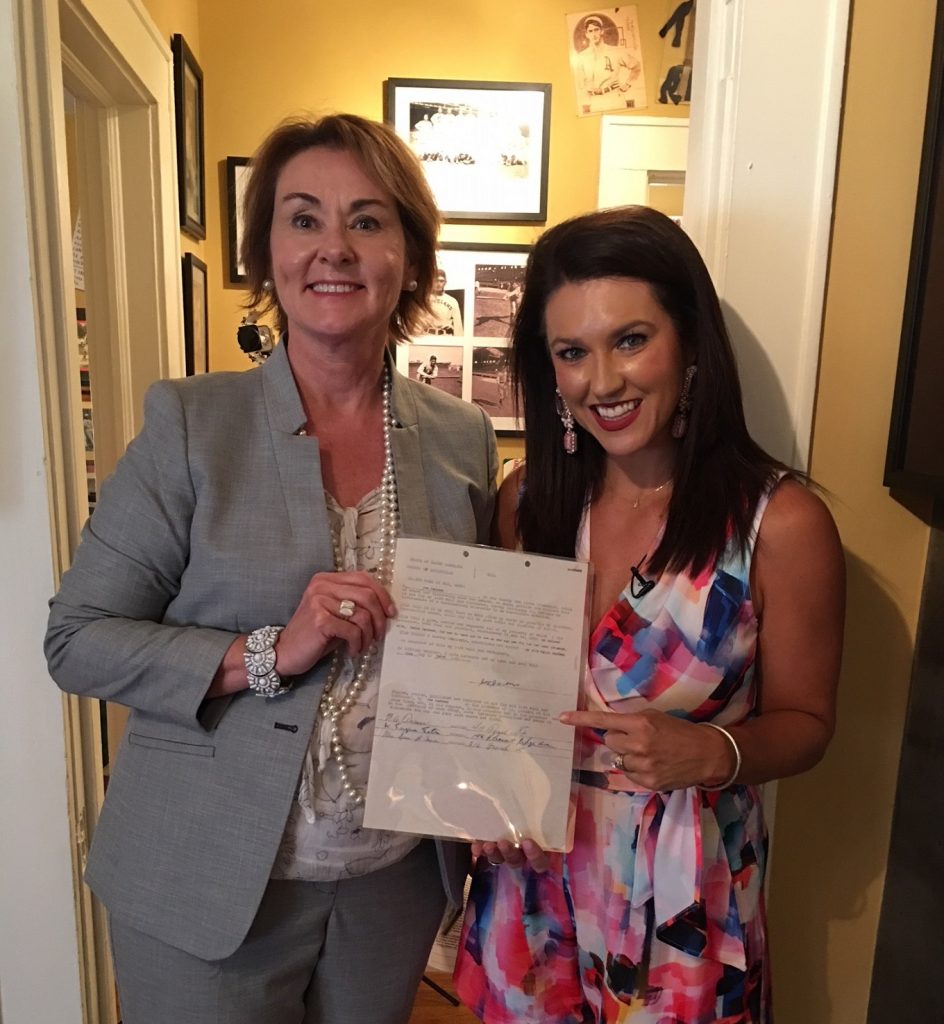 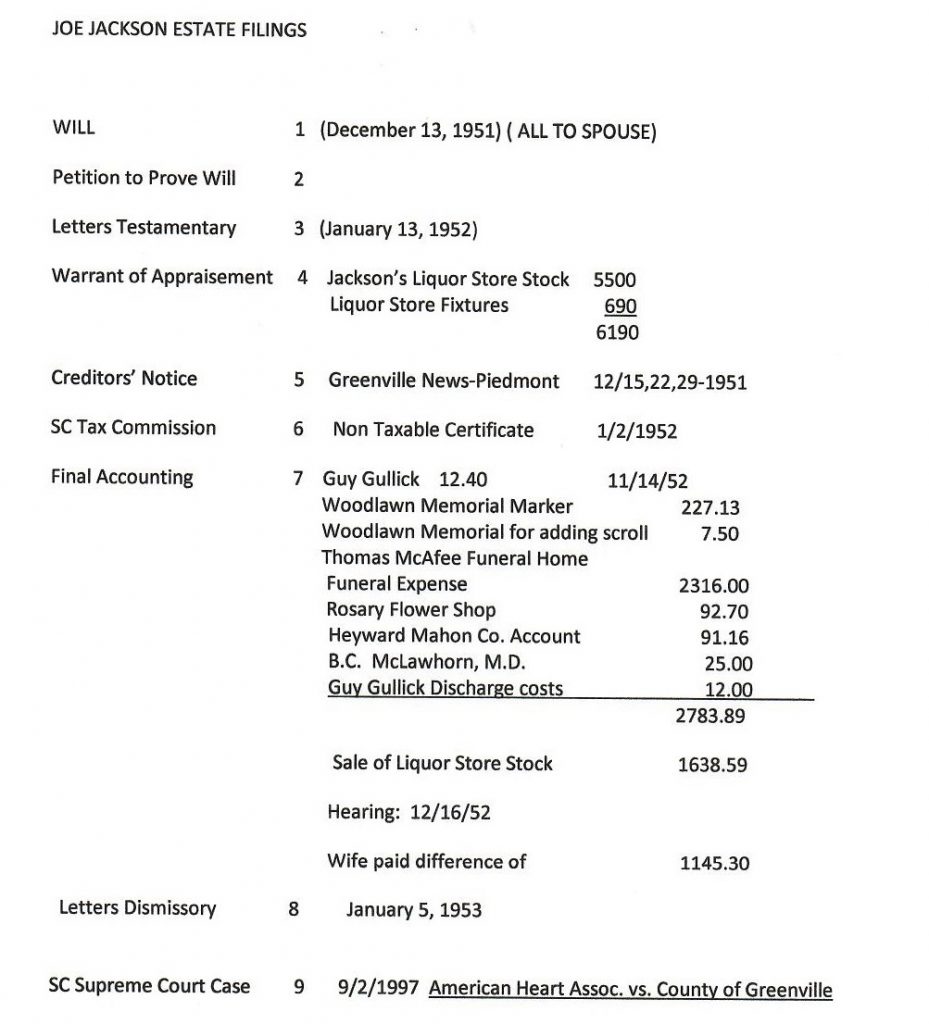 A 1997 ruling by the SC Supreme Court held that the document was public record, not an asset of the baseball player’s estate.

“We find Mrs. Jackson never owned the original will and therefore could not pass ownership of the document to appellants,” the ruling states. “The trial court did not err in concluding the will is a public record subject to retention by the county or State and hence there was no unconstitutional taking of private property.”

It’s been 100 years since the Black Sox Scandal that resulted in Jackson and seven of his Chicago White Sox teammates being permanently banned from professional baseball. The punishment also included banishment from honors such as consideration for the Baseball Hall of Fame. Major League Baseball has a new commissioner who has signaled that he may be willing to consider the countless calls for Shoeless Joe’s reinstatement, according to Mike Wallach, managing director of the Shoeless Joe Jackson Museum Board of Directors.

“There is a groundswell of interest in Joe Jackson and we want to take advantage of that here at the museum,” Wallach said. 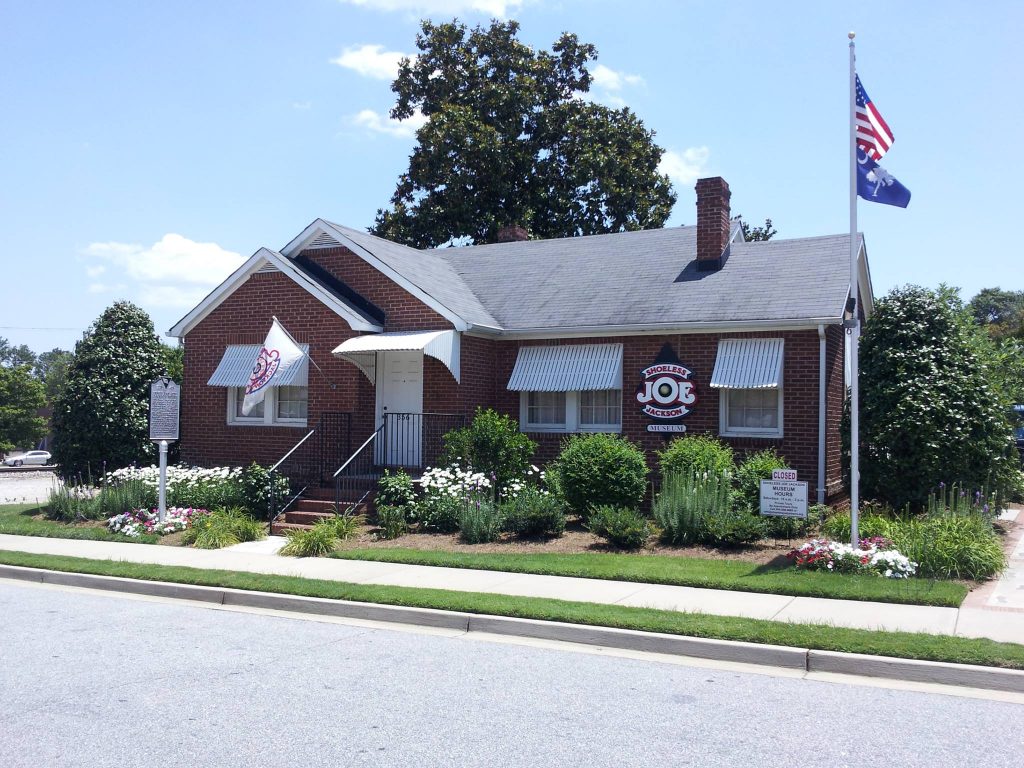 The house where Joe Jackson lived and died is now his museum. 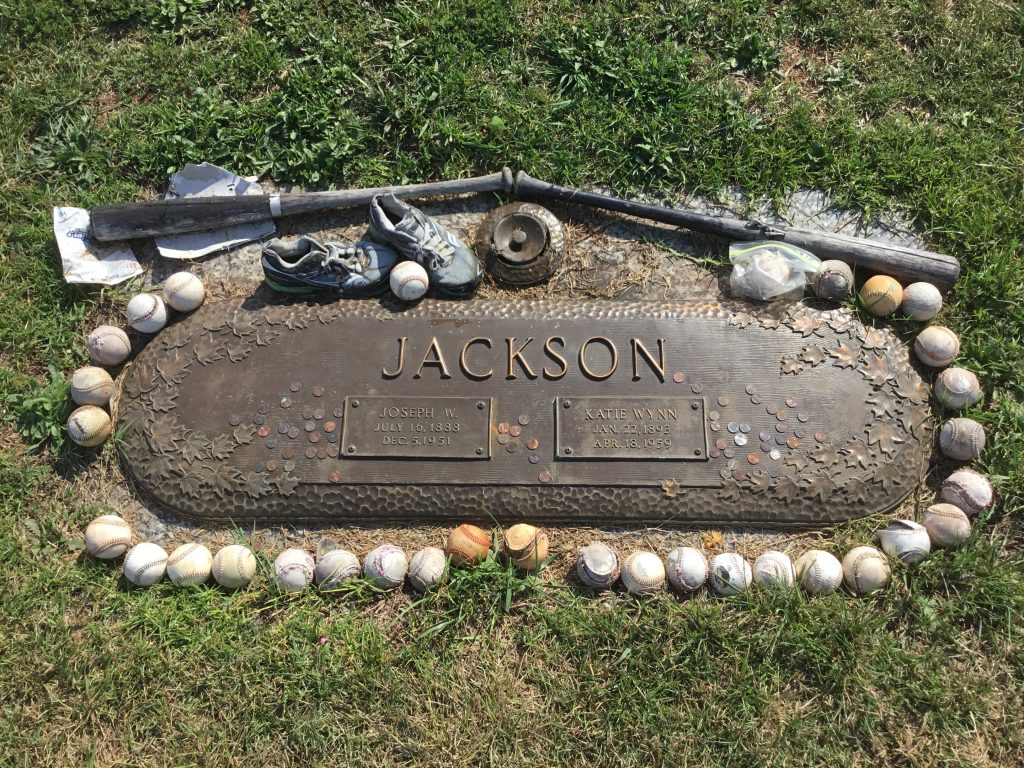 Slated for relocation later this year, the Shoeless Joe Jackson Museum will move about 100 yards to the south at the opposite end of Field Street. The museum’s address will remain 356 Field Street, representing Jackson’s lifetime batting average.

After the move, the museum will be open seven days per week, including before all Greenville Drive games. In the meantime, the museum is open on Saturdays, from 10 am until 2 pm. Private tours also can be arranged by calling the museum at (864) 346-4867 and leaving a specific request for a private showing.