A Greenville story: 55 years and counting with International Plastics

The following content was provided by South Carolina Manufacturing.

In June 1964, U.S. military forces began ramping up operations in South Vietnam as the Beatles embarked on their first, and only, world tour. That same month, Greenville-Spartanburg Airport prepped for its second birthday in October and 38-year-old World War II Veteran and Upstate entrepreneur, J.R. McClure, took out a $500 loan from his mother to set up shop in the flexible packaging industry.

From this, International Plastics was born, turning their first dollar in what is now an Aldi at the corner of Tulip Street and North Pleasantburg in Greenville.

To make some elbow room in the plastics industry, “our mother, Fran, came up with the name because of an existing competitor, Universal Plastics,” Mark McClure said, Vice President and second-generation family-member on the job. 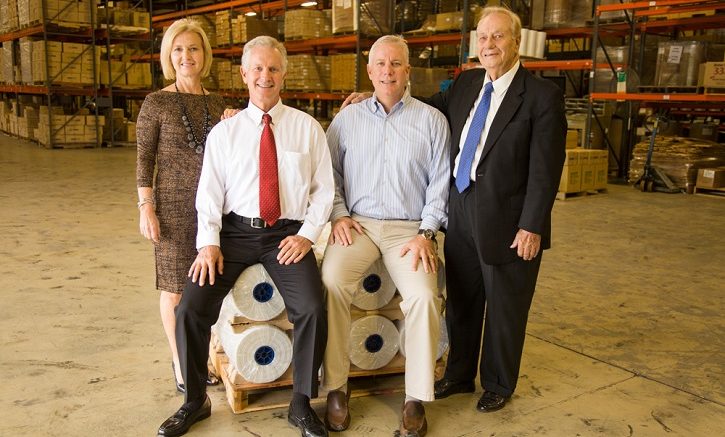 The McClure Family of International Plastics.

Back then, the plastics business was just getting started, but J.R. found his niche converting polyethylene film into plastic bags for the textile industry.

For most of the 1970’s, the Upstate company remained small and operated with only two employees. It wasn’t until 1976 that Carolyn became the first of J.R.’s five children to clock-in at the family business. Eventually, they’d all come on-board. Steve in 1977, Jon the following year, Rob in 1985 and finally Mark in 1989.

“I was still in high school but started working part-time and on summer vacations,” Carolyn said.

“With my oldest brother down in Texas at the time and Steve in college, I got the job by default,” she joked.

But it wasn’t Carolyn’s first go-round at her father’s firm.

“When I was a little girl, I’d play office at dad’s work,” she said. “Whatever he’d ask me to do, I’d knock out fast because I loved the praise for a job well done.”

By 1988, International Plastics broke ground on a new facility off Pelham Road in Greenville where the company remains today. Since coming to the location, the McClure’s have overseen three major expansions, adding more than 75,000 sq. ft. of warehouse and office space.

At 93 years old, J.R. says “I still have to pinch myself to see how much God has blessed my family and the extended International Plastics family. It seems like yesterday, but a lot has happened, none of which I could have even imagined.”

With 45 local associates and growing, the South Carolina business confirms revenues in the $25-50 million range.

As new products and markets open up, Steve McClure, the company’s president, said his vision for the family firm is to continue growing the bottom line while sharing the profits with company associates, the community and supported charities around the world.

“We will continue taking advantage of new opportunities,” he said.

Since opening their doors more than five decades ago, the McClure Family have watched their local start-up elbow its way to the world stage and become a reliable economic force in the Palmetto State.

Data compiled by the Bureau of Labor and Statistics shows only 10% of companies survive 50 years or more. Of those that are family-owned, only 30 percent make it to the second generation. 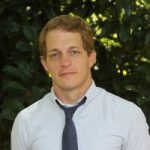 Joe Toppe is South Carolina Manufacturing founder and editor. A graduate of Kent State University’s School of Journalism, Joe has worked in the communications field covering business and manufacturing for 15 years as a photojournalist, staff writer, editor and angel-invested business owner.