Almost 20 years ago, Brad Jones had a young hunting companion named Isaac Ponder who was suffering from terminal leukemia. With no hunting adventures available to Ponder through any of the major wish-granting organizations, Jones established his own organization in honor of his friend called The Outdoor Dream Foundation.

“At the time, most of the major wish-granting organizations had dropped hunting,” Jones explained. “We felt this was an important thing to do and shortly after (Isaac’s) death, we started The Outdoor Dream Foundation in 2004.” 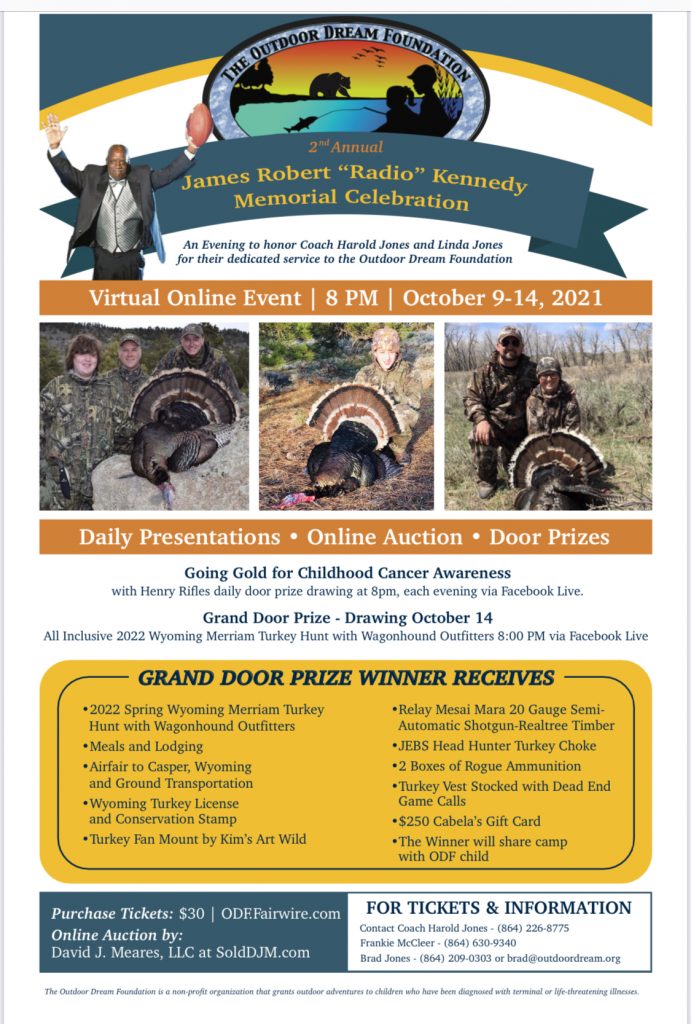 Since that time, the Anderson, SC-based nonprofit organization has raised millions of dollars to send more than 1,500 children and young people with terminal or life-threatening illnesses on hunting, fishing and other outdoor excursions.

“A lot of these children will never play ball or any kind of sports, but we can teach them to hunt and be successful at it,” Jones said.

From turkey, elk and antelope hunts out West to mushing in Alaska, The Outdoor Dream Foundation funds 40 to 50 adventure experiences each year for children throughout the country. The organization has gained support from sports figures such as NFL Hall of Famer Larry Csonka and professional bass fisherman Hank Parker, and for four years had a television series, “Outdoor Dream TV”, that aired on the Pursuit channel.

The all-volunteer organization is funded primarily through special events and fundraisers such as the Freedom Dream Walk/Run held each July in Anderson and a fall fundraiser that will be a virtual event in 2021.

The 2nd Annual James Robert “Radio” Kennedy Memorial Celebration benefiting The Outdoor Dream Foundation will be held online Oct. 9-14. The five-day event includes an online auction with items such as sports memorabilia and hunting and fishing equipment, a daily drawing for a Henry Golden Boy rifle, and a grand prize drawing on Oct. 14 for an all-inclusive 2022 Wyoming Merriam Turkey Hunt at the Wagonhound Ranch in Douglas, Wyoming. Tickets are $30 each.

A highlight of this year’s event is an evening honoring former TL Hanna High School Football Coach Harold Jones and his wife, Linda, for their dedicated service to The Outdoor Dream Foundation. Coach Jones and Radio raised money for the foundation through speaking engagements and sales of books by Sports Illustrated writer Gary Smith, whose article, Someone to Lean On, inspired the 2003 film Radio starring Cuba Gooding Jr. as Radio and Ed Harris as Coach Jones.

“Dad is 87 and Mom is in her 80’s, so to have them still being the backbone of the fundraising and a lot of stuff that goes on behind the scenes makes us really proud,” Jones said. 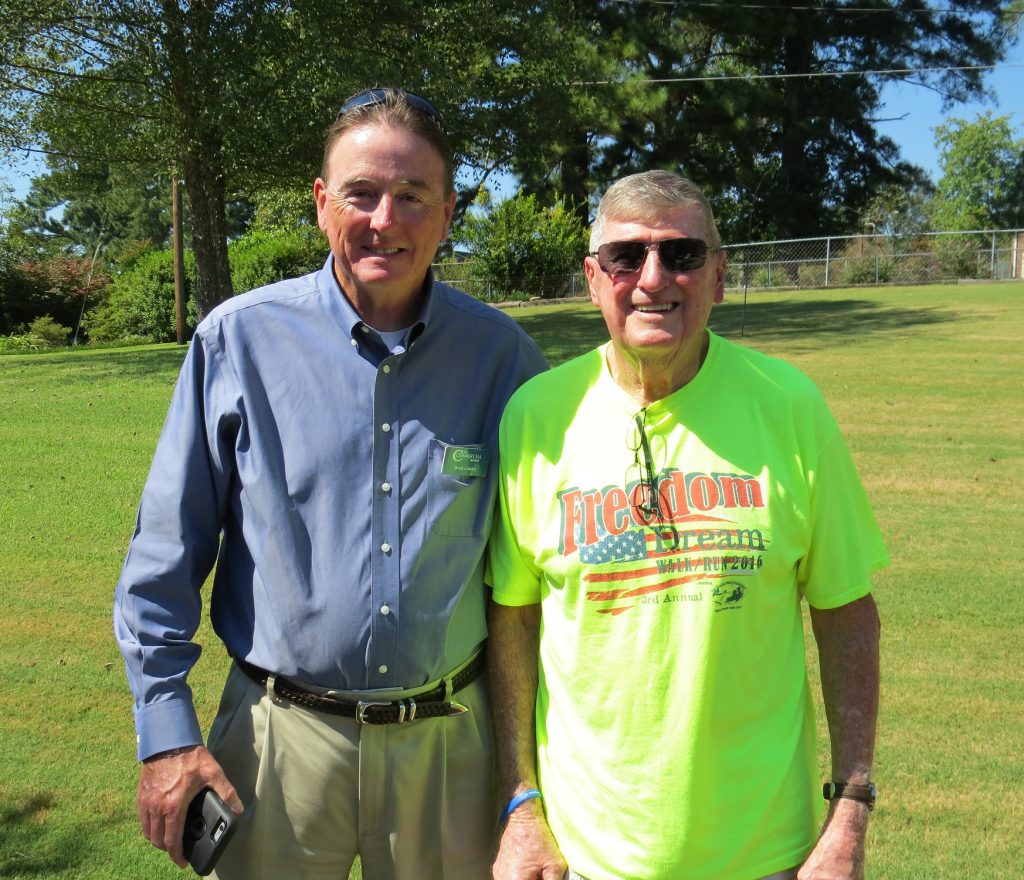 The senior Jones, who refers to himself as “a worker in this outfit,” says he wants to keep Radio at the center of the organization’s fundraising efforts.

“He’s an icon as far as we’re concerned and he’s brought so much attention to Anderson,” Jones said. “When some of (the children) went on local trips, Radio went out there and fished with them and he loved it. We really miss Radio. He was just like part of our family. He was such a good guy.”